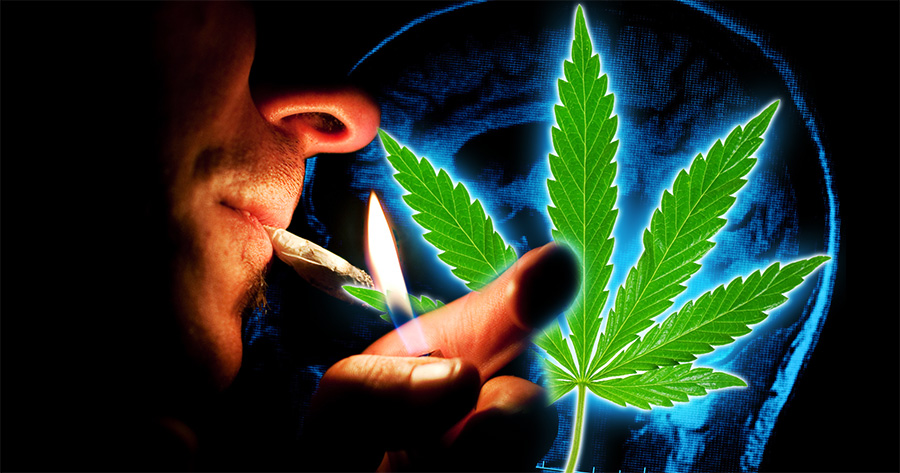 Is there a connection between cannabis and schizophrenia? Are you afraid of trying medical marijuana or cannabis products, because you’ve heard that it could cause you to “go crazy”? A lot of experts on the subject, including mental health professionals have alleged that cannabis causes schizophrenia. Let’s look at the facts.

Cannabis and Schizophrenia- The Research

In 2014, the Harvard Medical School conducted research into this subject, due to the numerous dubious articles appearing on the Internet about cannabis causing schizophrenia. This research was published in the Schizophrenia Research Journal. In this study, 282 subjects were chosen and were sectioned off into four different groups;

The study went further to obtain data about all first-, second-, and third-degree family members. This also included any family members that had a previous history of any psychiatric illnesses. This ended up with data on 1,168 first-degree relatives, making for a complete total of 4,291 relatives. This research study collected a large amount of information on cannabis use, depression, bipolar disorder, schizophrenia, any kind of drug abuse, and any family history regarding these.

Cannabis and Schizophrenia- The Findings?

“The researchers concluded that the results of the current study, “both when analyzed using morbid risk and family frequency calculations, suggest that having an increased familial risk for schizophrenia is the underlying basis for schizophrenia in these samples — not the cannabis use. “ (Schizophrenia Research Journal)

In a nutshell, it reveals that schizophrenia is not caused by marijuana abuse or sole use of cannabis. However, if a person has a genetic predisposition to schizophrenia, then there is a possibility of some connection. Let’s stop right here and look at this last fact.

The possibility of a connection between two things does not make it a probability, nor an actuality. Many things are connected, and it is a scientifically proven fact that our brains are naturally prone to find connections and make quick judgments based on those connections. At times it can serve us well, but at other times it can cost money and lives.

We tend to believe authority figures over common sense and facts, letting the proverbial “white lab coat” persuade us of a certain perception. The Milgram Experiment is a perfect example of people giving up their freedom to think for themselves willingly to a perceived authority figure, whose only credential was wearing a white lab coat and giving orders. (Influence. The Psychology of Persuasion.- Ch. 6 “Authority ppgs. 208-236 by Robert Cialdini, PhD.)

You don’t want to take anything you read at face value, even if it does come from a respected authority source. When you’re evaluating information, take the source into consideration. Is the source credible? Does your resource have a bias? What is his/her motive? What do they have to gain by persuading you? What do they have to lose ? You want to think like a detective to find out the facts. (How To Find Out Anything. From Extreme Google Searches to Scouring Government Documents, a Guide to Uncovering Anything About Everyone and Everything. Ch 1, ppg. 10 -27 by Don MacLeod)

We all have natural tendencies for all kinds of biases. Professionals, politicians, doctors, scientists, writers, researchers, lawyers and people in general still have these biases and can easily fall prey to their own mistakes in thinking. You want to take into account the source’s inevitable bias, even when you’re looking at seemingly factual resources. (Seeking Wisdom. From Darwin to Munger. Psychology of Misjudgments. 28 Mistakes in Thinking. Ch. 5 , ppg 29-42. by Peter Bevelin)

What is Their Bias?

Some of the more common biases you’ll want to look out for, in regards to the topic of cannabis consumption and safety risks are:

Cannabis and Schizophrenia- The Conclusion

In conclusion, there seems to be a lot more research and study necessary to understand the real effects and possible risks associated with cannabis use. While you want to be skeptical about reports of the dangers of cannabis use, you don’t want to automatically disregard anything indicating risk. The key is to be objective, use logic and be rational about things. Emotional-based conclusions can easily apply on both sides of the cannabis argument.

One thing is certain: Using cannabis, in of itself, does not cause schizophrenia. If you have a family history of schizophrenia, or you have this condition, then you’ll want to use caution when consuming any kind of mind-altering substance, including cannabis. This is especially important if you’re taking any kind of prescription medication. Check with your physician and be sure to research for any possible drug interactions. Otherwise, you can rest easy, knowing that cannabis does not cause schizophrenia.

About the Author: Enigma Valdez

Enigma Valdez is freelance copywriter, specializing in the cannabis industry. His rich, diverse background experience enables him to deliver, fresh, hot, sizzlin' sales copy, sharpen your web content, and boost your bottomline profits. You can reach him via LinkedIn https://www.linkedin.com/in/enigmavaldez/ or call 424-653-6682 for more information.