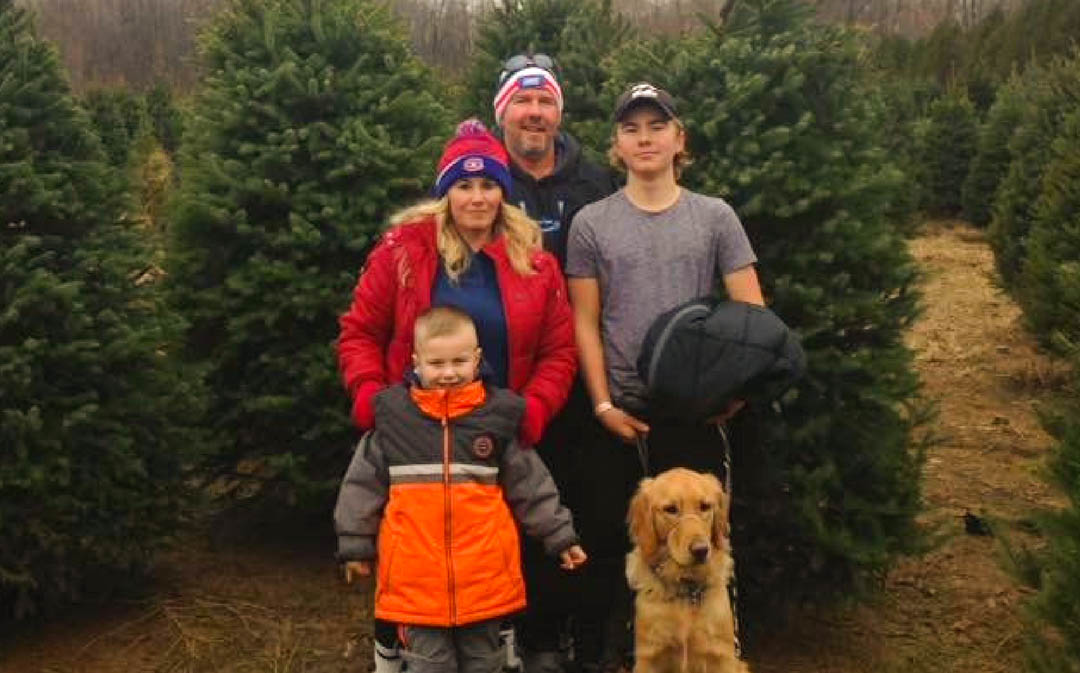 With cannabis now firmly in the spotlight, it’s acceptance as use as a medicine is becoming far more common, and it’s not at all surprising.  Medical marijuana has shown time and time again to have amazing effects for patients battling all types of health conditions, from back pain to epilepsy and everything in between.  The negative stigma surrounding this ancient medicine is finally starting to reverse and cannabis is being recognized for it’s wonderful medicinal properties.  There are countless stories of people, who thought they were beyond hope of living a comfortable life, finding themselves back on their feet after discovering the health benefits of medical cannabis.

One such story introduced us to the Cruickshank family of St. Thomas, Ontario.  Therese and Tage Cruickshank are the parents of a lovely boy named Logan, who was diagnosed with Cerebral Palsy when he was less than a year old.  His parents noticed that as a baby, Logan would continually clench his right hand, prompting them to have tests done through their pediatrician.  When the test results came back, they weren’t good.  The family was devastated to discover Logan’s condition, and were in disbelief when told that he would require 24-hr care for the rest of his life, never even having a chance at a normal life.  After the initial shock, Therese and Tage decided to remain positive and sought a second opinion.

Through further testing, doctors determined that Logan’s condition was not as severe as initially suspected.  This was welcome news, but Logan’s diagnosis of Spastic Asymmetrical Triplegic Cerebral Palsy meant that he would always face challenges using his right arm and both of his legs.  How much he would be limited was unclear, and luckily Logan did a lot better than initially feared.  Things seemed to be looking up for Logan and his family.

That was until one night when, as Therese and Tage were quietly watching a movie while Logan slept, they heard strange noises emanating from Logan’s room.  They rushed to see what was going on and found Logan unresponsive with his eyes slightly open, convulsing to the back of his head.  They attempted to wake him, but that just made things worse.  Logan began to vomit and his body went stiff as a board.  In a panic, they phoned 9-1-1 and had Logan taken to the hospital.

A nerve racking time spent in a separate waiting room led his parents to fear the worst.

Logan’s father, Tage told us he was terrified.  “I had this sick feeling in my stomach that the doctors were going to tell us Logan passed away.”

Thankfully this was not the case, but the doctors said Logan had suffered a severe seizure, lasting five hours, and that it was difficult to pull him out of it.  Logan appeared to be ok, but after suffering a further three seizures in the next one and a half months – he was diagnosed with Epilepsy.

Over the course of the following five years, Logan was seen by every specialist possible and tried a variety of medications meant to fight Epilepsy.  The search for a suitable treatment was not going well, as the medications had little to no effect on Logan’s seizures.  He was suffering one grand mal seizure every month, which would require medical intervention to make it cease.  The high doses of medication he was taking also began to induce absence seizures.  Changing medications again seemed to help, but three months later Logan was right back where he started and suffering from severe seizures.

At a loss the family began to look for other options and treatments not found in mainstream medicine.  During their research, medical cannabis came up again and again.  Therese and Tage had heard about all the negative stigma surrounding cannabis and were wary of treating Logan with the “drug”.  However, the more they researched, the more hope they felt that maybe, just maybe, medical cannabis could help Logan find some relief.  They then spoke with a friend, who highlighted many of the benefits of medical cannabis, but it wasn’t until the family was picking up a service dog for Logan in Ohio, that the Cruickshanks journey with medical cannabis truly began.

A couple from Oregon they met in Ohio told them about their successes treating their daughter’s Epilepsy with medical cannabis.  After hearing their stories, Therese and Tage felt more hopeful and optimistic than they had in years.

Upon returning home, they got busy trying to get Logan treated with medicinal cannabis, but to no avail.  Their family doctor was against it.  Logan’s neurologist also said no.  Deflated, the Cruickshanks thought that they would not be able to even try the treatment that so many had said might be able to help Logan.

It wasn’t until meeting with Martina, a cannabis coach from Medical Marijuana Consulting, that things started to look up.  Martina was a believer in the power of medical cannabis and offered to help.  She ended up finding someone who would attempt to help Logan.

Logan took his first dosage of cannabis oil in September of 2017, and his journey to a better life began.  As a precaution, and to avoid complications or withdrawal effects, Logan would initially continue taking his pharmaceutical drugs alongside the cannabis oils.  A few weeks into taking the cannabis oil and Logan was already showing signs of improvement.  His seizures were lessening dramatically, so his parents decided to begin weaning him off the pharmaceutical drugs in November.

Three months later, on February 4th, Logan celebrated the ending of his taking pharmaceutical drugs by ceremoniously dumping them into the trash bin.  The previous few months had seen his seizures lessen to five or six in total, compared to the five or six he was having every week before.  Logan’s recent run has been 15 days with no seizures, and everyone is ecstatic.

“It’s been pretty remarkable.  I’m not naïve to think he’s never going to have a seizure again, but from what we’ve seen since we’ve started weaning him off the medications, is a boy we’ve really never had the chance to meet,” said Tage.

Logan’s parents are finally meeting their child properly.  He’s developed an engaging personality, and is much more active, doing things he’s never done before.  The high doses of pharmaceutical drugs had been keeping him sedated and dulling his vibrant personality.  Now that Logan is taking only the cannabis oil as treatment, he’s showing everyone the child he really is.

The medical cannabis treatment has worked wonders with Logan’s Epilepsy and has also had a positive effect on his Cerebral Palsy.  With more energy to burn, Logan is up walking more, something which would have left him in pain at night before, but the cannabis oil treatment has helped him remain pain-free.  Logan has become a normal seven-year-old boy, complete with “selective hearing” and unbendable defiance to match.  His family couldn’t be happier with how things have been going and they give credit to medical cannabis. 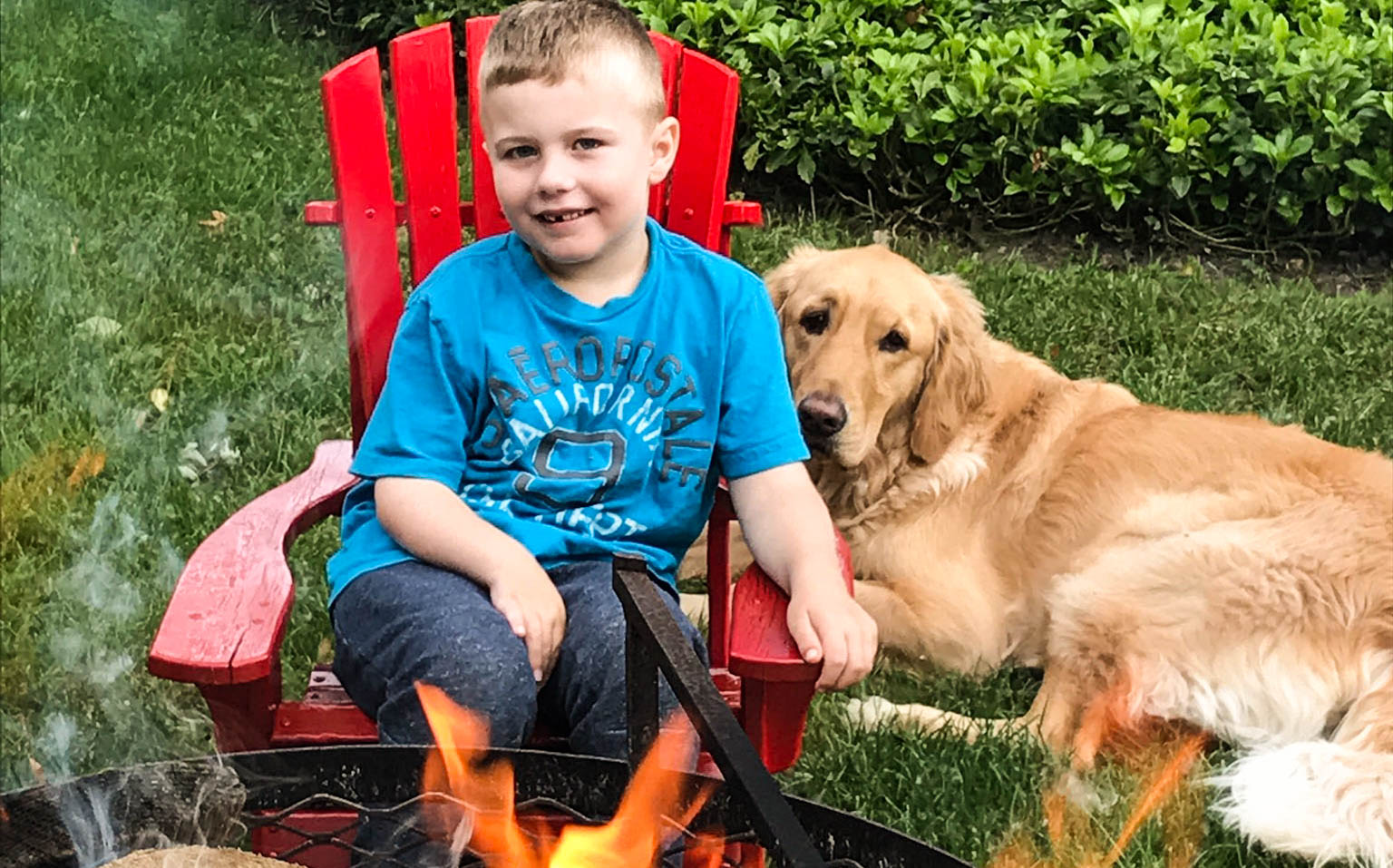 After the journey the family has been through, Tage is a man with a changed opinion.  “I have gone from being completely ignorant to cannabis because of the stigma attached to it, to after my research, being cautiously optimistic, and now I’m confident in saying I’m a huge advocate. It’s changed our lives, but most importantly, it’s changed Logan’s life.”

Stories like these are common all over the world.  Medical cannabis is being used successfully to treat Epilepsy, among other conditions, and it’s just the beginning.  Licensed producers in Canada have been paying attention and are doing what they can to act for everyone’s benefit.

Koby Smutylo, COO of London, Ontario Licensed Producer Indiva Limited, is fully onboard, “We’ve heard a lot of similar testimonials and we are looking forward to future peer reviewed studies on cannabis and epilepsy.”

Medical cannabis gives us hope for the future, for families like Logan’s and for people suffering all over the world.  With legalization fast approaching in Canada, we look forward to the widespread availability of all the health benefits this medication can provide.