Cannabis Clones Vs Seeds – Pros and Cons to Consider 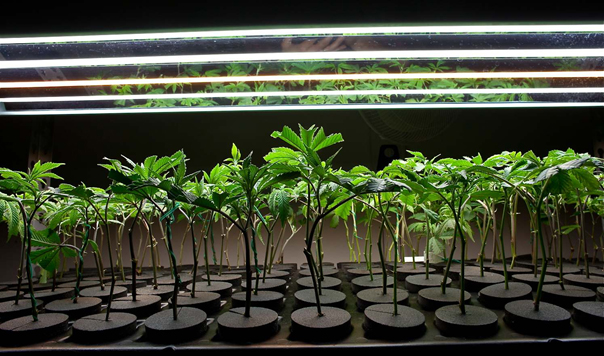 If you’ve made the decision to set up your very first cannabis grow…well, first of all congratulations on heading one step closer to becoming a real connoisseur! That being said, there is one decision of extraordinary importance you need to make before even thinking about getting started.

Find any cannabis grower with an opinion on the whole clones versus seeds debate and chances are their opinion will be rather vigorous. It’s rare to come across anyone who sits on the fence with this particular argument – most having hardcore views on one side or the other. All of which can make it rather difficult for those new to the idea of cannabis cultivation to work out which method they themselves should go for

How is cloning different than growing directly from cannabis seeds?  Well, it’s basically a process whereby cuttings of existing mother plants are used to grow entirely separate plants – largely identical in every way to their parent. Some will tell you right off the bat that this represents nothing short of cheating, while others will say it’s nothing more than a fantastic common sense approach to growing the best buds.

What’s the truth? Assuming you are a first time grower and you haven’t yet decided which strategies to adopt, would you be better off buying seeds or scoring yourself a few clones?

The truth is that both methods have their own distinct advantages and disadvantages, which must be considered before making a final decision.  Realistically, there’s no reason why you cannot produce simply fantastic results with either approach – it’s all about your own personal preferences, circumstances and beliefs.

As already mentioned, clones differ from seed-grown cannabis plants as they are produced by taking cuttings from mature plants and subsequently re-planted.  The point of appeal being that not only do you not have to go through the seed germination process at all, but you are to some extent given the promise of a plant near identical to its mother.

Contrary to popular belief however, growing strong and healthy marijuana plants from clones isn’t necessarily any easier than growing from seed. In fact, given the way in which clones will inherently be affected by any health issues their mother plants had, it absolutely isn’t an approach that guarantees success.

The Advantages of Growing Clones

So as far as outspoken advocates are concerned, what are the primary benefits of growing marijuana from clones?

The Disadvantages of Growing Clones

As for those on the more critical side of the fence, they certainly have more than a few disadvantages to point out when it comes to cloning, which include:

Making the Most of Cuttings

So as it can clearly be seen, it’s definitely a tale of two halves and one where there’s truth on both sides of the argument. But assuming you’ve made the decision to go ahead with cuttings, what should you be doing to maximise your chances of getting everything right?

Well, as already touched upon multiple times, the singe most important consideration is that of the mother’s plant’s health. If you take cuttings from a mother plant of the utmost quality, strength and resilience, it is largely guaranteed by your own plants will exhibit similarly positive qualities.

Generally speaking, the very best results when growing from cuttings can be expected from the third generation. This is usually the generation that promises the strongest and fastest-growing plants with the most impressive yields to follow.

It’s important to be wary of cuttings sourced from elsewhere and to remember to ask as many questions as necessary to verify what it is you are buying. More often than not, growing from cuttings comes more highly recommended for those who have already had their own outstanding plants from which to take cuttings.