The Biggest and Best CBD Strains Money Can Buy

At the risk of generalising, most cannabis users are all about tetrahydrocannabinol. THC being the psychoactive cannabinoid responsible for delivering that uplifting ‘high’ that’s synonymous with cannabis consumption. As such, it is common for cannabis users to search high and low for the strongest strains they can lay their hands on – ideally packing as much THC as physically possible. And the higher the concentration of THC, the more potent and powerful the high.

On the other side of the spectrum however, millions of cannabis users turn to pot for alternative reasons. Rather than looking to simply get as high as possible as quickly as possible, they’re instead about relaxation and relief. Particularly in instances where cannabis is used for medical purposes, the strains with the highest concentrations of CBD can be quite remarkable. CBD being the non-psychoactive cannabinoid that’s been linked with an extraordinary array of incredible medical benefits.

From anxiety to depression to chronic pain to insomnia to muscle spasms to inflammation and so many more besides, CBD can be used to treat a variety of conditions, without the risk of lethargy or dysphoria. What’s more, on-going studies into the beneficial effects on CBD are continually uncovering new benefits and previously unknown applications.

So assuming you’re on the lookout for one of the best and highest CBD strains on the market right now, which strains should you opt for? 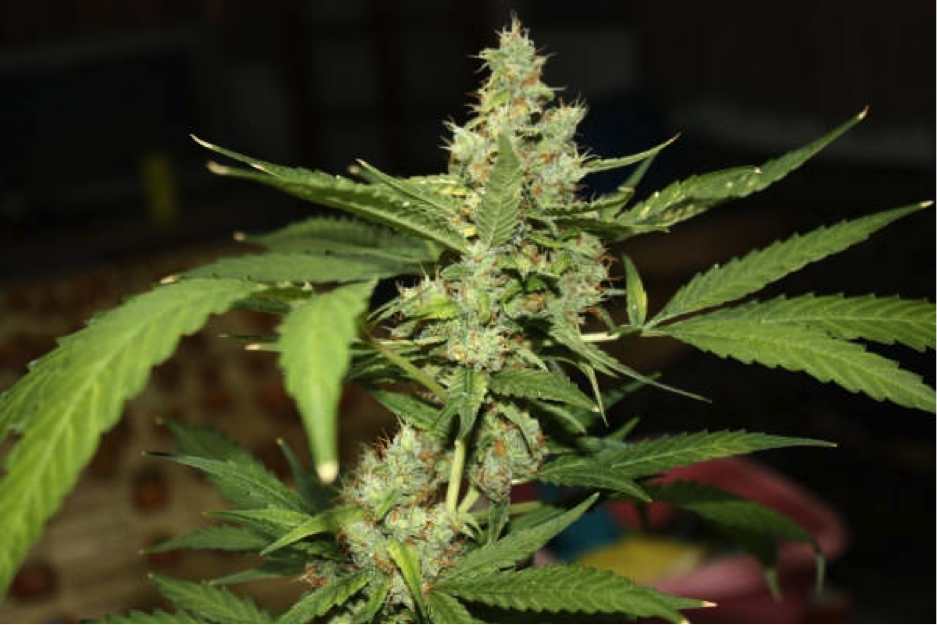 Right off the bat, CBD Critical Cure has attained legendary status on a global basis, ever since the day it made its first outing. Developed by the renowned engineers at Barney’s Farm Seeds, this extraordinary CBD-dominant hybrid brings a ruderalis strain together with Critical Kush. Heavy on the indica side of things, CBD outpunches THC on a 2-to-1 ratio – typically packing just 5% THC and 11% CBD. Every hit brings a wave of calming relaxation, with a gentle yet effective sedative property that’s pretty fantastic for unwinding and watching your cares float away. The psychoactive effect is mild, but definitely present. 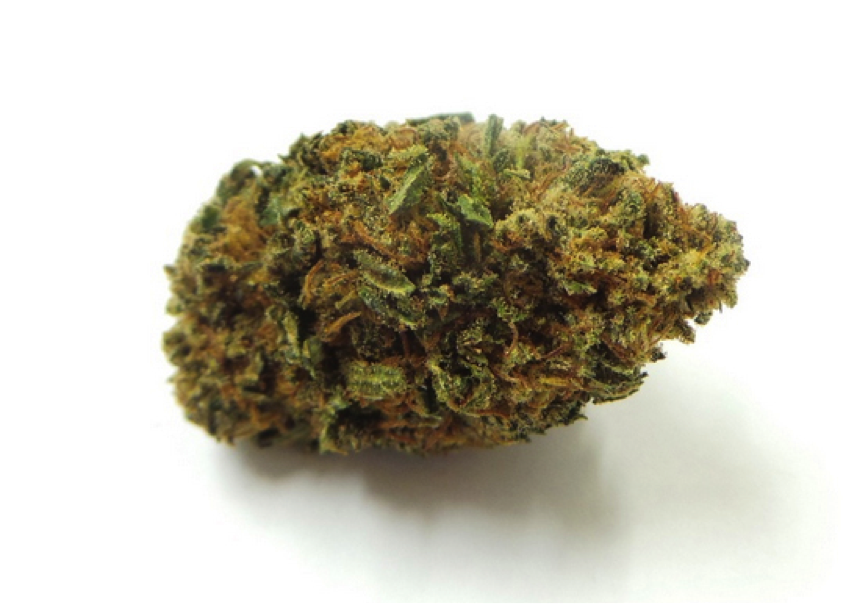 By contrast, it is rare to feel any kind of psychoactive high when giving Harlequin a try. A delightful sativa with enormous popularity among medical cannabis users and CBD-hunters alike, Harlequin replaces lethargy and sedation with a very gentle energising uplift. Rather than simply inducing relaxation and a sense of tranquillity, Harlequin is all about uplifting your mood and making you forget all about whatever it was that was bothering you. CBD concentrations typically come in somewhere around 15%, with THC taking a notable backseat more around the 6% mark. Harlequin brings together the genetics of Colombian, Thai, Swiss and Nepalese landrace strains. 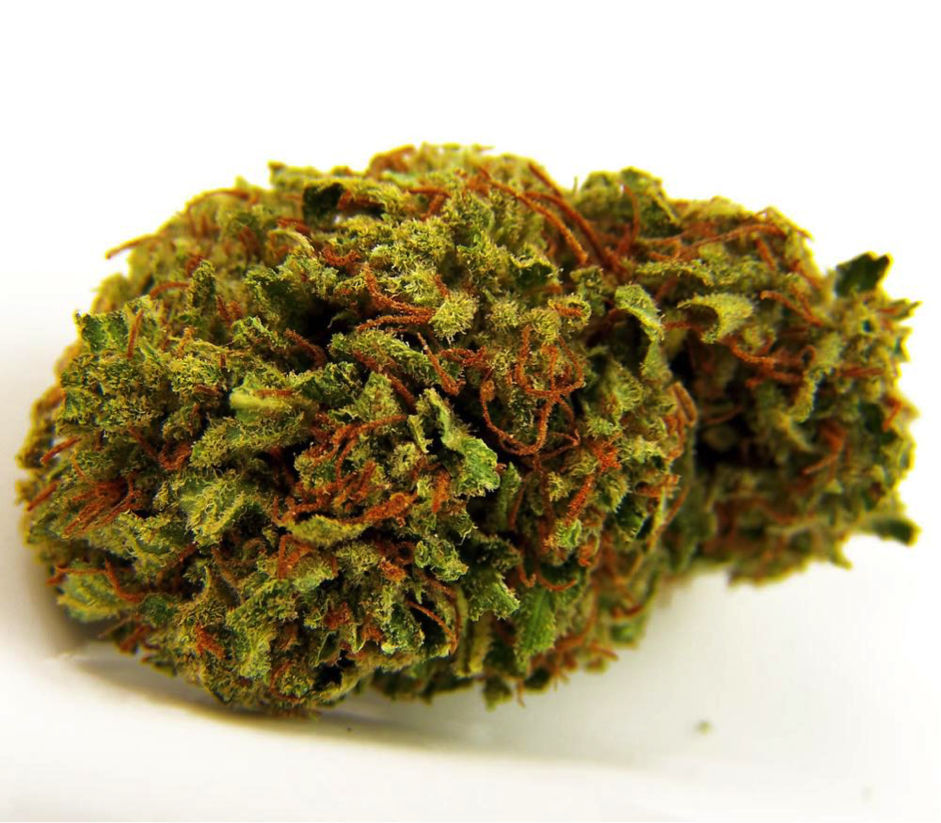 While Sour Tsunami may have a comparatively high concentration of THC, it is nonetheless renowned for its simply outstanding mood-enhancing properties. More often than not, Sour Tsunami comes with a pretty even concentration of THC and CBD – usually around 9% and 11% respectively. Meaning that at least a slight psychoactive effect can be expected, alongside the relaxing effects of the CBD. Sour Tsunami brings together the genetics of two strains – those being Sour Diesel and New York Sour Diesel. Hence, it doesn’t take a genius to figure out exactly what kind aroma and flavour profile to expect. 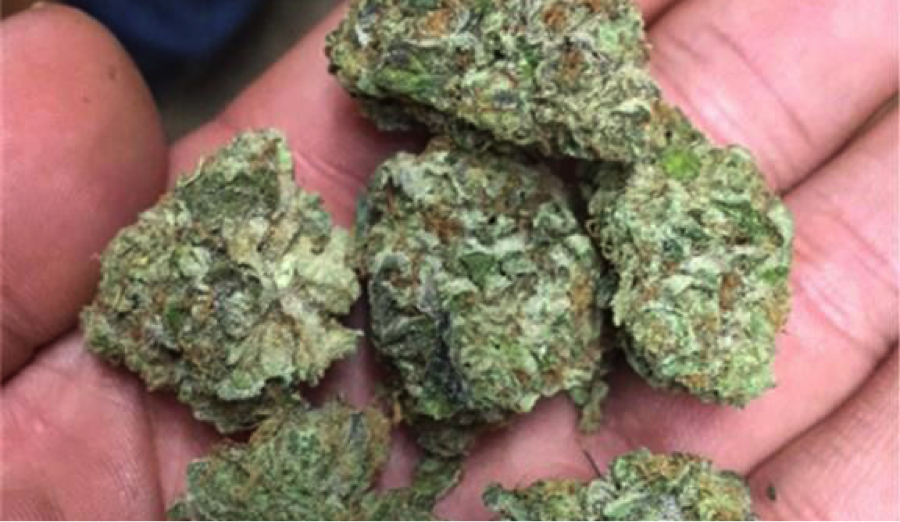 Likewise, you can probably figure out the genetic origins of this next CBD favourite, simply by glancing at its name alone. That’s right – Harle-tsu was concocted by combining Harlequin and Sour Tsunami, two of the most famous and popular CBD-heavy strings in the world. Depending on the phenotype, Harle-tsu can have a CBD to THC ratio of anything from 1-to-1 to an incredible 20-to-1. Suffice to say, those at the latter end of the spectrum tend to have absolutely no psychoactive properties whatsoever. By contrast, those with more THC at work can deliver quite the wallop. Harle-tsu is a great daytime smoke where a gentle uplift is needed. 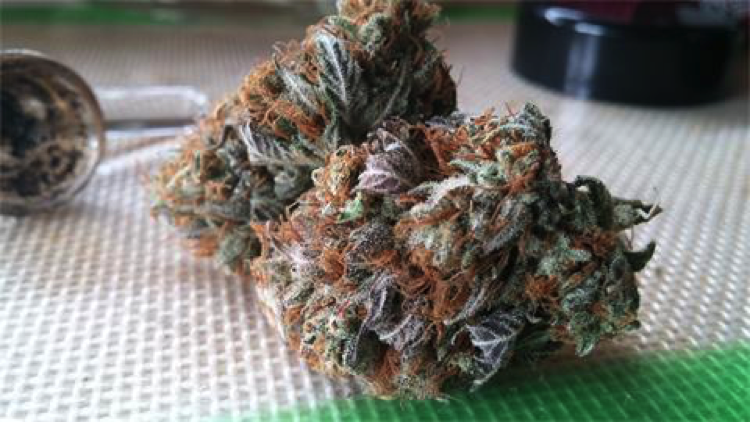 Combine the genetics of Harle-tsu with Sin City Kush and you have yourself a delightfully gentle CBD strain, typically with an equally-low concentration of THC. In most instances, Stephen Hawking Kush contains approximately 5% of both THC and CBD. Generally classified as something of an entry-level indica, Stephen Hawking Kush is renowned across medical and recreational cannabis circles alike for its ability to deliver a blissful calming effect with every hit. Great, therefore, for calming anxiety attacks or avoiding them in the first place. 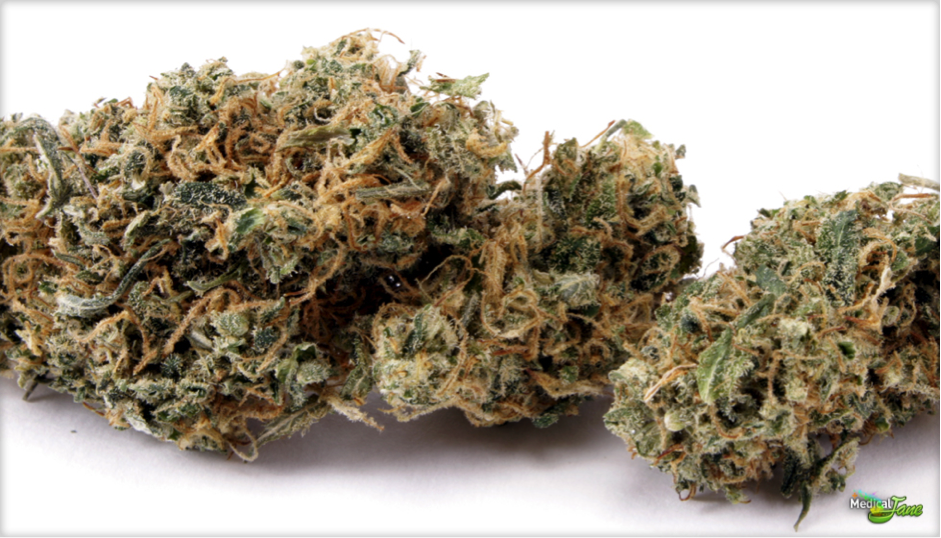 The genetics of MK Ultra and G-13 were combined to create Cannatonic, which does a surprisingly good job by enhancing focus and at the same time delivering a gentle sedative effect. Meaning that it’s ideally suited to any situation where you may find your capabilities, judgment and clear thought clouded by anxiety, stress or mental fatigue. CBD often comes in at a whopping 17%, with THC hitting a much lower 6%. A mild psychoactive effect may be felt, though is typically eliminated in its entirety by the heavy CBD content. 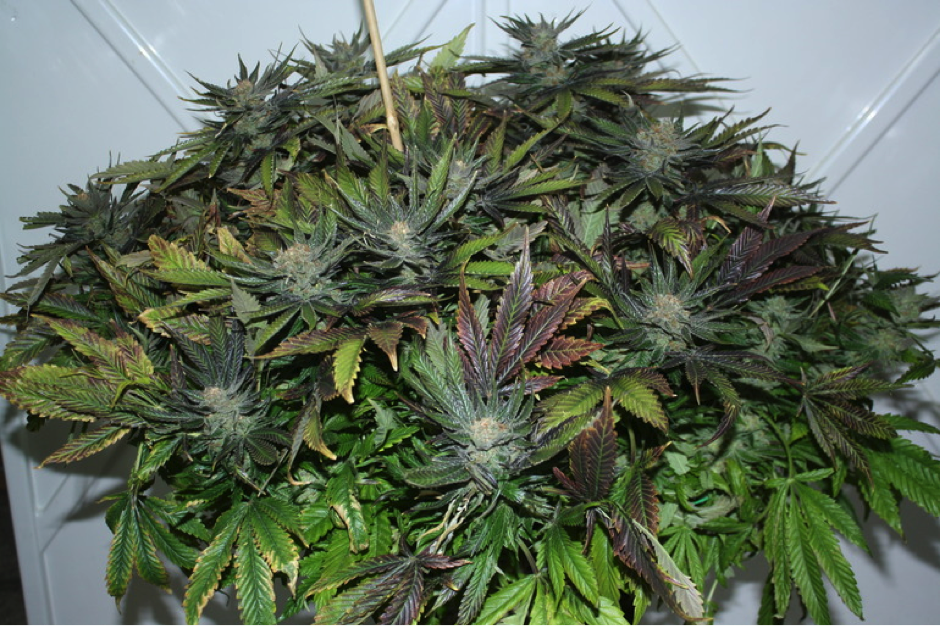 Cannatonic also gave birth to ACDC, which has one of the highest CBD concentrations of any strain currently on the market. Not only can the CBD content of ACDC go as high as 24%, but it often outpunches THC by a whopping 20-to-1 ratio. Meaning that in most instances, the user doesn’t feel even the slightest psychoactive high whatsoever. Instead, it’s all about blissful mental clarity, enhanced focus and a sense of true serenity.

The combination of Cannatonic and Sour Tsunami brought this wonderfully gentle hybrid into the world, which has a pretty even mix of THC and CBD. Usually coming in at about 8% on both sides of the spectrum, gentle psychoactive effects to be expected with Canna-tsu. That said, you certainly aren’t going to get ‘high’ in the conventional sense with Canna-tsu – it’s more a case of experiencing a gentle uplift and a head-to-toe feeling of relaxing tranquillity, somehow accompanied by a sense of alertness. 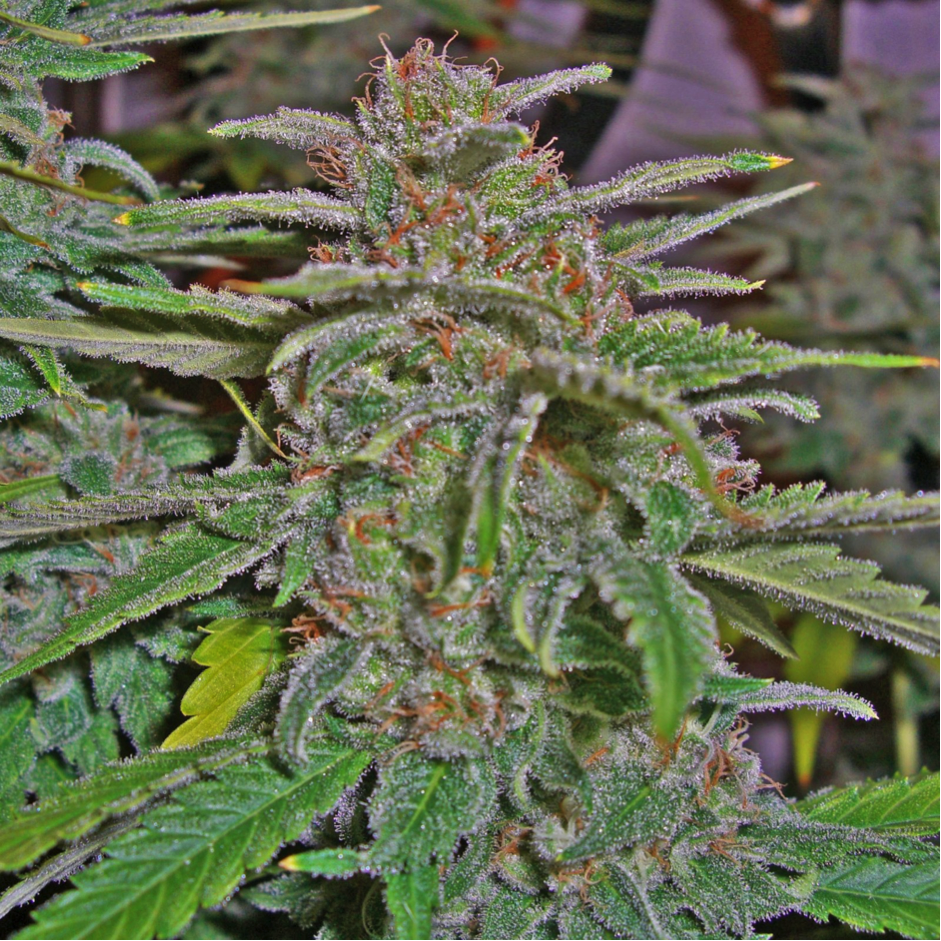 Not to be confused with its famous and extraordinarily THC-heavy counterpart, CBD OG Kush focuses more on the CBD side of the spectrum. Along with featuring a 1-to-1 ratio of CBD to THC, both cannabinoids come in at much lower levels than the original – usually in the region of 5% to 9%. While the original OG Kush delivers a hit of immediate and long-lasting mental sedation, the CBD variant provides uplifting alertness. As such, it’s another great strain to use during the day when in need of a pick-me-up, without being laid flat-out for the next few hours. 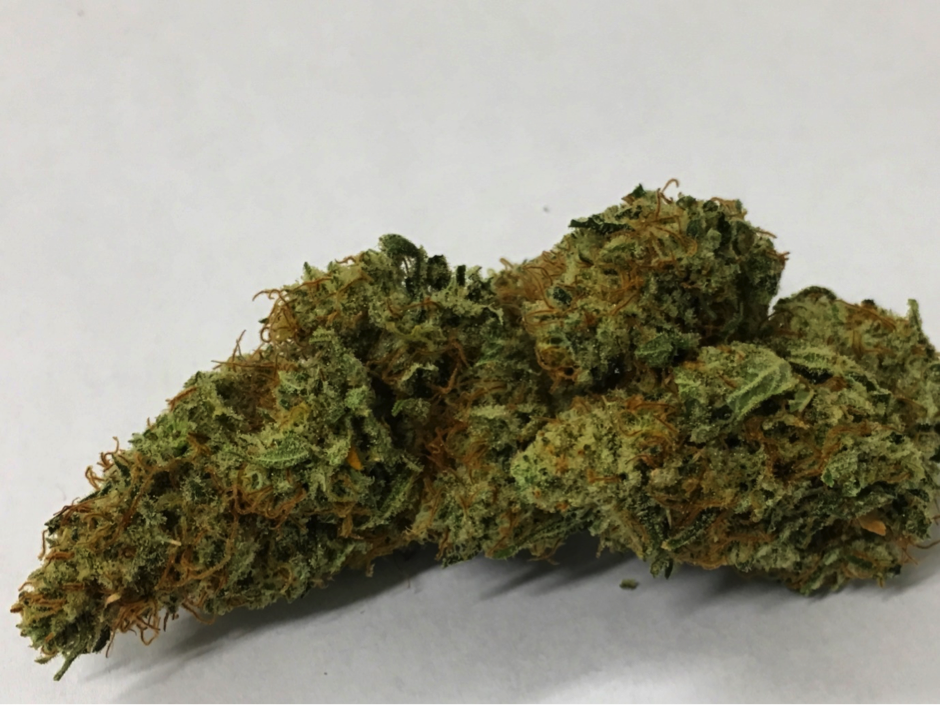 Last up, the Super Silver Haze and Neville’s Haze gave birth to CBD MediHaze, which as the name suggests is extremely popular in medical cannabis circles worldwide. Typically packing THC and CBD concentrations that come in at around the 9% mark, any psychoactive effects experienced are extremely mild in nature, resulting in an attention-peaking buzz that provides a sense of renewed positivity and confidence. Precisely the kind of strain that could help you out if nerves are getting the better of you, or you’re simply feeling a little on the anxious side following an unpleasant day doing whatever it is you do.