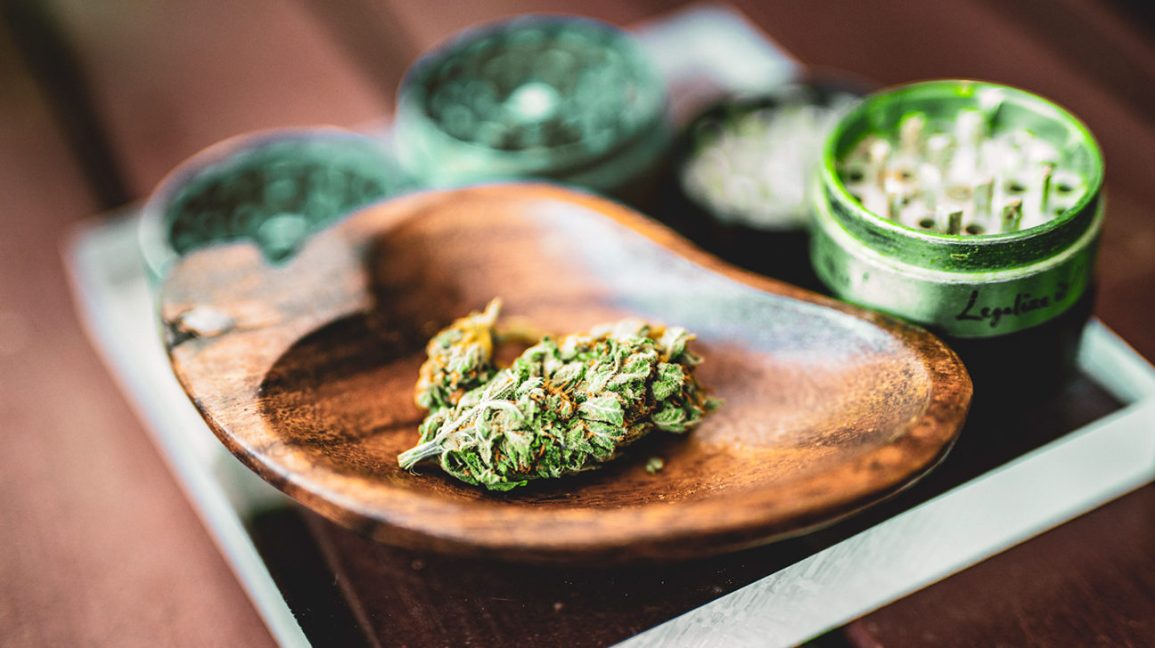 You don’t have to be a seasoned cannabis user to have a good idea what the munchies are all about. The links between high-THC cannabis and insatiable hunger are well documented, if to a somewhat misleading and stereotypical extent.

In any case, everybody knows that consuming cannabis can trigger the irresistible desire to raid the fridge, and subsequently eat yourself out of house and home. In which case, where’s the logic in suggesting that cannabis could actually help you lose weight?

Some cannabis users swear that weed holds the key to their successful weight management, but is there any truth to this?

Fact: Cannabis Users Are Less Likely to Be Obese

Connections between cannabis and simplified weight management were first brought to light in 2011, when researchers set out to establish who was more likely to be obese – those who use cannabis or those who didn’t. Two separate surveys were conducted, after which it was discovered that individuals who used cannabis three days a week or more were far less likely to be overweight or obese than those who abstain.

More recently, analysis performed on historical data found that while cannabis users often tend to have a higher average calorie intake than non-users, obesity rates and average BMIs are also much lower among cannabis users.

For the time being, the vast majority of experts are unwilling to directly recommend high-THC cannabis products as weight loss aids for obese individuals. Nevertheless, almost every study into the phenomenon carried out to date has pointed to the same conclusion:

Statistically speaking, you’re less likely to be overweight or obese if you’re a cannabis user.

How Can Cannabis Assist with Weight Management?

All reassuring enough, but what exactly is it about cannabis that can apparently help you stay slim? If evidence suggests that cannabis users have an elevated calorie intake, how is it that they are also statistically less likely to be overweight or obese?

There are several common theories as to how and why cannabis can assist with weight management – the following being at the forefront of the debate:

Cannabis may boost the metabolism

First and foremost, there’s evidence to suggest that cannabis reacts with the body in a way that accelerates the metabolism. When cannabis is consumed on a regular basis, the body is able to do a better job processing whatever the person in question consumes. Hence, even with an elevated calorie intake, an individual could still lose weight or avoid weight gain.

While cannabis is often unfairly associated with the stereotypical lazy stoner, it can actually encourage many users to get up and active. This is particularly true in the case of those who use medical cannabis for strictly therapeutic purposes.  Joint pains, muscle stiffness, spasms and so on – all quickly relieved with the moderated consumption of therapeutic cannabis. Hence, individuals who may otherwise live sedentary lifestyles due to pain and discomfort may be encouraged to stay active.

If you’re a cannabis user, you’ll know that often the last thing on your mind while getting high is drinking alcohol. There’s something about being seriously stoned that takes the appeal away from alcohol almost entirely, which is why cannabis users generally drink way less that those who abstain. The calorie content of the average alcoholic drink is enormous, whereas the conventional consumption of cannabis is 100% calorie-free.

Extensive studies have drawn direct links between excessive or prolonged stress and the likelihood of becoming overweight or obese. For one thing, the toll stress takes on the body makes it difficult to function efficiently in a general sense. In addition, stress can make it more difficult to sleep, while elevating the risk of comfort eating and avoiding physical activity.

When Hunger Takes Over

Theoretically, therefore, there’s plenty of evidence to suggest that cannabis can indeed help you lose weight. It’s far from an overnight cure for obesity, but as part of a healthy and balanced lifestyle could be beneficial.

Avoiding the munchies isn’t always possible, but keeping them under control is. Here’s how:

One of the best ways of taming the munchies is to eat well (and plenty) before you light up. Just as long as you’ve consumed a decent meal before getting started, you’re far less likely to succumb to insatiable hunger pangs and hour or two later.

Bouts of the munchies tend to be exponentially more aggressive when you’re bored. Or at least, when you turn to stuffing your face as a form of entertainment. Hence, one of the best ways of keeping on the straight and narrow is to keep yourself entertained and busy.

It doesn’t always work when common sense flies out of the window, but keeping plenty of healthy snacks to hand is at least worth trying out.

Not the first thing you’d typically reach for during a session, but stuffing your mouth with minty gum can seriously reduce the appeal of an unplanned feeding frenzy.

Pizza menus, salty snacks, family-size bars of chocolate – all the kinds of things that need to be out of sight to be out of mind. Leverage the laziness that usually goes hand in hand with the munchies and keep anything you’d preferr not to devour safely out of reach.