Cannabis Munchies: Can They Really Be Controlled? 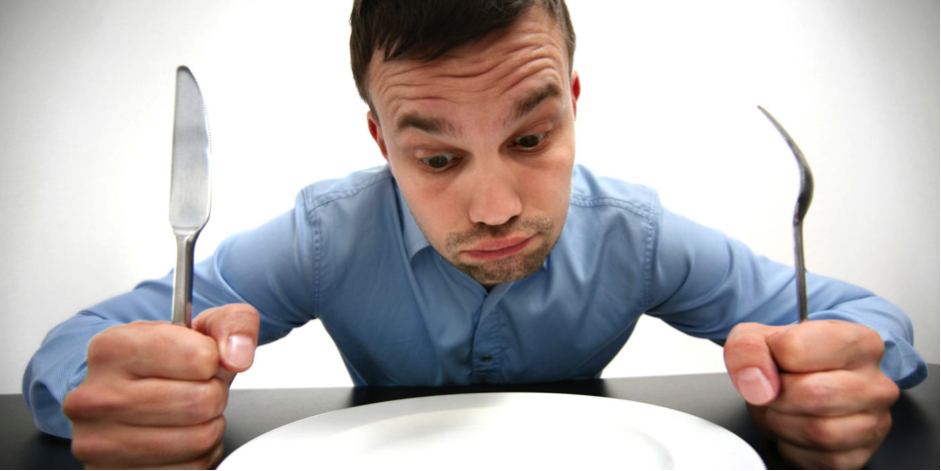 There’s perhaps no greater pleasure in life than waving the white flag to an overwhelming case of the munchies. You accept defeat, you hit the kitchen like a swarm of starving locusts and you leave nothing behind but crumbs. It’s the kind of satisfaction you wish you could bottle and carry with you at all times.

That is, until you wake up the next morning feeling the shame of a thousand sins.

If the munchies make an appearance on an infrequent basis, it wouldn’t be such a problem. Instead, they’re part and parcel of the everyday existence of millions of stoners worldwide. The more often you get baked, the more likely you are to completely lose control and wreak havoc with your body. Enjoyable at the time, but a wee bit risky as a long-term lifestyle.

But why is it that cannabis brings on the kind of insatiable hunger you simply can’t ignore? Or more importantly, is there really anything that can be done to control the munchies when they set in?

Why Marijuana Makes You Hungry

It wasn’t until relatively recently that a scientific explanation was found as to why cannabis creates such an enormous appetite. Unsurprisingly, it’s a case of the cannabinoids in the pot are you consume firing up the neurons in the brain responsible for activating and deactivating hunger.

Only in this instance, they set things on overdrive – even if you’re full.

So it’s understandable that we end up feeling powerless against the munchies. If your brain tells you you’re hungry, you’re hungry. At least, in terms of the feelings associated with needing to eat as much as possible as quickly as possible.

With science having answered the question as to where the munchies come from, you had assumed this would mean a workable solution for problematic pangs. Sadly, this simply isn’t the case. If you consume enough cannabis to set your brain’s hunger controllers on fire, the consequences are inevitable. You could counter the effects with a heavy dose of CBD, but that somewhat takes away from the point of getting baked in the first place.

Instead, it’s simply a case of using your willpower and your savvy to avoid taking things too far. So rather than attempting to avoid the inevitable, here’s how to take control of the munchies for the sake of your health:

It sounds dull…and it is…but wiping junk food from your shopping list is the single best way of stopping yourself from gorging on it. After all, if it isn’t in your house in the first place, you’ll have a tough job getting your hands on it. Keep as many healthy snacks and treats on hand as possible, which might turn out to be surprisingly satisfying when hunger comes calling.

Much as it may seem counterproductive at the time, getting up and active can be a great way of combating an attack of the munchies. Even if you’re overwhelmed by feelings of hunger and laziness, some invigorating exercise could be just the ticket to turn things around. If you can’t bear to leave the house, any kind of movement is better than sitting on the couch and consuming 11,000 calories in cheese and crackers.

This is where the munchies become notoriously dangerous – portion control typically going out of the window. If you can’t bear to eliminate all unhealthy snacks from the equation, think about dosing them out in more sensibly measured portions. Instead of keeping 64 packets of crisps hidden away in the cupboard, keep just a couple in at a time. And while it may seem impossible in the heat of the moment, do whatever you can to eat as slowly as possible.

There are certain cannabis strains that are far more closely associated with the munchies than others. That said, we all experience unique sensations due to the uniqueness of our bodies, so experimentation is key. It’s worth remembering that any cannabis strain that keeps you locked to the couch indefinitely isn’t going to work wonders for your waistline. If you’re prone to binge-eating on the couch, opt for something a little more motivating and invigorating.

You’d be surprised how often the body and brain confuse feelings of thirst with feelings of hunger. Next time you experience a hunger pang when you’ve only recently eaten, try downing a large glass of water and see what happens. It’s important to acknowledge that there’s only so much you can fit in your gut, so you might as well line it with plenty of calorie-free water. The thirstier you are, the more likely you are to eat excessively and unnecessarily.

Get out of the house

One supremely effective way to put a stop to the munchies is to simply get out of the house and distract yourself. Of course, this doesn’t mean wandering down to your local kebab shop and eating three times as much as you would have at home. Instead, it means putting some distance between yourself and any temptation in the vicinity. Simply treating yourself to a blast of fresh air and a brisk stroll could be just the ticket for bringing things back under control.

Eat before getting high

Getting high on an empty stomach is a sure-fire recipe for insatiable munchies. Once again, it’s simply a case of basic physics – the more food you already have in your belly, the less space there will be to pack it with garbage. So if you’d prefer to keep the munchies at bay, eat a healthy meal of a decent size before getting baked.

Last but not least, the moment you started weighing on the fact that you’re hungry, it’s game-over. Even when you’re 100% sober, boredom can be the most powerful trigger imaginable for relentless hunger. The reason being that eating is more entertaining than doing nothing at all. When you’re high, even the slightest hint of boredom and eating will suddenly become the most enjoyable and entertaining pursuit imaginable. Which it is…in moderation.