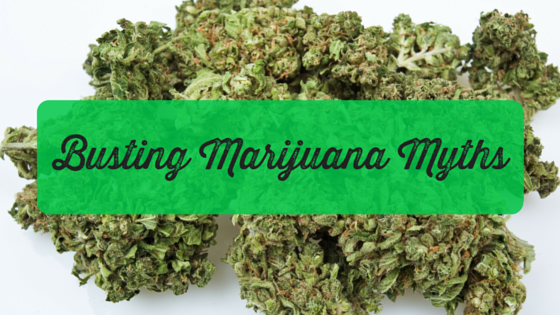 It’s probably fair to say that if the majority of cannabis critics knew the truth behind their misled assumptions, the whole legalization debate would be so much easier.  But this of course is not the way things go in the real world as while ever there are scare stories, there will be millions who believe them. Even if in most cases, there’s absolutely no truth behind them whatsoever.

So in an effort to clear up just a few of the most common and longstanding marijuana myths, here’s a quick look at 10 myths with regard to cannabis crime, addiction and legalization:

Marijuana Myths No 1: Cannabis Is Dangerous

First of all, regardless of personal opinions on whether or not cannabis is a positive entity, extensive studies have shown that alcohol is extensively more harmful than marijuana. Looking at social harm and health in accordance with cannabis and alcohol, experts have found that alcohol is in fact at least twice as dangerous for those using it and five times more dangerous in a social sense.

Marijuana Myths No 2: Cannabis Is A Gateway Drug

It’s the single most widely preached argument against the legalization of marijuana, though it also has no scientific or statistical backing whatsoever. Not only is there no evidence to link the use of marijuana with eventual use of harder and more dangerous drugs, but the vast majority of marijuana users both drank alcohol and smoked cigarettes before moving on to pot. Which means that even if it was a gateway drug, so too are tobacco and alcohol.

Marijuana Myths No 3: Cannabis Legalization Will Lead To An Increase In Crime

Not only is this untrue, but evidence proving as such is intensified by the day.  In the time since Washington and Colorado both legalized recreational marijuana use, both property crime and violent crime have been in a state of gradual decline. In addition, there is absolutely no correlation between the availability of legalization in any given country and its crime rate. 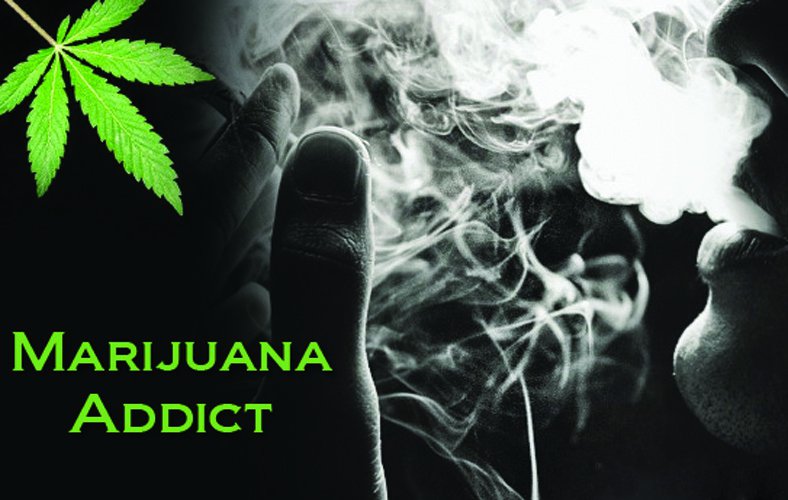 While it’s perfectly possible to develop something of a dependence on marijuana, it is massively less addictive than most other recreational drugs.  Research has shown that around 25% of people who try heroin develop addictions, 50% of those who try cocaine become dependent and close to 10% of the entire population of the United Kingdom would qualify as alcohol dependent. By contrast, just 9% of those who try marijuana develop dependencies.

Marijuana Myths No 5: Widespread Legalization Will Prompt More Young People Than Ever Before To Smoke Marijuana

Once again, extensive studies have found that there is absolutely no correlation between marijuana availability and legal status in any given country and problems associated with youths and teenage cannabis use. In fact, there are many instances in which it has been shown that legalization can to some extent reduce the appeal and novelty of marijuana, in turn leading to a small reduction in cannabis use among youths and teenagers.

Marijuana Myths No 6: Today’s Marijuana Is Massively Stronger Than It Used To Be

Contrary to popular belief, there is no scientific evidence to suggest that marijuana with a much higher THC content is more harmful than cannabis with a generally low level of potency. Not only this, but there are various strains that naturally occur in cannabis all of the world that have THC concentrations just as high as many of the strongest strains that have been genetically engineered over recent years.  In fact, it is often argued that marijuana with a much higher THC content is actually preferable in terms of health risks to those smoking it. The reason being that it is the quantity of smoke that enters a person’s lungs which generally determines the cumulative effect on their health. With stronger weed, you tend to smoke less and are therefore doing your lungs a favour.

Marijuana Myths No 7: Marijuana Contains Far Too Many Chemicals To Be Considered Safe

One of the arguments voiced most frequently by cannabis critics is that which suggests that as marijuana contains more than 400 different chemicals, it cannot possibly be safe for human consumption. Which is all well and good, apart from the fact that not only does coffee contain more than 1,500 chemicals, but there are plenty of fruits and vegetables that contain chemicals which are incredibly toxic to human beings – cyanide included. As such, it is both impossible and irresponsible to draw any direct correlations between the number of chemicals any given product contains and its apparent threats to human health. It’s a case of which chemicals the products contain – something critics routinely overlook and do not have a clue about. Anyway, speak to any one with a rudimentary knowledge of chemistry will tell you everything is made of chemicals.

Marijuana Myths No 8: Smoking Cannabis Can Cause Lung Damage and The Onset of Lung Cancer

Not only have several studies found that even heavy and prolonged marijuana smoking does not in fact cause serious damage to the lungs, but controlled cannabis use has actually been found to partially reversed the carcinogenic effects of tobacco smoking. Not only this, but the cancer risks associated with dairy products, salt, meat and a variety of other everyday foods go way beyond those of marijuana. In addition, this entire argument has no relevance whatsoever in terms of the legalization debate as it’s perfectly possible to get the strongest possible hit from cannabis without actually having to smoke it at all.

Marijuana Myths No 9: Smoking Marijuana As A Teenager Will Adversely Affect Your Later Life

This is an idea that has been floating around for decades, though is based entirely on anecdotal evidence and unsubstantiated projections. In reality, the only long-term studies carried out to date which have focused on the cumulative effects of marijuana smoking as a teenager have found absolutely no correlation whatsoever between cannabis use and detrimental effects on physical or psychological health in later life.

Last but not least, a recent study carried out in the United States found that no more than around 0.2% of admissions to hospital emergency rooms have anything to do with marijuana. This includes those using marijuana personally or in any way being affected by marijuana use of any kind, even by themselves or by others. Whichever way you look at it, you really cannot say that this represents any kind of significant burden that justifies prohibition of marijuana.