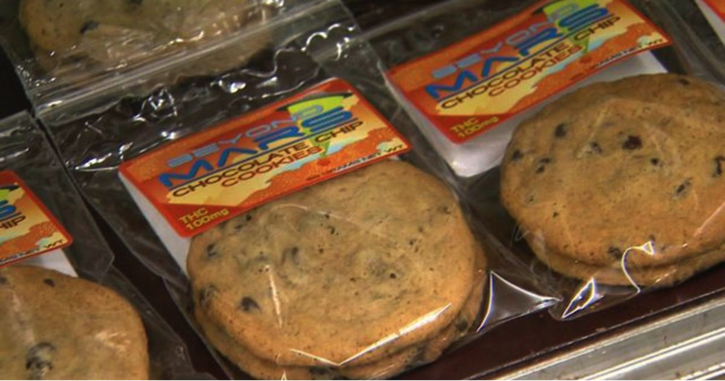 Who would have ever thought they’d see the day when Starbucks locations were actually outnumbered by cannabis dispensaries in parts of LA? It’s a brave new world indeed…at least, for anyone lucky enough to live that way of things, anyway. The shift in marijuana policy in various regions over the past decade or so has been nothing short of spectacular. Attitudes have changed, ways of getting hold of your choice of herb have changed and when it comes to quality, there’s simply no comparing the primo, high grade, superior strains with buds of the past.

Whilst the legalization of cannabis in so many new countries and states has had no real impact on smoking rates, what has changed in a big way is how people consume their herb and the number of people getting busy with edibles. This is hardly shocking, given the way in which newly relaxed laws effectively green-lighted the most awesome edible experimentation ever seen. Consuming cannabis now has the potential to represent the gastronomic experience of a lifetime. But at the same time, chances are that you don’t actually know as much about cannabis edibles as you think you do with many people making basic errors when making their own.

As for those with no real experience of them, the list of wildly inaccurate presumptions is even longer.

One of the most educated and inspiring of all experts on edibles is none other than High Times’ own Elise McDonough. Having written The Official High Times Cannabis Cookbook, there’s really not a great deal she doesn’t know about getting the very most from your weed edibles. And at the same time, she’s got a fair bit of advice to offer with regard to the myths, misconceptions and bizarre untruths that plague this otherwise delicious subject.

Here’s a rundown of 10 to get you started: