The only thing more satisfying than getting hold of a batch of epic bud and putting it to use is growing your own product from scratch. Even if you come out with relatively modest results, the fact that you have put your heart and soul into the effort from start to finish will leave you with the kind of weed that tastes better than any you’ve ever experienced. Of course, there’s also the smug satisfaction that comes with being able to tell your friends that the weed they’re smoking is 100% your own work.

If you’re lucky enough to live in an area where cultivating cannabis at home is now legal, then you should definitely try it out. November saw millions in the United States being granted full permission to start growing at home for the very first time, resulting in a massive influx of interest from those looking to set up their own mini-plantations. But when getting started for the first time, there is one question that must be addressed before taking a step further:

All Choice, No Compromise

Just to get one thing out of the way first – neither option can be rightly labelled superior. The reason being that both present their own unique advantages and disadvantages, which need to be taken into account before getting started. It largely comes down to personal preferences and priorities, given the way in which both have the potential to yield truly outstanding results.

Of course, in order to become a true cannabis connoisseur you will need to try your hand with both and make your own mind up. When it comes to getting things going in the first instance, you’ll need to weigh up the positives and negatives of both, in order to determine which is better for you. And that’s exactly what we’ll be discussing here – hopefully making it that little bit easier for you to make an informed decision. 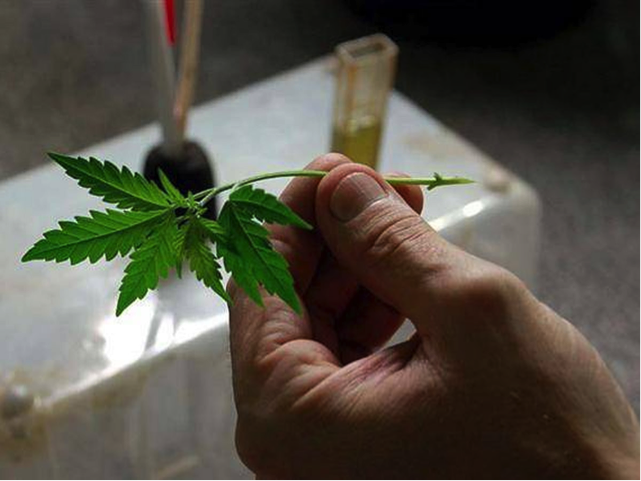 For thousands of professional crop cultivators all over the world, clones represent the only option they’ll consider. In the simplest terms, a clone is a cutting which is taken from an adult cannabis plant, which can then be planted elsewhere and transformed into an exact copy of the mother plant. Rather than starting from seeds, clones are already at a somewhat advanced growth stage. Just as soon as the cuttings have developed initial root systems of their own, they can be grown in exactly the same way as any other cannabis plant, both in soil or by hydroponic means.

In terms of benefits, the single most obvious is the way in which growing from clones can speed up the cultivation process significantly. The reason being that as the plant is already to a certain extent developed, this eliminates the need for germinating seeds, propagating seedlings and generally nurturing plants through those critical early stages. Not only does this speed up the growing process, but also sidesteps the various threats posed to seeds and seedlings. Quite simply, as the plant is already growing well, it is almost impossible to screw things up.

In addition, the fact that clones represent identical copies of the mother plants from which they were harvested can be advantageous in its own right. The reason being that if the clones are taken from an extremely strong, robust, generous, healthy and rare mother plant, you can technically grow as many additional copies of the plant as you like. As such, this in turn means that you technically only need to grow one fantastic mother plant, in order to then be able to replicate this plant as many times as you like using cloning.

As for the downsides, the same points above also apply in reverse. Producing identical copies of mother plants can also be disadvantageous, given the way in which any health issues or problems whatsoever with the plant’s integrity will also be passed on to every clone cultivated. Unless you can fundamentally guarantee that the health of the mother plant is largely flawless, growing from clones can be risky.

In addition, it’s worth remembering that freshly cut clones are extremely sensitive during the initial period and can suffer from something known as transplant shock. Which essentially means that unless you provide your cuttings with exactly the conditions they need at all times, you may not be able to keep them healthy enough for them to thrive.

Last but not least, another undeniable downside of growing from clones is the way in which getting hold of quality cuttings in the first place can be relatively difficult. Not only do most cannabis stores and grow shops very rarely sell cuttings, but those in possession of genuinely outstanding specimens are rarely in any hurry to hand out clones to other growers. 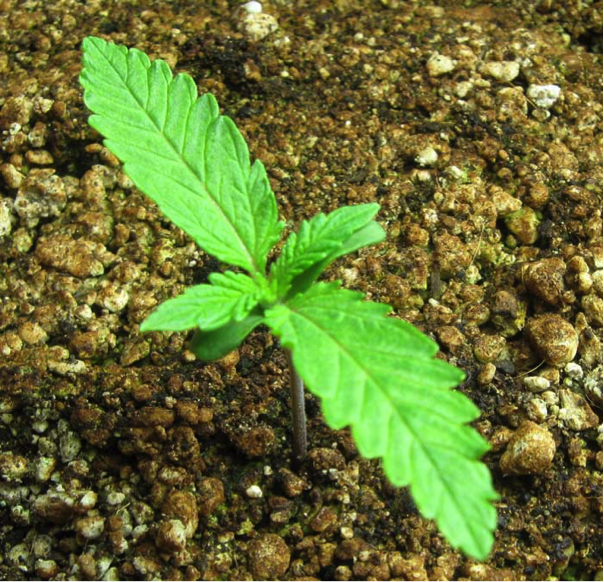 Grown from a seed

On the other side of the argument, growing from seeds represents the primary or exclusive option for just as many growers at all levels. There are numerous advantages that come with growing cannabis from seeds – the first of which being that you get to take full control over the cultivation process from the earliest stage. Rather than simply growing carbon copies of plants that already exist, you are creating brand new plants from scratch and therefore have a say in how they perform and develop.

While it may take longer to grow plants from seeds, many argue that doing so is the only way of producing the strongest and most capable cannabis plants. The reason being that clones are incapable of growing tap roots – the central part of the plant’s entire root system which absorbs nutrients in large quantities. On the whole therefore, advocates of seed growing argue that plants grown from seeds are able to develop much stronger and healthier root structures, thus resulting in stronger and healthier plants.

In terms of availability and choice, there really is no comparison between seed growing and clone cultivation. The reason being that while it is difficult to get hold of quality clones of any kind, investing in superior quality seeds really couldn’t be easier. Not only this, but there are literally thousands of different strains ready and waiting to be explored, which for the most part you will only ever get your hands on in seed form. Much of the joy of cannabis cultivation comes in experimenting with different strains, testing multiple varieties and seeing which ones work best for you.

Last but not least, there’s definitely something to be said about the satisfaction that comes with growing anything at all from seed. With clones, you are technically being provided with a plant that already exists and are simply taking over the maintenance process from there on in. With a cannabis seed, you are creating life from scratch. It may take longer and be more of a challenge, but this simply means even sweeter results when the time comes.

How do you prefer to grow? Seeds or Clones? Let us know in the comments below.