Denver Becomes First US City to Legalize Social Cannabis Use 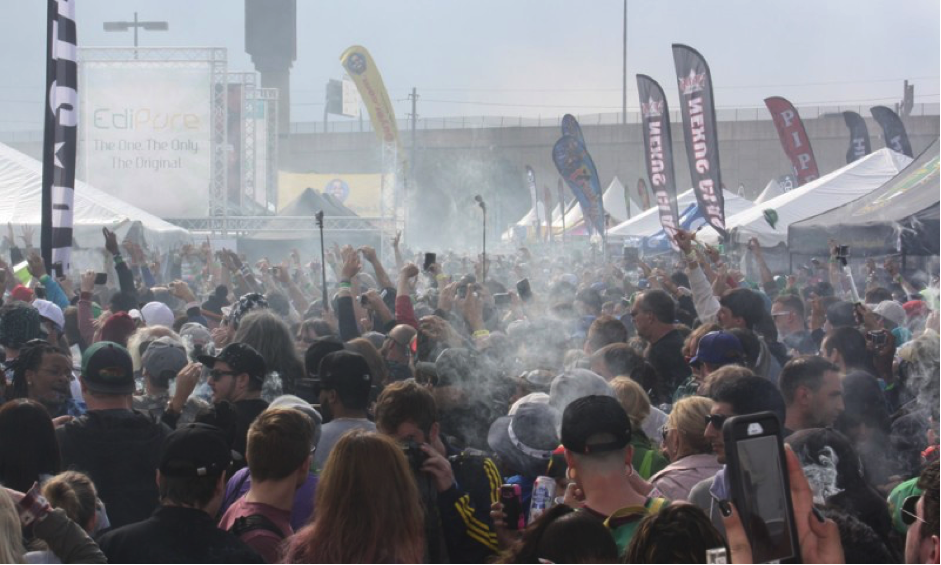 Despite the fact that recreational cannabis has been legalized across vast swathes of the United States, it still remains a tricky subject with a fair few teething problems. It’s a brand-new industry that represents uncharted territory for the entire country, not to mention the people on both sides of the pot-legalization argument.

Of course, for the time-being until California’s pot industry gets up and running, the country and indeed much of the world will continue to look at the example set by Colorado. This one state has become something of an unofficial epicentre for pot legalization, showing the world exactly what happens when positive progress is given a chance.

But for all the positives pot legalization has brought cannabis, there’s still a long way to go yet.

One matter that’s been causing a bit of a headache for both businesses and state residents alike is that of the state’s on-going policy with regard to social cannabis use. As it stands, it all works a little like the smoking ban introduced a while back in the UK. You can buy cannabis legally from a whole bunch of places, smoke it at home or anywhere else you’re out of the way of the general public. Consuming cannabis in a public place – i.e. socially – remains illegal.

Or at least, it does right now, but this could be about to change radically. That is, if you happen to be a resident of Denver…or a visitor.

Denver has chalked up another incredible accolade by becoming the first city in the United States to successfully pass a bill permitting social cannabis use. From bars to businesses to galleries to gymnasiums, it will for the first time be legal to smoke your own cannabis in areas other than your own home, those of friends/family and so on.

The vote took place at the same time as those all-important ballots on legal pot for nine other US states, though took something of a backseat in terms of national headlines. Initiative 300 earned more than enough votes to be enacted, which is of course being heralded as another big win for the pro-cannabis camp. And of course, given the way in which Colorado has the weed world’s attention, chances are millions from all over the world are going to be watching what happens next very closely.

What Is Social Cannabis?

What it basically all means is that going forward, businesses across Colorado will have the opportunity to apply for permits, which if granted will make it legal for cannabis users to bring their own gear along and use it on the premises. In order to be successfully granted a permit, those filing the applications will need to obtain the backing of a local business group or neighbourhood.

“This is absolutely historic and ground-breaking,” said Emmett Reistroffer, a prominent supporter of the measure and a cannabis consultant in Denver.

“We are the first in the United States and potentially the first place in the world to regulate the consumption of cannabis.”

Speaking with the AFD, he went on to say that the move represents another important and expected step on the journey toward sensible and proactive cannabis policy, kick-started with the bill to legalize recreational cannabis in Colorado four years ago.

“Essentially what we passed is a continuation of that same belief that adults should be able to use and socialise with cannabis as they are able to do with alcohol,” added.

The impact this new social cannabis policy has in Denver is likely to be taken into account across other areas of the US, where cannabis has been made legal for recreational use. 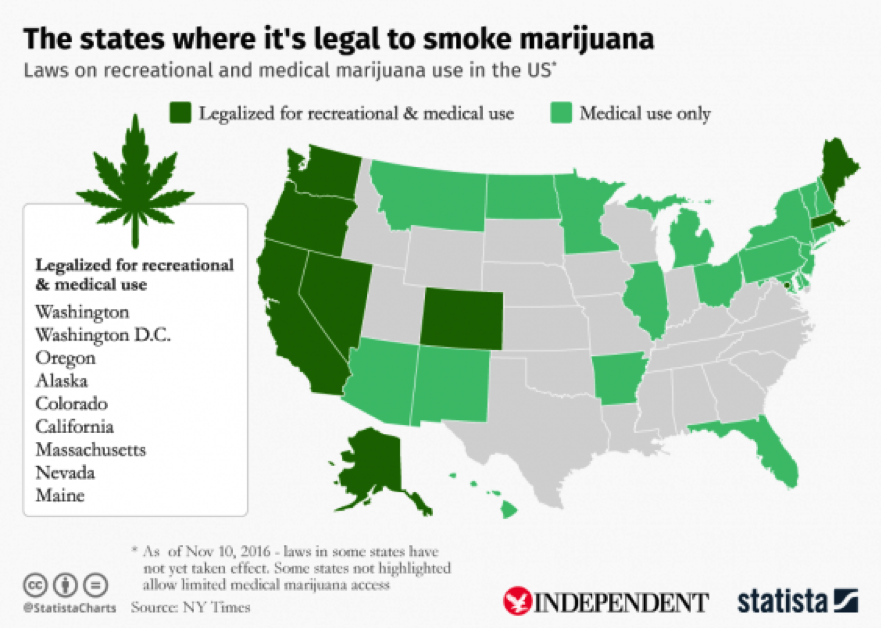 Which states have legal Cannabis?

Going forward, it is likely to be California that becomes the single most important and influential cannabis industry and market, both in the United States and perhaps the entire world. As the country’s most populous state and the sixth biggest economy on Earth, what happens as of January 1 next year could set the kind of example the rest of the world cannot afford to ignore.

As far as analysts and economists are concerned, the cannabis industry in the US that’s currently worth $5.7 billion will hit an enormous $23 billion by the end of the current decade. The new rules on social cannabis use in Denver are likely to come into force by the end of January, beginning a four-year project to evaluate the impact it has on the city, its people and the cannabis industry in general. 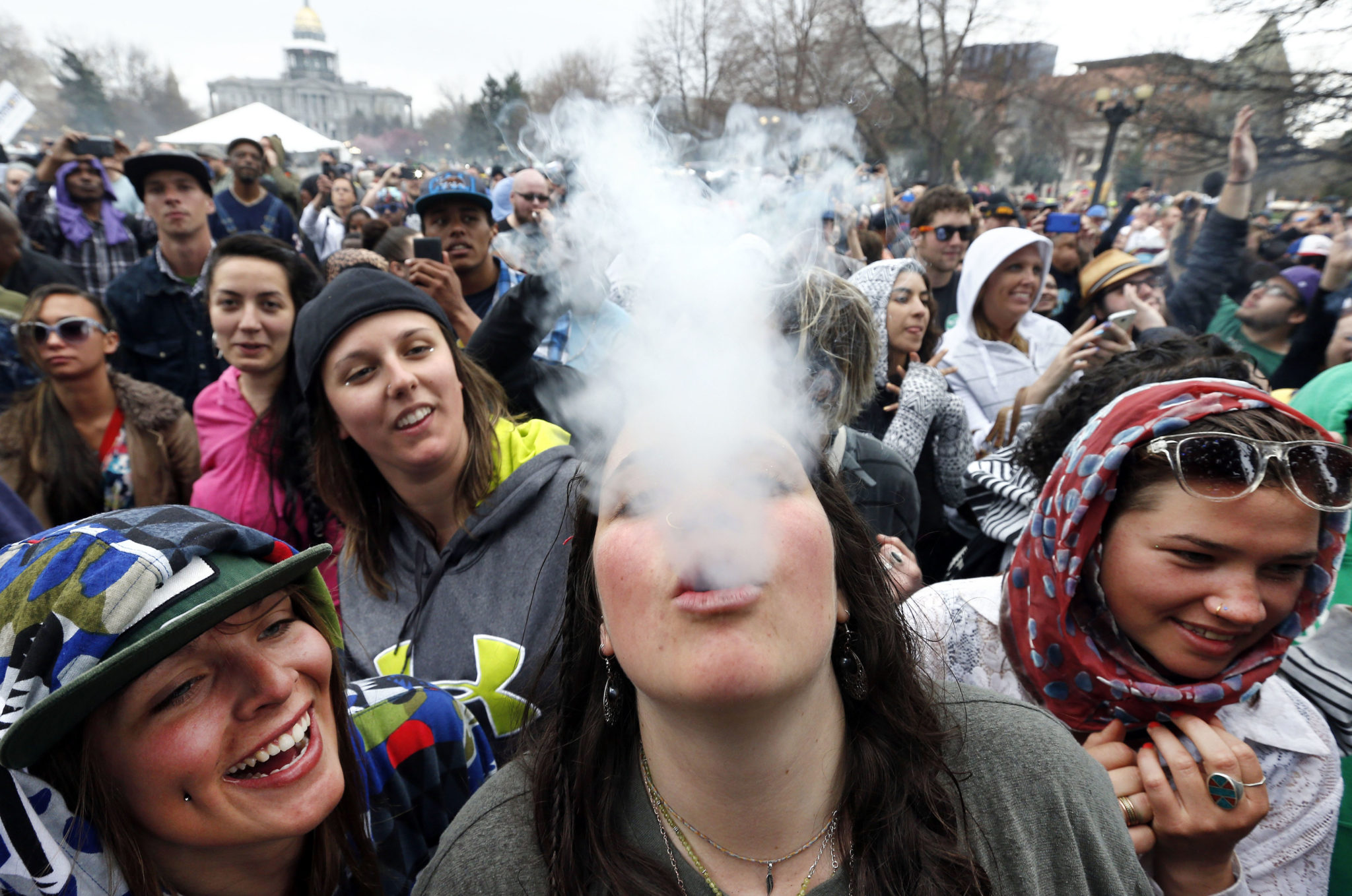 Critics condemn move to allow cannabis use in public

Unsurprisingly, critics have lashed out at the idea by stating that social cannabis use will further blur the line, with regard to where it is and is not appropriate to get high. They argue that by allowing the social use of cannabis, it will inevitably give the impression that smoking in public places is acceptable, which federal law clearly states it isn’t.

“I look at it as the camel’s nose getting under the tent flap,” said Colorado’s governor and former Denver mayor John Hickenlooper.

Likewise, members of Protect Denver’s Atmosphere, one of the groups that tried to ensure the new measure would be shot down in flames, said that the city needs to be very careful now with the licenses it decides to issue.

“Initiative 300 allows the concurrent consumption of marijuana and alcohol, which can lead to greater impairment than use of either substance alone,” said Rachel O’Bryan, campaign manager for the group.

“It will also allow the public consumption of slow-acting marijuana edibles and highly potent marijuana concentrates,”

“How can these businesses possibly monitor patrons for marijuana intoxication?”

The group also pointed out that this particular bill did not pass by the kind of landslide the original recreational cannabis measure did, suggesting that the public in general may be slightly more apprehensive about the idea of social cannabis use.

Reistroffer went on to state that contrary to the concerns of cannabis critics, it’s unlikely that Denver will suddenly become awash with tens of thousands of public places that permit cannabis use.

“I don’t see this coming to a lot of restaurants,” Reistroffer said.

“I see it happening in certain art galleries, concert venues and even comedy houses where adults go for generally adult entertainment.”

An article published in The Denver Post voiced further support for the bill, stating that the designation of places where cannabis can be used socially will actually have a beneficial impact on the on-going problem of public consumption.

“Right now Denver is struggling with a public consumption problem – some who want to consume have no place to go, legally,” the editorial said.

“It’s a problem that should get solved sooner rather than later, now that voters have spoken.”

Where would you like to see cannabis use allowed in public next? Let us know in the comments below.