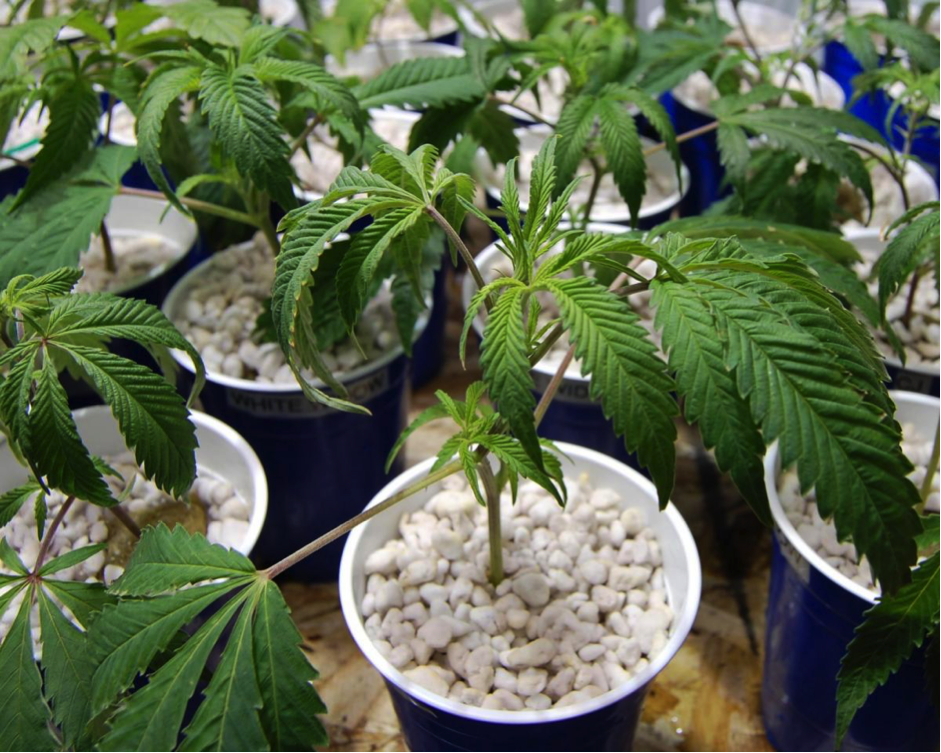 When getting started with cannabis cultivation, it can be difficult to balance hydration. In fact, even the most experienced home growers occasionally struggle to get things right. Of all the cannabis cultivation challenges you’re likely to encounter, none are more common than overwatering.

It’s exactly the same with most house-plants in general. You know they need water, just as you know letting them get too thirsty is a recipe for disaster. With all the best intentions, you unknowingly give them a way more than they can handle. And as a result, you choke the life out of them…literally!

On the plus side, occasionally taking things too far with the hydration won’t necessarily wreck your plants. It won’t do them any good, but might not destroy them outright. Nevertheless, it’s down to you to identify the signs and symptoms of overwatering at the earliest possible stage. Do so and there’s a good chance you can reverse the damage, before it becomes irreparable.

Spotting the Signs and Symptoms of Overwatering

First-time home growers often assume that accurately identifying the cannabis plant problems is a challenge. In some instances, certain diseases and pest infestations can indeed be tricky to spot in their early stages. By contrast, detecting the symptoms of overwatering is actually pretty straightforward. Whether growing super skunk marijuana, medical marijuana bud or any other strain whatsoever, there are characteristic signs to be on the lookout for.

For example, the first thing you’re likely to note is drooping of the leaves. When overwatering is the culprit, the leaves across your entire cannabis plant will all begin to droop at largely the same time. If it’s a case of just a few leaves drooping here and there, it probably isn’t an issue with hydration. When too much water is provided, cannabis plant leaves typically begin to droop in a relatively uniform fashion.

The good news being that this characteristic symptom of overwatering can usually be detected very quickly. Provide your plants with too much water and chances are the leaves will begin drooping within a couple of hours. If this doesn’t happen, it’s unlikely that the problem is being caused by overwatering. Keep a close watch over your plants each time you add water and see how happy (or otherwise) they look.

Yellowing of the leaves

When the leaves on cannabis plants show signs of yellowing, it can be indicative of countless health issues. More often than not, yellowing of the leaves is immediately interpreted as a sign of nutrient deficiency. Nevertheless, yellowing leaves that show signs of uniform drooping all the way from the stem are probably the result of overwatering.

If the leaves on your cannabis plants begin turning yellow with no signs of uniform drooping, this most likely indicates a different issue.

What Causes Drooping Through Overwatering?

Cannabis plants are sustained by a complex system of roots hidden beneath the surface of the growing medium. Along with moisture and nutrients, the roots are also responsible for absorbing the oxygen cannabis plants need to do their thing. When too much water is added to the growing medium, the roots are unable to absorb much-needed oxygen and the plant suffocates as a result.

As with all living creatures, it’s the oxygen cannabis plants absorb that facilitates their key developmental and productive processes. When they are unable to absorb sufficient oxygen, they begin to deteriorate and ultimately die. Hence, when you see cannabis leaves drooping uniformly from the stem, it’s a sign of weakness and the early stages of deadly oxygen deprivation.

Precisely why it’s important to act as quickly as possible. Or better yet, avoid these kinds of issues in the first place.

What to Do with Overwatered Cannabis Plants

If you suspect your cannabis plants are succumbing to the effects of overwatering, you’re most likely looking at one of two issues.

More often than not, overwatering is the result of…no surprises here…providing your cannabis plants with too much water. Some growers water their plants too often, while others drown the living daylights out of their plants with torrents of the stuff. Much as cannabis plants rely on moisture to survive, they don’t need nearly as much as you might expect to produce top-shelf bud. What’s more, the amount of water provided should also be varied in accordance with their current life cycle stage.

Other times, you could be providing the perfect amount of water and yet still find your plants suffering. If this is the case, it’s probably an issue with the quality of the growing medium. In order to grow strong and healthy, cannabis plants require a growing medium with outstanding drainage. Without sufficient drainage, the growing medium becomes swamped with stagnant water, which will sooner or later wreak havoc on their health and productivity.

How Much Water Do Cannabis Plants Need?

The most obvious and important question is also the most difficult to answer. In terms of specific water volumes, there’s no rule with regard to how much your cannabis plants need and how often they need it. The reason being that moisture requirements vary exponentially, in accordance with the size and location of the grow space, the growing medium, the size of the plants, climactic conditions and so on.

Assuming you’re growing in traditional soil, a general rule of thumb is to let your finger be your guide. Poke your finger into the top of the soil and when it is dry up to your first knuckle, feel free to add a little more water. The key word here being ‘little’ – it’s better to water your plants frequent and often than drown them once in a while.

Or if you really want to take things to extremes, you could always invest in an automated moisture metre. Placed directly into the soil, an alarm is triggered when the sensor detects more water is required. Always a good option for the more absent-minded home grower.