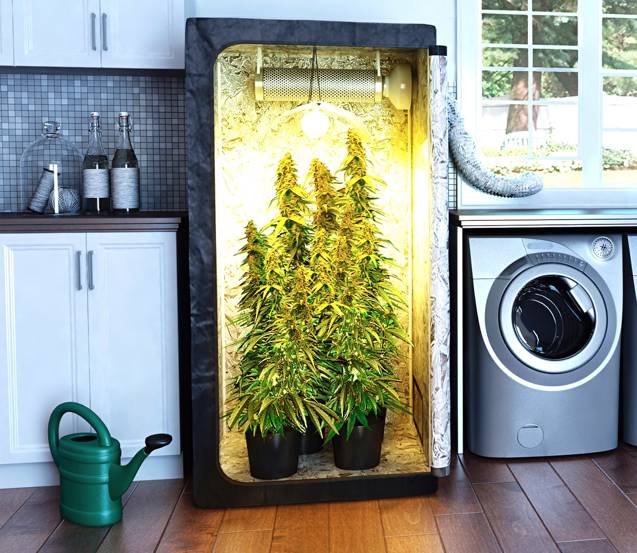 If you have made the decision to continue growing cannabis throughout the winter months, good for you! Well, that’s assuming of course it is entirely legal to grow cannabis at home where you reside. After all, we’re not the types to encourage any kind of illegal behaviour when it comes to cannabis cultivation. Nope. Not us. Never.

The simple fact of the matter is that if you are growing indoors, it really shouldn’t make any difference what the weather is doing outside. That is, just as long as you are willing to make the necessary effort when it comes to maintaining ideal growing conditions. Indeed, get it right and indoor cannabis cultivation during the winter can be every bit as successful and satisfying as growing in the height of the summer. But given the fact that the temperature outside is of course significantly colder, there are one or two additional responsibilities you need to be aware of when growing during the winter time. 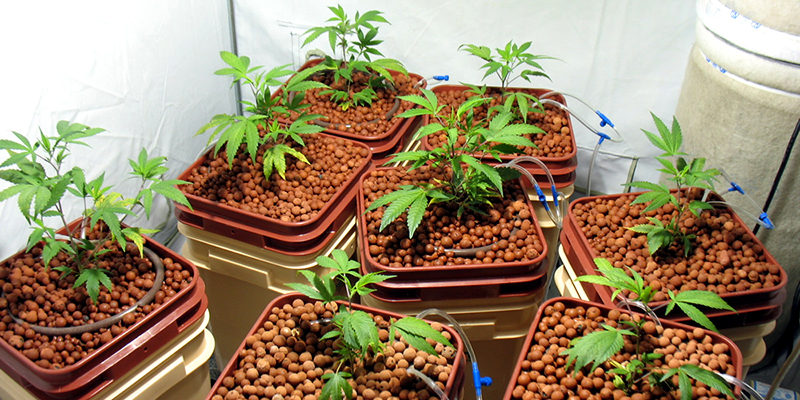 Now, it doesn’t take a genius to figure out that you will probably have to provide your indoor cannabis plants with additional heating during the winter. As a rule of thumb, the temperature you should be providing for cannabis plants during the daytime is 24-30°C (75-86°F), while temperatures overnight should be somewhere between 18-22°C (64-72°F). What’s crucially important to remember is that the rate of growth and the quality of your plants in general will be impacted severely if the temperature during the night falls any lower than 16°C (61°F).

It’s also important to be aware of the fact that you will need to keep a close eye on the difference between the temperature during the daytime and the temperature at night, particularly during the initial three weeks of the flowering period. If the difference in temperature from day to night is too great, you may find that your plants end up noticeably stretched with excessively wide spaces between the internodes. By contrast, if you ensure that the discrepancy between night-time and daytime temperatures is as small as realistically possible, space between nodes will be reduced. Ideally, you should be looking at differences in temperature of between 2-4°C (3.6-7.2°F) for optimum results during the first three weeks of the flowering period. For the rest of the time, the discrepancy should be kept below 10°C (18°F) from night to day.

Taking all of this into account, the most important thing to be aware of is whether or not you are using the kind of lighting setup that generates a lot of heat. The reason being that if you are, the primary advantage is that this kind of rig will usually provide your plants with plenty of heat to keep them warm during the day. However, this can also lead to a significant and potentially dangerous drop in temperatures overnight, after the lights have been turned off. If this is an issue, one extremely simple yet effective way of getting around it is to switch your day-night cycles. Roughly translated, try keeping the lights on overnight to compensate for the cooler temperatures, while turning them off during the daytime when ambient temperatures will remain at a more appropriate and consistent level.

Of course, you may not find that the ambient temperature during the daytime is enough to replicate the ‘overnight’ temperature you are looking to create of 18-22°C (64-72°F). Which in turn means that you may need to think about installing some kind of heating device, in order to ensure that the plants are kept at the optimum temperature throughout the day (or in this case night). Be sure to invest in quality thermostats to keep an eye on temperatures at all times, given the way in which they are often subject to a fast and significant changes during the winter months. 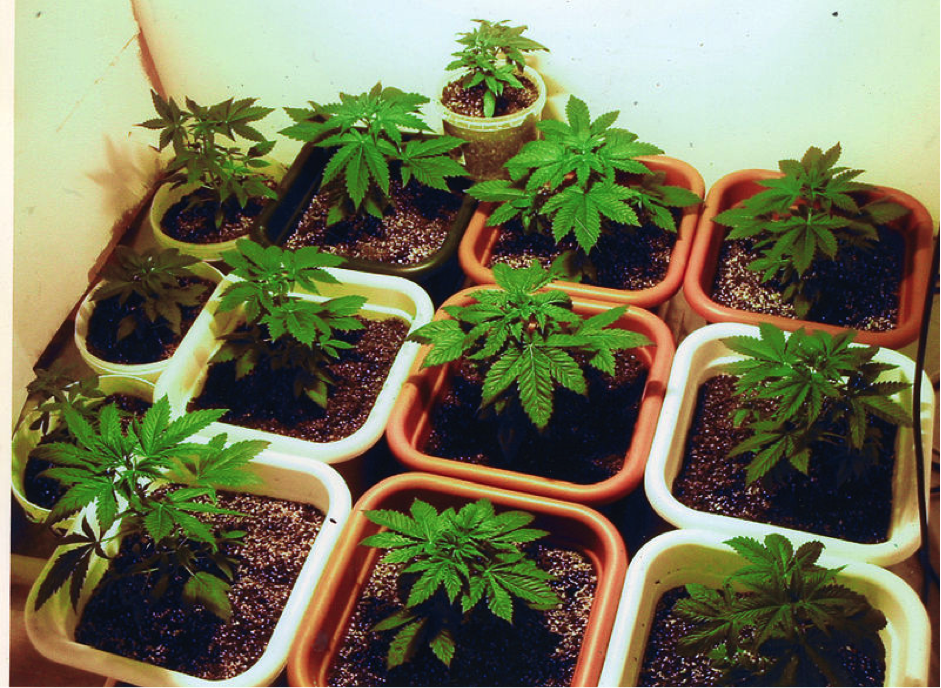 Often overlooked though of equal importance, keeping an eye on ambient humidity during the winter months is something that needs to be stepped up significantly. The reason being that as the temperature of the air decreases, the amount of water that sticks around in the form of vapour also falls. Air that is 25° C for example can hold considerably more water than air at a temperature of 15° C. But it isn’t just the fact that the amount of moisture in the air itself will continually have an effect on your cannabis plants. Instead, there is the way in which the temperature conditions during the winter significantly increase the likelihood of condensation build up – particularly as temperatures fall during the night.

Chances are, you probably already know that cooler temperatures and damp conditions are exactly the kinds of conditions favoured by powdery mildew and other harmful moulds in general. If condensation and moisture are allowed to build upon your plants and remain over time, it is considerably more likely that you will find yourself facing these kinds of potentially devastating problems. In terms of combating the problem, keeping the temperature slightly higher than you normally would be a great way of preventing condensation. In addition, it may be worth investing in a decent dehumidifier for the room, which can make a big difference throughout the winter months.

Interestingly, winter has a tendency to be the driest time of the whole year in many regions, which in its own right can present a number of problems when it comes to growing cannabis. Just as it is possible that the air in the grow room may become overly moist, air that is brought in directly from the outdoors may be excessively dry and perhaps even call for a humidifier. Suffice to say, it is important to keep a close and continual eye on humidity levels at all times, in order to strike the best possible balance.

Which is largely where the primary rule for indoor growing during the winter begins and ends – keeping a careful eye on things. There are plenty of things standing by at all times to put a real dampener on your efforts. An open window allowing bitterly cold and excessively dry air to creep in, a failure in your heating systems leading to a night (or several) of devastatingly cold temperatures, the ever-present threat posed by mould and so on. All very real threats, but all at the same time entirely avoidable with plenty of care and attention.

The alternative option is to wait until the worst of the weather passes, which admittedly can make it at least slightly easier to strike the ideal balance. This is particularly true if you are planning to go away at any time during the winter and intend to leave your grow room under the watch of an automated lighting and heating system. If this is the case, the importance of ensuring you use the kinds of controllers that are flawlessly reliable cannot be overstated. But at the same time, you still run the risk of snap changes in the weather causing problems for your crops.

So as already stated, it’s not to say that growing indoors in the winter cannot be extremely rewarding and enjoyable. It’s simply a case of accepting the fact that you may have to be a little more careful and attentive than you would otherwise be during the warmer months of the year.

Leave your top tips for indoor growing in the comments below.