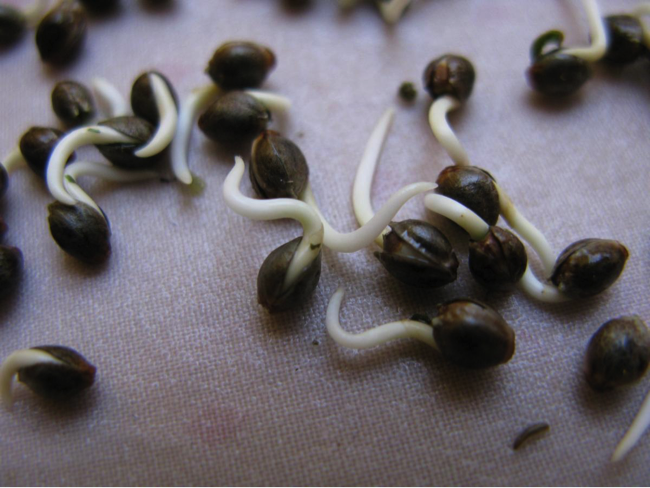 Technically speaking, it’s possible to germinate cannabis seeds you come across pretty much anywhere. Including those you’d rather not find in your baggie. If you’re looking to grow the kind of plants you can be proud of. You need to get hold of some truly outstanding seeds from the best seller you can track down. The higher the quality, the better the results – and the easier the growing process as a result. Plus this way, you get to choose the exact strain and are guaranteed to get exactly that.

In terms of the whole seeds vs. clones debate…well, how long have you got? You’ll get a different answer and different advice from pretty much everyone you ask, so we won’t go down that road right now. We’ll assume you’re going to use seeds, so there are a few things you’re going to need to know about getting them up and running.

The Basics of Germination

If you’ve bought seeds from a quality supplier, you shouldn’t have to worry too much about their health and readiness. If they’ve come from elsewhere, you might. Seeds that appear green or whitish in colour may be immature, meaning they’re simply not ready to be put to use. This can also be the appearance of certain strains – do your research or contact your seed bank if they have sent you white seeds you were not expecting. At the other end of the scale, excessively dark seeds may be a little on the over-aged side, meaning they probably won’t grow well either. Good quality seeds at the perfect stage for germination appear waxy, hard and can manifest in a fair few different colours. If the seeds are in any way fragile, they’re probably no good. If you are looking to purchase seeds, reading a guide first can help you to understand more.

So once you’ve assessed the quality of your seeds, it’s time to get started with the germination process.

The Art of Germination. How to Germinate Cannabis Seeds

Calling the whole thing an ‘art’ might be taking things a little too far, as to be frank it’s pretty easy to get the job done. There are endless different approaches to germinate cannabis seeds, but in every instance you are essentially providing your seeds with exactly the same things in the perfect balance:

You might note that the one usual growth staple that’s missing from the above is light. Not only is light not needed to germinate cannabis seeds, but it can actually slow or even kill the germination process. Hence why you could say that the fourth entry to the list could possibly be time/patience – leaving them alone while they do their business is of critical importance. 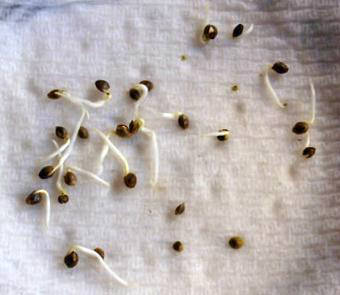 Moving onto the specific methods for germinating cannabis seeds, the paper towel method remains the single most popular. Not only for cannabis seeds, but a whole range of other seeds for growing pretty much anything at all. As the name suggests, the primary component is a couple of sheets of paper towel, which should be folded in half to double their thickness before use.

Take one of the pieces of folded tissue paper, place it on a small dish of some kind or in the bottom of a suitable tub and moisten. You’re not looking for it to be soaking wet, but thoroughly moist. Some sort of spray gun is a good way of getting it right. After this, place the cannabis seeds on the sheet and make sure they’ve got about half-an-inch of space between them. Take the other folded sheet, moisten it to the same moderate extent and lay it on top of the seeds, ensuring it comes into contact with all of the seeds on the sheet.

It’s then simply a case of using another upside-down dish or the lid of the tub to cover the seeds. Making sure it’s closed well enough to create a humid environment but isn’t 100% air-tight. This then needs to be kept somewhere at a temperature of around 21°C – 29.4°C. Keep them in the dark and make sure the towels stay moist. Check them first thing in the morning and last thing at night. With a little luck, it’ll take about 48 hours for all the seeds that are going to open up to do exactly that. Sometimes this can take up to 7 days. So again be patient!

Transfer them to your chosen growing medium as soon as the shoot and root begins to show through. 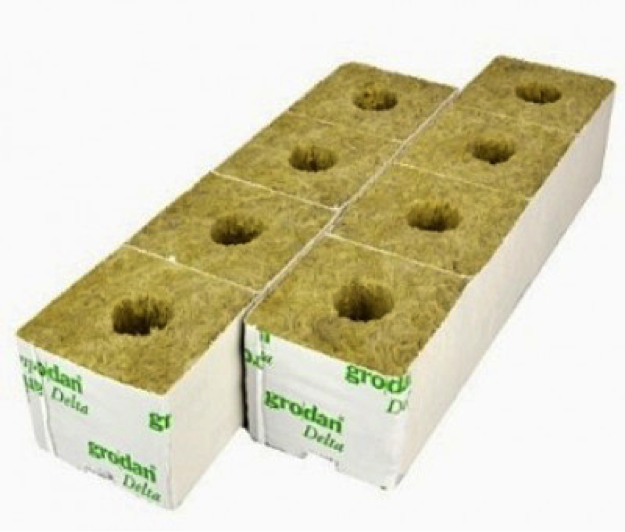 If you are planning to grow using a hydroponics system, one of the best ways of germinating your cannabis seeds is to use Rockwool cubes. This spun material holds moisture very well and can make it easy to transplant your seedlings straight into your hydro system when the time comes.

You’ll need to take cubes of around 1-inch in width, height and depth, which should be first soaked with water and then squeezed out well to remove the excess. Take the seeds and place them sideways, one in each cube into a hole at the top of the cube. Gently squeeze the hole to close it up, or use a little more Rockwool to fill the hole. The cubes should then be placed in a tray container and left in warm, controlled conditions.

Using this method, it usually takes between 24 and 48 hours for the seeds to begin to sprout, after which the time comes to take the whole tray and put it to work in your hydroponics system.

The Glass of Water Method 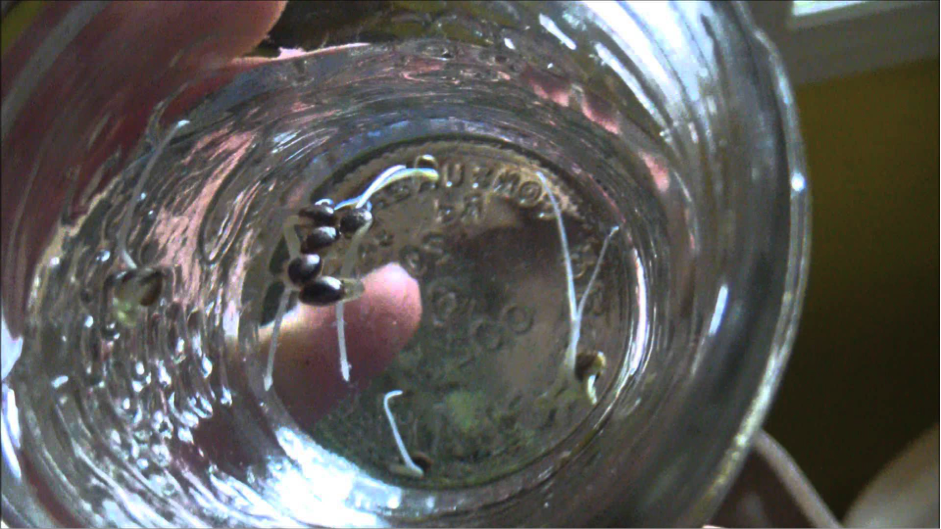 Last of the three common methods comes the glass of water approach. For the most part it is pretty much self-explanatory. Some swear by this approach to such an extent that it’s the only method they’ll even consider. It’s definitely one of the easiest, not to mention the least demanding in terms of equipment needed.

It’s as simple as taking a glass or cup of an average size and filling it with regular water of a semi-lukewarm temperature. Not hot, not freezing cold. Next, place a few cannabis seeds in the water, take the cup and place it somewhere warm, safe and dark. You can always stick a tea towel or something similar over it to keep things dark. Or even put the cup in a box. Be sensible with the number of seeds you drop in, half a dozen for a cup of water being about the norm.

Leave the warmth, moisture and darkness to do its thing and you should start seeing results after 24 hours. Some seeds take up to 48 hours, depending on the strain. Just as soon as the shoots and roots begin showing through, get them planted in your chosen growing medium very carefully.

Germinating your seeds in soil isn’t recommended. There are a few reasons for this, the main being you do not have the same level of control as in the three methods discussed. If they don’t shoot in a few days temptation to unearth kicks in and any seedlings can be damaged. Save your the soil until you already have a tap root exposed and then plant them.

Sometimes seeds fail, this can be for a number of reasons. Some of which are down to user error and some of which just can’t be helped. Remember seeds are a natural product and even if you do everything correctly a percentage just won’t ever germ. This is why a plant produces so many, it is trying to increase its chance of passing on its genetics.

Factors in your control include how your seeds are stored, being impatient when germinating and exposing them to too much light. Also allowing them to dry out, over watering or even a cold draught damaging your seeds during the process. If you decide to use soil don’t be tempted to uncover them. Young roots don’t like the light and this can damage them, also make sure you have the correct PH levels.

And that’s it – three fool-proof ways of getting cannabis seeds into gear and beginning the growing process. Of course, you must make sure that doing any of the above isn’t going to get you arrested. But that’s your responsibility, not ours!

How do you germinate cannabis seeds? Tell us your methods in the comments below.