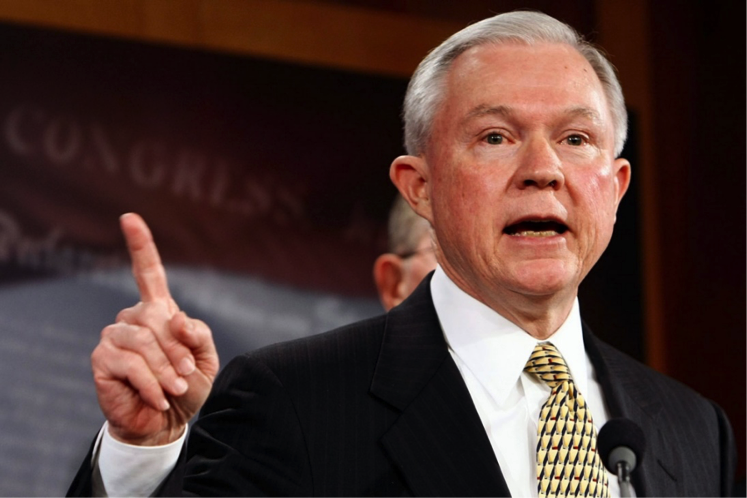 The US government continues to flex its bureaucratic muscle and engage in the kind of rhetoric that really isn’t doing anyone any favours. You wouldn’t expect hardcore critics like Attorney General Jeff Sessions to suddenly turn around and throw his weight behind cannabis legalization, but given the facts on the table, you’d also think it unlikely that he’d embarrass himself with further misguided and baseless comments.

He stated this week that the Justice Department will try to adopt “responsible policies” when it comes to the enforcement of cannabis law at a Federal level. This, despite the fact that Trump repeatedly promised to continue allowing things to be handled at a state level. Clearly illustrating his lack of knowledge, Sessions made the bizarre suggestion that cannabis use is directly linked to violence in the US.

“I believe it’s an unhealthy practice, and current levels of THC in marijuana are very high compared to what they were a few years ago, and we’re seeing real violence around that,” the attorney general said.

“Experts are telling me there’s more violence around marijuana than one would think and there’s big money involved.”

Sessions “Not A Fan” of Marijuana

Quite simply, the exact opposite of what we’ve learned by way of scientific and sociological studies. He didn’t say exactly what he meant in terms of controlling cannabis and nor did he offer a scrap of evidence to support his dangerous and misleading claims.

“I am definitely not a fan of expanded use of marijuana,” he added.

“But states, they can pass the laws they choose. I would just say, it does remain a violation of federal law to distribute marijuana throughout any place in the United States, whether a state legalises it or not.”

Once again – zero evidence of a link between cannabis and violence, plus a complete u-turn on prior promises not to get involved in individual state cannabis policies.

It remains to be seen how it all pans out, but it’s hardly surprising the industry as a whole isn’t exactly breathing easy right now.

Do you think Sessions will crackdown on Cannabis use? Tell us what you think below.