All You Need to Know about Legal Cannabis in California 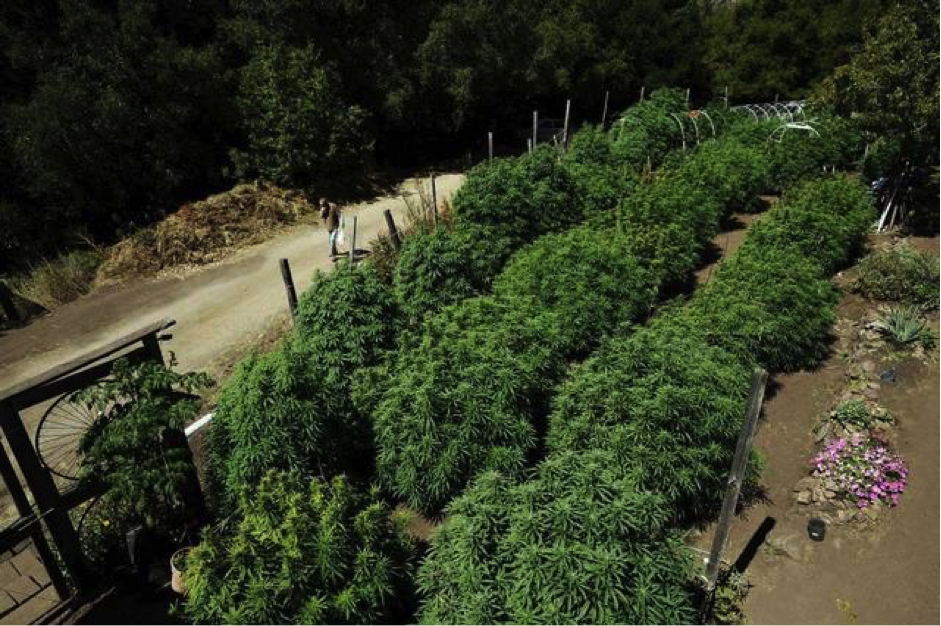 On the surface, the legalization of recreational cannabis in California sounds like a relatively simple thing. In reality, it’s pretty much the exact opposite. The reason being that Proposition 64 is a 62-page-long document that spells out immensely detailed and complicated terms and conditions, with regard to exactly how recreational cannabis will be regulated and controlled in California.

Of course, the vast majority of what’s laid out in Proposition 64 will be of little to no relevance to the average cannabis user. Instead, most of it is to deal with commercial cultivation, sales, quality control, taxation and so on. Nevertheless, there are certain things you really should know about Proposition 64 – assuming you intend to make use of the new rules at some point.

Which is why we figured we’d summarise some of the more important elements from the document, just to get you up to speed on the basics:

First and foremost, the new initiative will make it legal only for those who are aged 21 and over to possess or use cannabis. In addition, such individuals will be able to buy a maximum of 28.5 g of recreational cannabis at any one time. For anyone under this age, cannabis will remain 100% out of bounds in a legal sense.

Home growing will be legal to a certain extent

You won’t be able to smoke cannabis everywhere

Just as is the case with cigarette smoking, lighting up any kind of cannabis will be subject to strict controls and legislation in most public places. Anywhere that tobacco is not permitted to use, nor will it be possible to use cannabis. In addition, the legislation set out in Proposition 64 states that unless cannabis is smoked in a private residence, it will be legal for it to be used within 1,000 feet of any school, youth centre, day care centre and so on. For obvious reasons, it will also be entirely illegal to consume cannabis while operating any kind of motor vehicles, aircraft or boat.

If you break the rules, you’ll get a fine

Anyone who breaks the rules with regard to consumption of marijuana in public places will be instantly hit with a fine of up to $100. If busted in a place where it is illegal to smoke tobacco, the fine increases to $250. During the early stages of cannabis legalization in California, it is widely expected that local authorities will be particularly heavy handed with such fines, in order to demonstrate to the public in general that they cannot and will not get away with ignoring new legislation.

Commercial pot will be kept away from kids

Children will be kept away from Cannabis

In order to satisfy one of the biggest concerns shared by critics, Proposition 64 contains very specific legislation with regard to the marketing of and access to products that may appeal to children and teenagers. Along with it being illegal to supply any cannabis products to anyone aged under 21, marijuana packaging must be child-resistant and designed in a manner that will not appeal to youngsters.

You won’t see commercials for weed on TV

Very specific legislation has also been set out with regard to the commercial advertising of recreational cannabis. Just as has become with tobacco across much of the world, the initiative seeks to ensure that any kind of advertising that portrays cannabis use as normal or positive cannot and will not be viewed by youngsters.

You can’t just grow your own and sell it on

Interestingly, while it will be perfectly legal to grow your own cannabis, purchase recreational cannabis legally and use it anywhere that falls outside excluded locations, selling your own product onto anyone else means first obtaining a licence. And paying the required fees. Which technically isn’t difficult to understand, given the way in which much of the point of the whole legalization process is to get rid of the black market entirely, replacing it instead with a highly controlled and monitored legal cannabis market. And if you do decide to go the whole hog and apply for a licence, you can expect extensive background checks and relatively complicated terms and conditions when it comes to taxation.

If you don’t get a license, you’re in trouble

While flouting the new legislation in terms of where you can smoke cannabis may net you a fine, selling cannabis without full authorisation to do so could see you spending up to six months in jail. Alternatively, you may simply be slapped with a fine of $500 if the offence is relatively minor. There will also be penalties for violations regarding commercial activity of any kind involving cannabis without a license. One of which being that if you are found to have been involved in any kind of illegal or unlicensed activity, you risk your entire cannabis crop and supply being destroyed.

It’s going to take some time

Last but not least, if you’ve been thinking about taking a trip to California over the next few months and expect to see the place packed with more cannabis dispensaries than fast food joints, you might want to think about holding off on your vacation. Contrary to popular belief, even in the likes of Colorado and Washington State it wasn’t a case of things radically transforming overnight. Instead, it’s something of a long and occasionally frustrating process of waiting for the required legislation to be both drawn up and implemented, after which recreational cannabis businesses can begin opening their doors across the state.

In the meantime however, and as already mentioned, it’s important to be aware of the fact that local law enforcement authorities have every intention of continuing their relatively strong approach when it comes to penalising those who flout cannabis legislation. Despite the fact that new laws are on their way, they aren’t here yet – meaning that they don’t yet apply in many respects.

What do you think of the California Cannabis rules? Let us know in the comments below.