Marijuana by Mail: Neither Safe nor Sensible 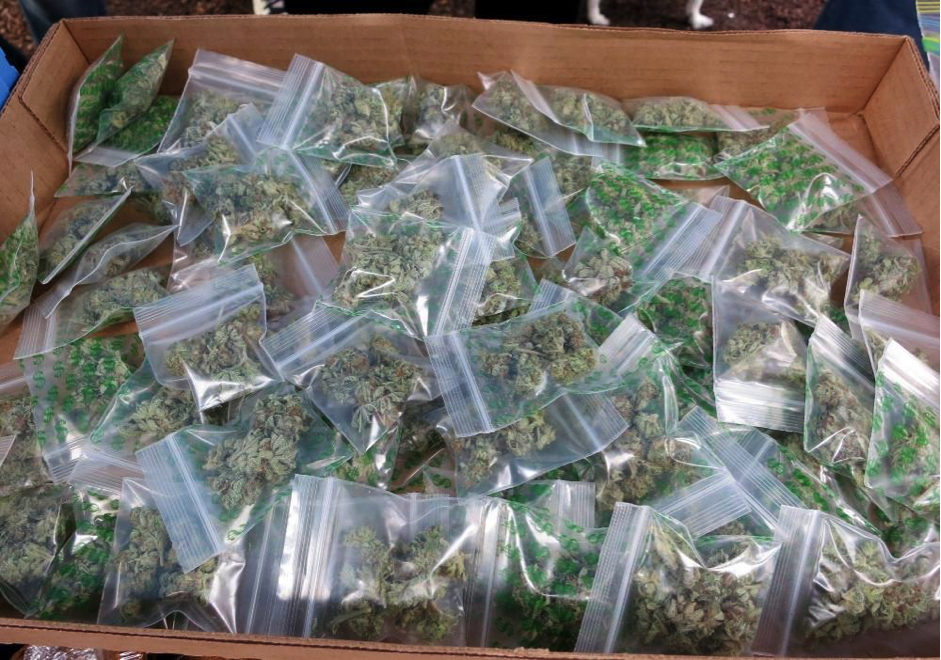 Pot by post has been a thing for some time now. Even prior to legalisation across much of the United States, it wasn’t exactly difficult to find somebody somewhere selling cannabis online. Today, buying and selling pot via the web is easier than ever before. Whether on the lookout for Star Tonic or a batch of the fabled Hellfire Strain, it’s all right there for the taking.

Unfortunately, marijuana by mail isn’t quite the no-brainer it appears to be. In case you hadn’t already figured it out, current legislation governing cannabis distribution and use in the US isn’t exactly what you’d call simple. It’s quite to the contrary – there are hundreds of complex clauses complicating the whole thing.

One of which being selling and receiving cannabis by mail. Just because you can send or receive cannabis by post doesn’t necessarily mean you should. In fact, it’s neither safe nor sensible to get involved in any kind of marijuana mail transactions.

Until you obtain the necessary licence or radical new legislation is rolled out, the whole pot by post thing will continue to be a (very) bad idea.

Still not convinced? Here’s why buying or selling cannabis by mail – even where recreational cannabis has been legalised – really isn’t a good idea:

In the United States, cannabis is still an illegal drug. At a Federal level, absolutely nothing has changed – cannabis remains the same schedule one drug it was before legislation was changed at a state level. Technically speaking, the Fed can still prosecute anyone for using or selling cannabis in any way, shape or form. In terms of shipping cannabis by post, this remains illegal not only at a Federal level, but also at a state level.

If you’re busted illegally shipping cannabis, you’ll technically be prosecuted at the same level as any other illegal dealer. This means you could be looking at $250,000 in penalties, along with five years in the slammer. Even if it’s your first time shipping a small amount of cannabis, they’ll still assume you’re a dealer and throw the book at you.

Some mistakenly believe that pleading ignorance represents the ultimate insurance policy when buying and selling pot by post. For the buyer, it’s as easy as insisting you never ordered it in the first place and have no idea where it came from. As for the seller, you’d be forgiven for thinking that a parcel with no return address couldn’t possibly be traced back to you. The reality being that both parties are sadly mistaken. Not to mention, prone to be held liable if the contents of the package are detected.

If you choose to buy or sell cannabis by mail, you cannot and will not get away with any of the usual excuses. You can plead ignorance all you like, but you’ll still be in for the same heavy penalties and prosecution.

If you knew what went on behind the scenes at the postal service, you’d never post anything even remotely dodgy again. These days, screening techniques are so intensive that pretty much any package can be (and often is) meticulously examined, inside and out. They’ve been working on sophisticated measures to detect drugs in packages for decades – do you seriously think you can fool them?

Even if you think your cannabis is discreetly hidden in a package, it probably isn’t. Just because it’s undetectable to the average human doesn’t mean it can’t be sniffed-out by one piece of technology or another. When it is, one of two things will happen. It’ll either be handed to the authorities, or jacked by the person who found it. In either case, you’re wasting your time, money and weed on a pretty big risk.

Right now, the Federal government is looking for any excuse to clamp down on cannabis distribution and use. It’s no secret that the Trump Administration isn’t what you’d call the world’s strongest cannabis advocate. Hence, those who break the rules are not only being severely punished, but also monitored by the Fed from then on in.

Roughly translated, you only need to be busted as a potential drug dealer to be flagged by the Fed indefinitely. After which, your existence is likely to become significantly more difficult. Your movements and activities may be tracked, even the slightest misdemeanour could see you in a world of trouble and you’ll always be watching your back. So it’s worth asking yourself – is it really worth it, just for the sake of posting some pot?

The United States cannabis industry is walking on eggshells right now. Until cannabis is legalised at a Federal level – which may never happen – nobody is willing to push their luck. As a result, those who have already been busted for any kind of illegal cannabis activity are well and truly exempt from joining the industry.

You might not have your eyes on a cannabis job right now, but what about the years to come? If there’s any blemish you don’t want on your record, this is it. So once again, this simply adds up to a risk that isn’t worth taking.

Last but not least, buying and selling cannabis by post is always tempting. But when you think about it, it’s also largely pointless. Assuming you live in a region where recreational cannabis has been legalised, there are far cheaper and easier ways to get hold of all the bud you could ever wish for. If frugality is the priority, you can simply grow your own. If looking for the most outstanding new strains on the market, you’ll probably find them first at a decent dispensary.

Realistically therefore, there isn’t a great deal to gain by getting involved in pot by post. Until current legislation is overhauled, you’re simply taking too big of a risk for a relatively minor payoff.