Mould: Why It Happens, How to Avoid It 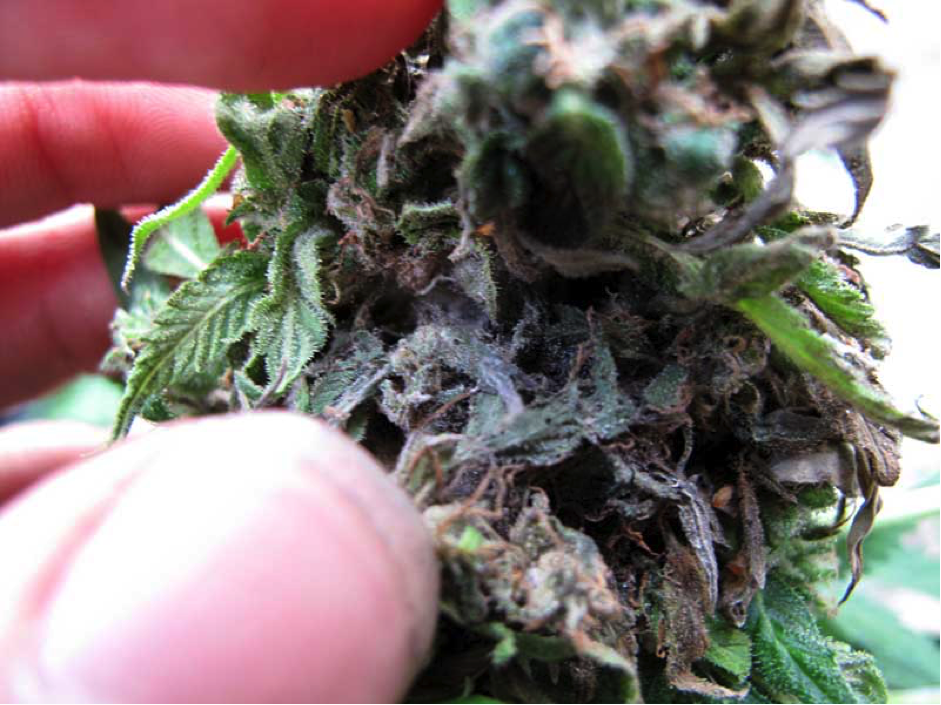 You’ll face the biggest risk of your cannabis to succumbing to mould during the drying and curing process. But even when you’ve bagged yourself a batch of the final product, there’s still every chance mould will make an unwelcome appearance. And when it does, you could be staring disaster square in the eye.

If you’ve ever wondered where mould comes from and how it does its business on pot, you’re far from the only one. The good news being that in this day and age, cannabis storage solutions are leaps and bounds ahead of their more dated counterparts. In fact, it’s actually pretty easy these days to keep your cannabis fresh for a decent period of time at least.

Still, mould will occasionally rear its ugly head and you therefore need to know how to both prevent and identify it. Which is precisely what we’ll be looking at here – a 411 introduction to one of the biggest and most common headaches plaguing pot communities all over the world.

How Long Can You Keep Your Cannabis Fresh?

Realistically, how long can you expect to preserve the freshness of your cannabis? An important question, but one that has a multitude of factors to consider. After all, it depends how exactly you classify ‘freshness’ when it comes to cannabis.

If, by ‘fresh’, you simply mean preventing your cannabis from becoming too dry and ensuring its primary qualities are retained, it’s possible to keep things fresh and healthy for up to six months. Bud begins shedding some of its gorgeousness almost immediately after being harvested, so you can’t expect it to be 100% after such a period of time. Nevertheless, there’s no reason why things should start looking grim and unpleasant after just a few weeks.

As for mould, weed is technically susceptible to mould throughout its entire existence. Precisely why you need to keep tabs on your storage standards, holding your bud in an airtight container of a suitable size and keeping it in a cool and dark place.

Do this and just as long as you keep moisture out of the equation, you’ll most likely keep mould at bay too.

How Does Weed Become Mouldy?

The exact science of mould and the different types of mould that pose a threat to your cannabis really aren’t important. Instead, you simply need to arm yourself with the knowledge of how and why cannabis becomes mouldy in the first place. Otherwise, you run the risk of watching your buds decay in to a moist and rotten mess destined for no place other than the trash.

In the simplest terms possible, mould gets to work on cannabis as a result of insufficient air flow and excessive humidity. This leads to moisture finding its way into the buds themselves, providing the perfect breeding ground for mould.

Irrespective of whether you’re growing cannabis or looking to store your excess buds for any given period, it’s exactly the same set of triggers. Stale and stagnant air, combined with too much humidity and insufficient supervision on the part of the grower/owner. Unless you keep a close eye on your cannabis and the conditions in which you’re keeping it, you’re opening the door to mould and laying out the red carpet.

How Easy is it to Spot Mould?

One of the biggest problems with the moulding process is the fact that it can be difficult to detect in its earliest stages. Given the fact that cannabis flowers present a variety of different colours and are often covered in a glistening-white coating of trichomes, it can sometimes be impossible to spot with a quick glance.

As a result, you may find that the first detectable sign of mouldy cannabis is an alteration to its aroma profile. If things smell decidedly stale, musty or sweet, there’s a good chance mould has set in. Unfortunately, there’s also a good chance it set in some time ago and you’ve been happily smoking the stuff in complete obliviousness.

Give your buds a good pinch and if things feel wetter or stickier than you’d expect, this could also be a sign of mould. Or if you take a hit of the stuff and it makes you cough in a way you wouldn’t normally, mould could be the cause of the issue.

On the plus side, hitting mouldy weed isn’t likely to cause you any irreparable damage. It’s simply harsh, unpleasant and ineffective – all with the potential to trigger an allergic reaction in some people. So while it’s not the most terrifying problem to encounter, it’s nonetheless best avoided.

How to Prevent Cannabis Mould

If you suspect that mould has begun developing in your cannabis, the best thing to do is throw it out. If there’s just a tiny amount of the stuff you can clearly see and/or feel, you could attempt to remove the problem area and retain the rest. Chances are it will have spread to other parts of your pot, but there’s always the chance it’s an isolated issue.

As is usually the case with such things, prevention is far better than attempting to tackle the problem at a later date. Preventing cannabis from going all mouldy is simply a case of storing your nugs properly, which means investing in a decent container or storage jar.

Don’t store or open your cannabis containers in any place where humidity levels may be high. Keep a close eye on temperatures and monitor your nugs on a regular basis to assess their health and condition.

Last but not least, be extremely wary of any advice regarding freezing your buds or storing excess cannabis in the refrigerator. Doing so can be a catalyst for mould development when you take the stuff out and allow it to return to room temperature.