One Hit Too Many? How to Deal with an Anxiety Overload 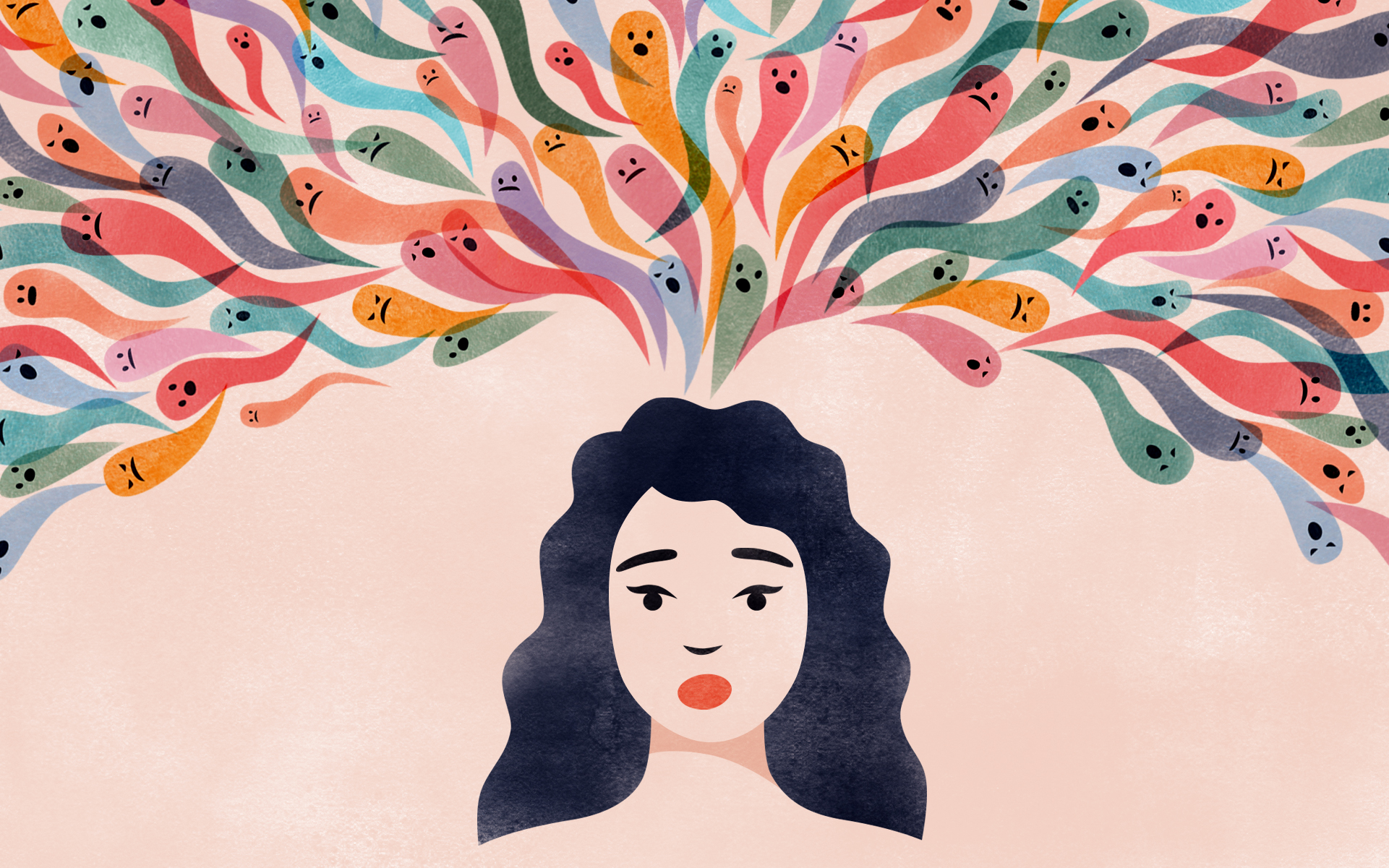 These days, medical cannabis patients worldwide are turning to premium bud to treat their anxiety. Research has suggested that the right cannabis strains consumed at the right time can be surprisingly effective anxiety treatment.

Still, it’s also no secret that overdoing it with cannabis in general can be a common anxiety trigger.  Even in those who don’t normally suffer from anxiety, one toke too many can trigger a quite unpleasant episode.

For some, it’s all part and parcel of the experience. Anxiety and paranoia being a staple aspect of the stoner experience, just like the munchies or couch-lock.  Experienced infrequently, the occasional bout of mild pot-induced anxiety isn’t the end of the world. But when you find yourself dealing with a seriously overpowering anxiety overload, it’s a different story entirely.

Truth is, nobody really knows why cannabis is more likely to trigger bouts of anxiety in some people than others. Nevertheless, research has pinpointed a bunch of common triggers that are known to increase the likelihood of experiencing an anxiety attack.

For example, if you’re already feeling stressed and generally strung out, hitting the wrong cannabis strain could bring on feelings of anxiety. If there’s something you’re worried about or have on your mind, the same applies. Even something as simple as overdoing caffeine or stimulants of any kind before hitting the bong can affect your likelihood of suffering an anxiety attack.

As such, ensuring you’re in the right frame of mind before lighting up is a good way to go. As is being sure you’ve selected the right cannabis strain and know where to draw the line tolerance-wise. Much as you love A Train Weed and Cabbage Patch Strain, too much of a good thing is never a good thing!

But assuming all such ships have sailed, what can you do to quell an anxiety attack when it hits? What’s the quickest and most effective way of getting your feet back on the ground?

It’s typically a case of trial and error, but the following have been known to help in most cases:

If you have anything lying around with a good dose of CBD in it, think about giving it a hit. That is, just as long as it contains practically no THC whatsoever.  Research has shown that CBD has the capacity to counteract many of the effects associated with overconsumption of THC. From capsules to tinctures to edibles and so on, it’s worth giving anything a try that can get some quality CBD into your system. If you’re prone to these kinds of attacks, you might want to keep some medicinal CBD products on-hand anyway. Along with countering the effects of THC, CBD is known to be an effective anxiety treatment in its own right. One that doesn’t present nearly the same kinds of side effects as more conventional anxiety treatments.

Likewise, research has shown that Terpenes can have a direct impact on the effects you feel during and after consuming cannabis. What’s more, there are certain Terpenes that have been associated with anxiety-relieving effects, which can be great if you’ve overdone it a little. By getting to work with a powerful anti-inflammatory effect, Terpenes deliver the kind of instant and lasting relief that could make all the difference. As for where you can find them, you’ve probably already got all you need lying around the home. Lemongrass, mangos, lemons, black peppercorns – just a few potent sources of beneficial Terpenes.  Whip up a wacky cocktail using all of the above and you’ll be back on your feet in no time.

One of the most important rules when it comes to anxiety in general is to avoid boredom at all costs. If you find yourself in a position where you have nothing to do, you’ll simply sit around focusing on how anxious you feel. In doing so, you’ll end up feeling even more anxious and the attack will last significantly longer. Instead, you should be looking to do anything you can to keep yourself busy. Even if it’s something you don’t particularly enjoy, it’s a way of keeping your body and brain active, while focusing on something other than the attack.  Cleaning your house, washing your car, organising your cupboards, playing a musical instrument – anything is better than nothing. Music and movies can help, but may also give you far too much time to sit and dwell on how terrible you feel.

Cook Up a Storm

One of the best ways of counteracting a cannabis high that goes one step too far is to eat something delicious. The therapeutic effects of eating something you like could be just the ticket for counteracting the anxiety you’re feeling at the time. If it’s the only realistic option available, pick up the phone and order in something you couldn’t normally justify ordering. A rare treat you deserve right now. But if you can drag yourself off the couch, it’s far better to head to the kitchen and get busy with some culinary creativity. The reason being that along with the pleasure of eating something, you’ll also spend a decent amount of time distracting yourself with the cooking process. By the time you’ve cooked, eaten and cleared things away, you’ll probably be feeling a whole lot better.

Last but not least, it’s essential that you keep reminding yourself that any adverse effects felt following overconsumption are temporary. Easier said than done, but a fact nonetheless. Irrespective of how experienced with cannabis you may be, it’s only a matter of time until you take things one step too far. When you do, you’ve nobody to blame but yourself. The good news being that at the height of your anxiety attack, there’s nowhere to go but up. Every minute and hour, you’ll gradually feel a little bit better until you wonder what all the fuss was about. Take a deep breath, look yourself in the mirror and remind yourself it’s really nothing to worry about.