Presidential Candidates on Cannabis – Clinton Vs Trump Vs Johnson

There’s really no two ways about it – 2016 will be remembered as the year cannabis policy in the United States was reshaped like never before. Even when factoring in the legalization of recreational pot in Colorado and Washington State, never have so many states and regions so intensively reviewed how cannabis is controlled.

This November will see nine North American states put either medical or recreational marijuana use to a vote for the very first time. There are currently four US states where recreational cannabis has been legalized, while medical pot is now legally accessible in a full 25 – as in half of the entire country. Impressive enough, but if things go the way the cannabis community hopes they will in just a few weeks, we could be looking at a full NINE states with legal recreational cannabis and 28 states where medical marijuana is finally given the green light.

When boiled down to the very basics of the subject, it’s pretty easy to see why so many states are for the first time actively moving toward relaxed and sensible cannabis legislation. For one thing, there’s the way in which growing numbers of doctors and health experts are pretty much begging lawmakers to accept the fact that cannabis has more beneficial medical properties than just about any other plant on Earth. Not only this, but the amount of cash that could be collected by way of annual tax dollars from the legalization of recreational pot is something that can no longer be overlooked. In Colorado for example, sales of legal marijuana hit $996 million in 2015, which saw $135 million going straight into Uncle Sam’s pocket. This year, it’s already evident that the $1 billion sales barrier will be broken for the first time – even more tax dollars being raked in.

Along with this, there’s also the fact that the U.S. Drug Enforcement Agency (DEA) is in the midst of an intensive review, that could potentially lead to cannabis no longer being classified as a Schedule 1 Drug. Just as long as it remains classified as such under federal law, it makes it nigh-on impossible for legal cannabis companies to seek and secure essential financing and investment – even services as simple as checking accounts and credit cards. Despite being legal in their own states, cannabis remains technically illegal across the whole of the US. That is, unless it is reclassified as a Schedule 2 Drug.

Of course, while all this is playing out there’s still one big question on the minds of many – how will the results of the presidential race affect cannabis policy? Well, the simple answer is there’s no simple answer, but we can certainly gain a better impression of what to expect by examining the positions of each candidate individually. 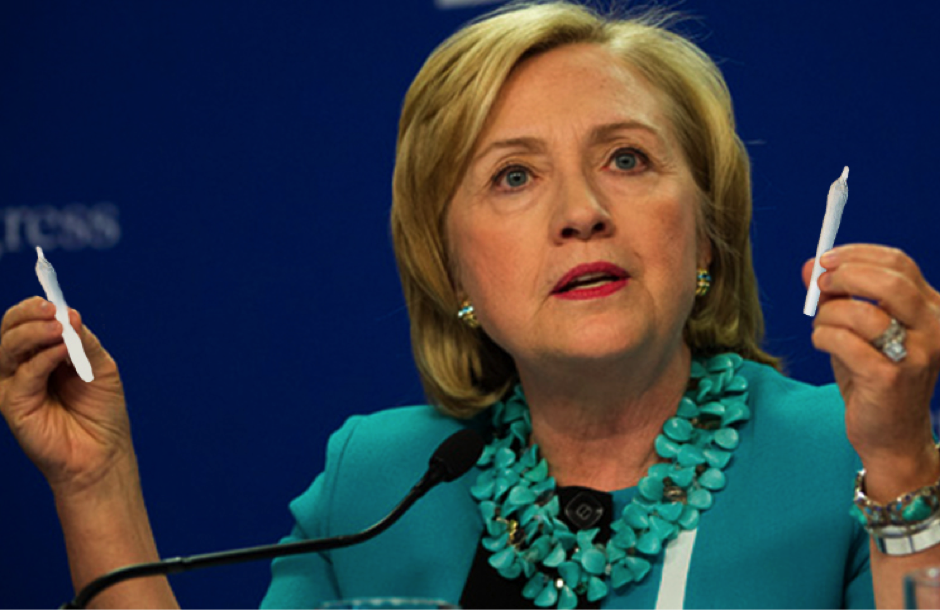 In the case of Hillary Clinton becoming president, we can certainly expect to see changes in marijuana policy, though perhaps on a relatively slow and steady basis. Rather than acting on existing information and pushing for significant changes in the immediate moment, she seems to be on-board with Barack Obama’s ‘wait-and-see’ approach. Roughly translated, keep an eye on the way things are going right now in areas where cannabis has been legalized, making future decisions based on what goes on there.

One of the things Clinton does want to see changed immediately however is the way in which law enforcement focuses its effort. She firmly believes (or at least claims as such) that there are still far too many arrests in the US related to cannabis, which cost the country far too much money and waste too much time. She wants more effort to be focused on violent crimes, stating that America could be made a safer country be easing cannabis regulations.

In addition, she said that she supports “allowing states that have enacted marijuana laws to act as laboratories of democracy.” As touched upon above, this basically amounts to allowing cannabis to remain legalized in states that have already passed their own bills, in order to serve as demonstrative examples for the rest of the nation. If they’re able to show the country how beneficial legalized cannabis can be with zero negative effects to speak off, the example may be followed elsewhere.

Last but not least…in fact perhaps most important of all…she has said that she would push for cannabis to be reclassified as a Schedule 2 Drug. This would have massive implications on cannabis businesses all over the United States, finally opening up access to financial services and investment. 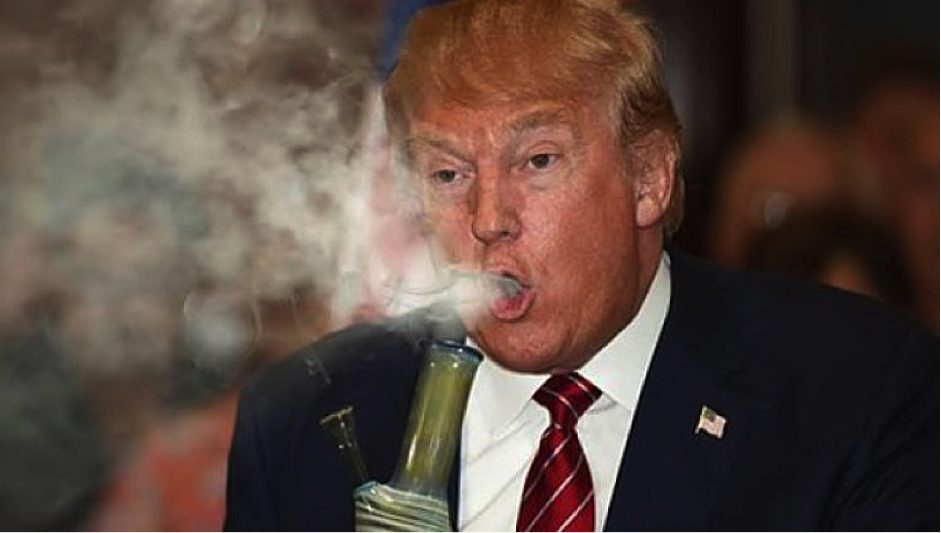 In the case of Donald Trump on the other hand, it’s a case of six of one and half a dozen of the other. It’s no secret that ever since he made the announcement that he was running for the White House, he’s made it abundantly clear that he intends to see medical cannabis legalized nationwide. In fact, he told Fox News a while ago that he was “100%” in favour of legalization of medical cannabis…period. But while Clinton has dissected and divulged much of her intended roadmap for her own changes to cannabis policy, Trump has been considerably less specific.

Over on the recreational side of things, it’s hard to take Trump seriously. The reason being that while he’s given the impression on more than one occasion that federal legalization could happen, he’s flip-flopped fairly frequently in terms of his own apparent support and views. Depending on the interview, you could have taken away the idea that he was either totally for or massively against the idea. He’s made a point of discussing both the negatives and the positives of what’s gone down in Colorado since legalization, painting the picture more of a neutral part than one with any strong opinions. Still, there’s no reason to think that Trump would in any way push to reverse the progress already made in states that have legalized recreational cannabis. 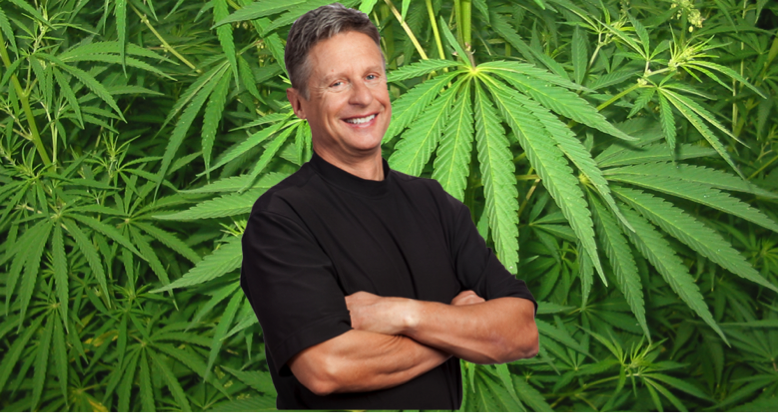 As for Gary Johnson, it’s not as if he’s realistically in with a shot of winning at this stage, but still…you never know for sure. As for his take on cannabis policy, he’s been supporting the legalization of pot for most of his time in office, having stated on numerous occasions that it would become a prime topic of focus for the Libertarian Party.

Speaking on the upcoming vote in California, Johnson believes that the results of the November ballot could have wide-reaching implications in terms of future legalization across the whole of the United States.

“When California does that in November, in my opinion, it’s no longer going to happen at the ballot box,” he said.

“I think that legislatures that are remaining all around the country embrace this and make it happen. That said, I think the American people then come to grips because of legalizing marijuana that this is a health issue. That it’s not a criminal justice issue and I think the whole country takes a quantum leap going forward and it starts with a basic recognition of health as opposed to being criminal. And the only thing we’re advocating legalizing is marijuana.”

Interestingly, while it’s Trump that has given the strongest indication of all that medical cannabis may be 100% legalized if he’s elected, this doesn’t seem to have swayed the opinions of voters. A while back, a poll was carried out by Marijuana Business Daily which saw more than 720 respected cannabis professionals asked for the opinions on the presidential race. It was largely expected that given his views on medicinal cannabis and frequently aired thoughts on recreational legalization, Trump would be a shoe-in.

Instead, it turned out that Clinton was the landslide favourite among cannabis experts in the United States, with Trump barely getting a look-in. Specifically, 43% of those polled stated that they’d like to see Clinton elected, compared to a rather paltry 26% for Donald Trump. Despite his pretty clear priorities, Gary Johnson took the third spot with just 16% of voters, with a further 10% saying they hadn’t made their minds up yet.

And when speaking with investors in the cannabis industry, it was largely the same story – the 38% of Donald Trump being eclipsed by 46% for Hillary Clinton.

As for why, it’s apparently down to the way in which Clinton has at least been semi-specific as to what she plans to do with regard to cannabis policy, if elected. Trump’s comments and hints have given cause for optimism, though remain a little too vague with no concrete roadmap behind them. In addition, the Democratic Party has historically proved to be more progressive and proactive on cannabis policy – voters apparently looking further than the leader to the party as a whole.

So for the time being, it seems Trump isn’t going to be able to win the support of the cannabis community, unless he’s willing to go on-record with a realistic plan he’s happy to stick by.

Suffice to say, he’s running out of time to put one together.