For some, cannabis quality is measured by way of potency. As far as they’re concerned, the higher the THC levels, the better…and that’s pretty much the end of the matter. For others, potency doesn’t hold nearly as much relevance as yields. In such instances, the focus is on producing as much as possible as quickly as possible, more often than not for financial reasons. You know who you are, we don’t blame you but we consumers aren’t interested in yields.

We’re part of a new breed, there’s a growing contingency of us, we consider ourselves discerning cannabis users for whom nothing matters more than taste. Some call us flavour chasers, others connoisseurs. Now we have increasingly, high-quality cannabis strains which are being engineered to deliver the most extraordinary flavour profiles – many with the kind of complexity and depth you’d expect from a fine wine…only better and without the hangover!

Of course, it’s all a very mixed bag when it comes to cannabis flavours. Just as there are plenty of low-grade strains that taste like huffing on a dirty rag, there are hundreds that seem to promise great things and just don’t deliver. They carry the sweetest names imaginable, but serve up a whole load of nothing. Right at the other end of the spectrum come those strains that are nothing short of mouth-watering. With so much now known about cannabis people have been breeding strains for the best terpenoid profiles rather than just to get the highest concentration of THC levels. It’s not as if you really need good pot to be any more moreish than it already is, but still…tasty is tasty!

So with this in mind, what follows is a brief roundup of ten of the most incredibly delicious best tasting cannabis strains doing the rounds right now which will and truly wipe the floor with most others: 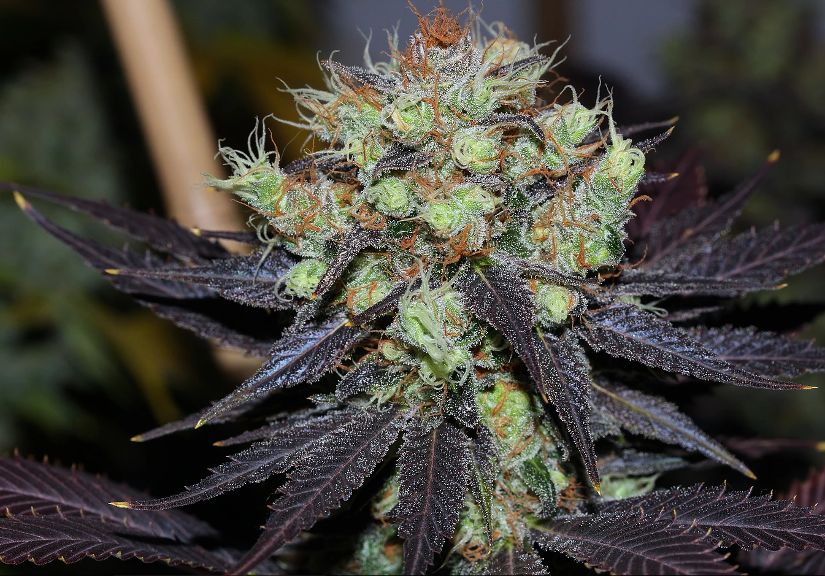 If there’s one strain that never fails to take newbies by surprise…as in newbies to this particular strain…it’s Sugar Black Rose. Blaze a bowl of this stuff and you’re effectively blasting a concentrated dose of ultra-sweet and powerful tropical fruit notes into the air, the likes of which are impressive to say the least. What Sugar Black Rose manages to do perfectly is keep that distinctive floral note in its aroma, without in any way translating to an overly-perfumed flavour when smoked. It’s there in the background, but it’s predominantly the tropical fruit notes that take over both before and after the buds are lit. 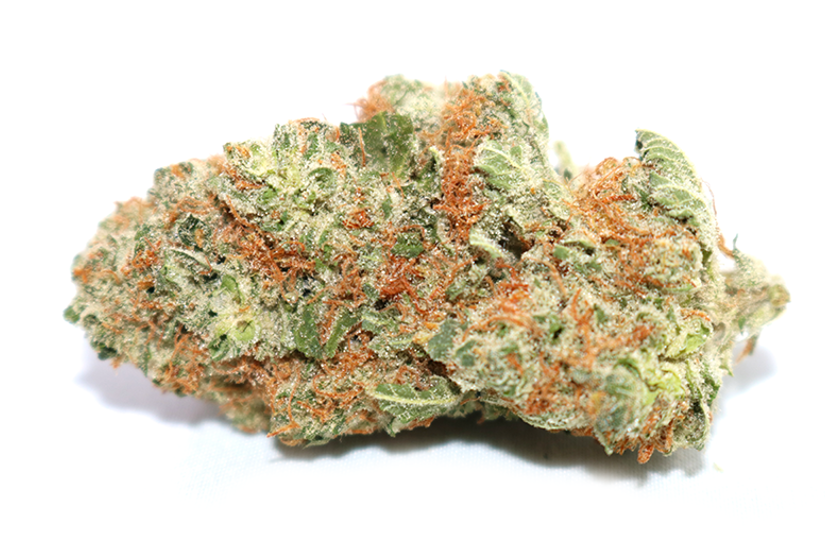 Always a winner when it comes to producing epic concentrates, Tangie has officially pipped Orange Juice to the post when it comes to incredible citrus flavour. And not just that overpowering, semi-eye-watering heavy citrus note, either. With Tangie, there’s a massive concentration of limonene which delivers an aroma and flavour that’s closer to a clementine than an orange. Sweet, fruity and nothing short of mouth-watering, there’s a very slight hint of white pepper in the flavour profile that brings the whole thing together gorgeously. You’ll find a fair few who’ll tell you there’s really nothing between Orange Juice and Tangie, but they’re wrong…when it comes to flavour, anyway! 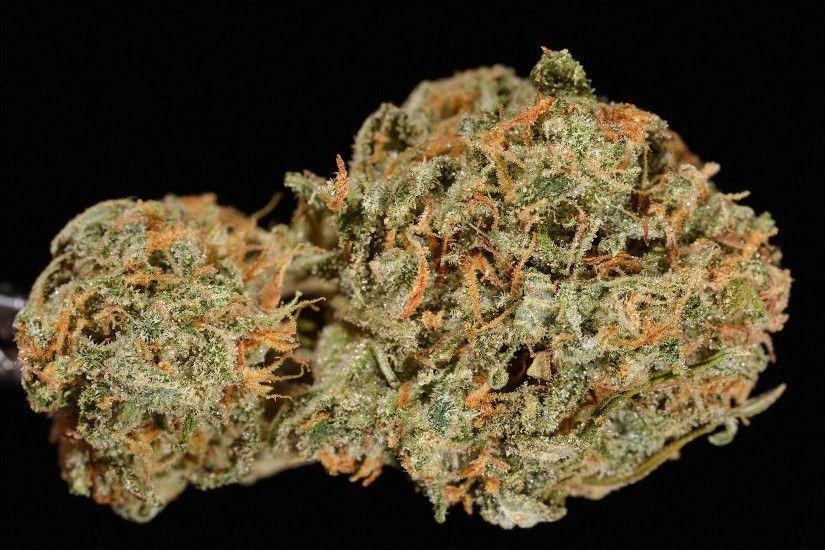 Still top of the pile despite thousands of new strawberry entries joining the mix, Strawberry Cough is going from strength to strength across both Washington and Colorado. And it’s not exactly hard to work out why either – it’s sort of like combining a rich, decadent and refreshing dessert with your favourite smoke. While some strawberry strains deliver an excessively sweet initial hit – quite like candies loaded with artificial ingredients – Strawberry Cough errs more to the side of baked goods. The strawberry flavour might not be as immediate and obvious, but it’s also truer to the real thing – as in real strawberries. It looks the part, it has an aroma to die for and it smokes like a dream – what more could you ask for? 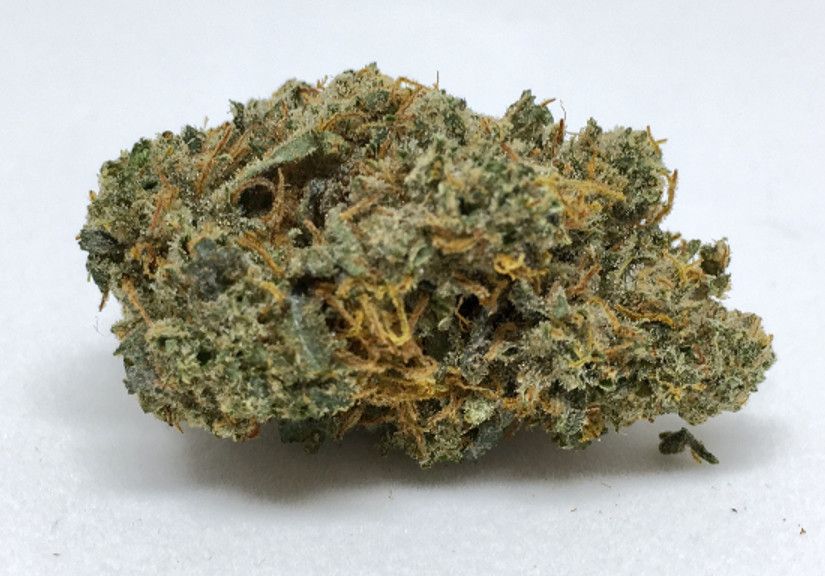 There will always be those who simply ‘get’ what powerful cheese strains are all about – others struggling to grasp the appeal. Which isn’t something that’s difficult to understand, given the way in which the pong of ripe, dank cheese isn’t what a lot of folk would happily use to fragrance their homes…or themselves. Nevertheless, when it comes to cheese strains that deliver on their promises, you’d be hard-pressed to find one more capable than Big Buddha Cheese – aka BBC. Get hold of some quality BBC bud and the ripeness of the cheese fragrance it puts out is borderline mind-blowing. You really can pick up notes of Roquefort that’s just been given the right amount of time to breathe. Once again, this might come across as nothing short of vile to the anti-cheese crowd, but if the stinky stuff is your thing, you’ll be seven levels of Heaven with this guy. 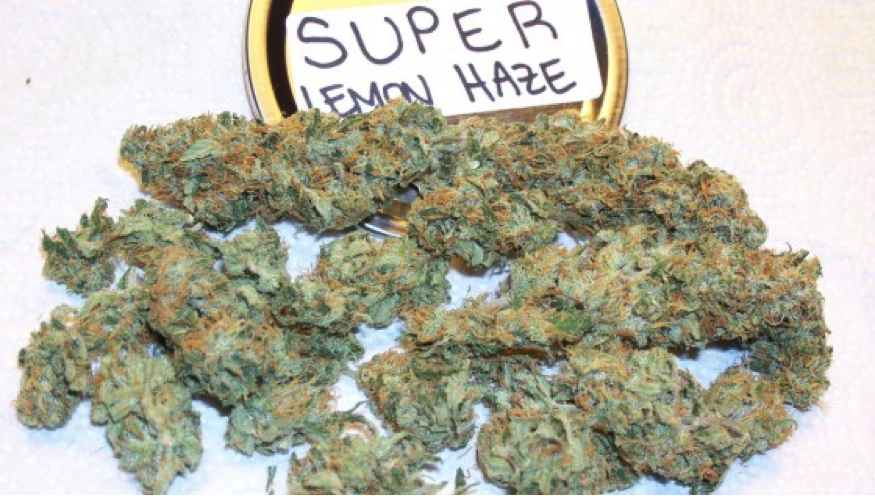 You really can’t consider yourself a cannabis smoker of refined taste if you haven’t both tried and loved Super Lemon Haze. The modern classic to end all modern classics, it’s the way it brings together sharp citrus with a sort of rich, buttery backing that makes this perhaps the most enjoyable citrus strain going. Think of it a little like the fragrance of a zingy lemon cake melding with that of buttered popcorn – this is pretty much how you identify a seriously good batch of SLH. If it comes across with a whiff of floor-cleaner or overly sour, it’s more likely that you’ve been dealt a bad batch – the good stuff is irresistible. And of course, the fact that it’s super-easy to grow and delivers yields that are both huge and powerful doesn’t harm its appeal either. If you’re into pairing good bud with food, you’ll probably find no better partner for anything hauled out of the sea. 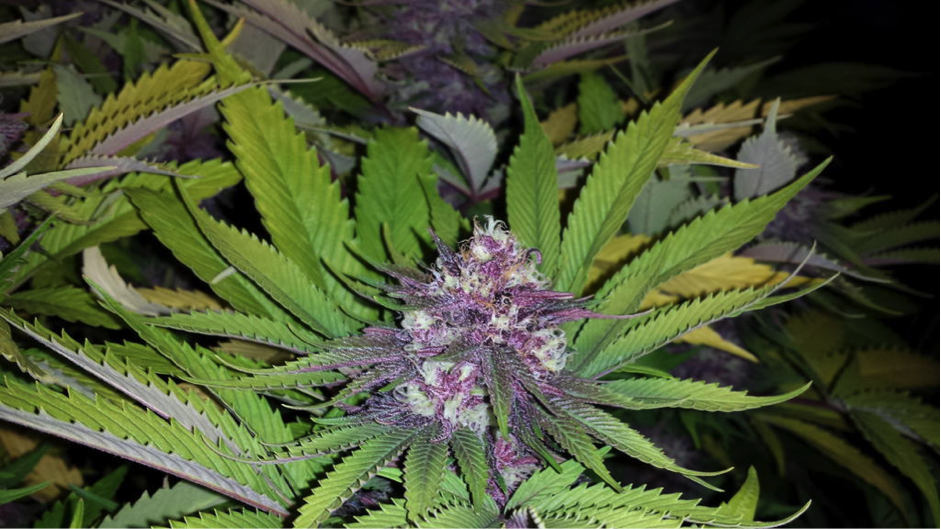 A genuine masterpiece of cannabis genetic engineering, the guys behind Black Cherry Soda well and truly hit the nail on the head with this one. From the name, you’d expect a semi-obvious cherry fragrance and a sweet, sugary hit when smoked. And that’s exactly what you get, but what’s guaranteed to take you by surprise is just how pronounced that ripe cherry flavour is the moment you open the jar, which also has a sort of syrupy-sweet undertone of its own. The flavour, as expected, harks very much of concentrated cola, backed by that cherry undertone that’s carried on the smoke like a dream. 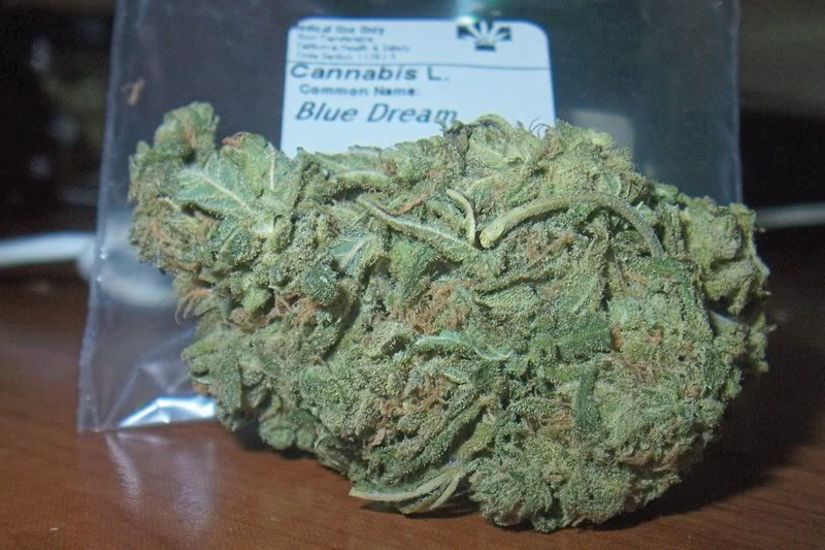 Years from now, the cannabis community might look back on Blue Dream and say ‘Gee, what was all the fuss about?” For the time being though, it’s a big deal – the biggest, in fact. The best-selling strain by a million miles in Colorado and Washington alike, it’s currently the undisputed champion of champions. Why? Well, quite simple because not only does it practically grow itself, deliver an epic Indica high and look nothing short of gorgeous, but the flavour profile is out of this world. A wonderful undertone of spice coated in sugary sweetness and that unmistakable blueberry note – all of which results in a smoke that’s as unique as it is satisfying in every conceivable way. 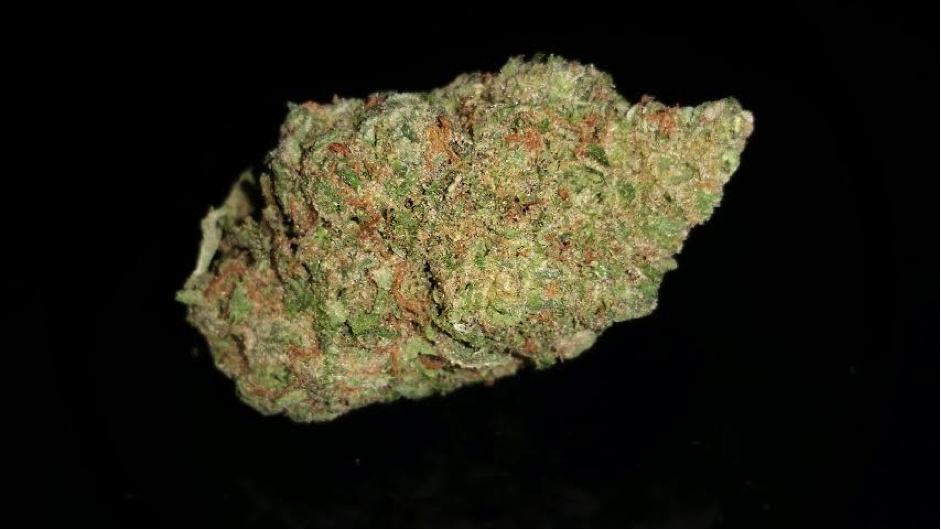 If you’re the kind of person for who the taste of sweet grape candy would immediately take you back on a trip of real nostalgia, you really have to get your hands on some Game Changer. As the name implies, this one strain alone pretty much re-wrote the book on gorgeous grape-flavour cannabis strains – it’s so fruity it almost tastes artificial. But it isn’t which is what makes it an absolute killer. Think of grape soda or maybe even grape bubble gum, add a touch more sourness with a gorgeous citrus undertone and you’re pretty much there. And of course, the fact that it packs such an awesome stockpile of trichomes and is a pretty forgiving strain to grow also makes it a favourite among true weed connoisseurs. It’s not dissimilar to Grape Ape – it’s just on another level flavour-wise. 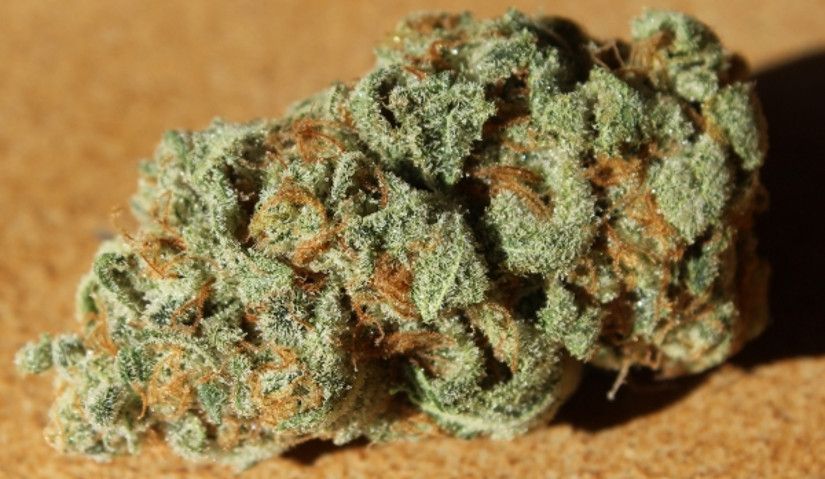 There will always be those who write off Girl Scout Cookies in general as a flavour of the month that hung around way too long. In reality though, the fact that it’s still one of the biggest of big deals among growers, sellers and smokers alike proves it’s nothing of the sort. The Thin Mint variant used to be a bit of a gamble. With a heavy dose of Durban Poison genetics, the pine undertone was often way too elevated and ended up smelling like a commercial cleaning agent. Get a good batch these days though and it’s a smoother, silkier and more satisfying hit of flavour than ever before. A creamy hit that’s somehow clean and refreshing at the same time – all boxes ticked and then some. 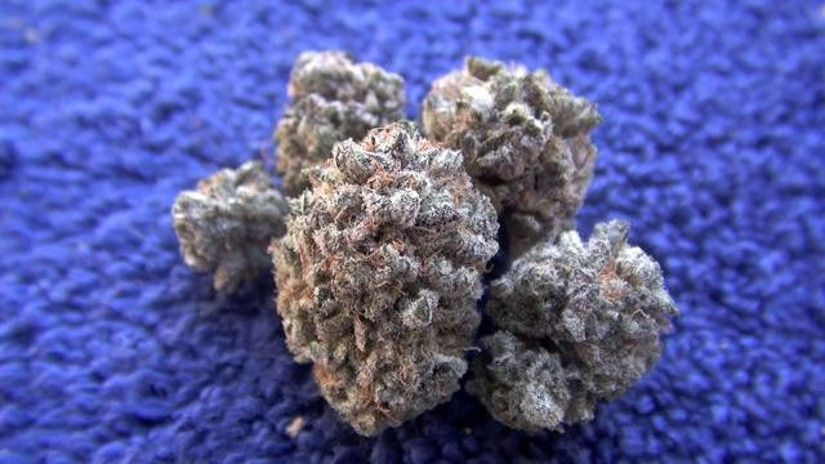 This Indica-dominant strain is the thing of beauty to look at, with its beautiful crystal-coated buds and super-generous yields. But what makes Blackberry X Blueberry such a hit are those outstanding flavours of…well, probably you can figure that one out for yourself! But seriously, you really can pick up on the flavours of blueberries and blackberries, both totally independently and as part of a remarkable cannabis concoction. BX has earned a stellar reputation in medicinal cannabis circles for its anxiety and pain-reliving properties, though it’s among the recreation cannabis community that BXB is truly the stuff of legends.

Psst… Don’t forget to tell us your favourite flavours below.