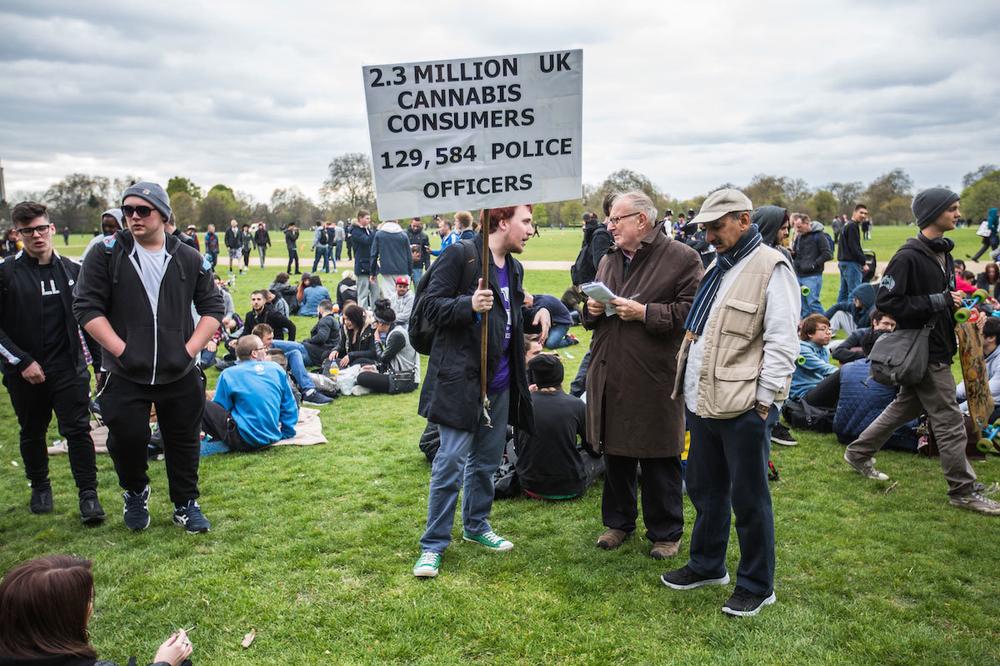 The United Kingdom is falling embarrassingly, some say even dangerously behind when it comes to its domestic drugs policy. As the United States continues its journey towards total decriminalisation of cannabis, it’s as if things in the UK have somehow got stuck in a tired and frustrating loop.

That’s the warning issued to the British government by a group of experts, who have stated in the simplest terms possible that it is absolutely imperative that change be brought about is soon as possible. The legalization of cannabis in the United Kingdom would contribute no less than £1 billion if to the British economy every year, in combined taxation and the money that would be saved on pointless criminal justice costs that continue to stack up even today.

Recent studies have shown that somewhere in the region of 7% of all adults under the age of 60 are either actively using cannabis or have used it within the past 12 months. The latest report was issued by liberal think-tank the Adam Smith Institute and Volteface, which collectively lashed out at the government for its fundamental failures in producing effective and workable cannabis policy in line with the expectations and the needs of the current generation.

“The Government strategy is based around three main pillars: reducing demand, restricting supply and building recovery. All three are failing,” it said.

Rather than making criminals of the millions of people who choose to use cannabis up and down the United Kingdom, the group would prefer to see new legislation brought in and geared towards a reduction in crime, an increasing cannabis quality and a means by which it could be distributed safely. In doing so, this would mean not only safer and more controlled access to cannabis for those wishing to use it, but also the immediate and permanent end of the black market.

The importance of driving criminal drug dealers off the streets is something that all sides of the argument are in full agreement on.

Former deputy prime minister Nick Clegg, former health minister Norman Lamb and a number of influential figures from the Tory and Labour parties alike are insisting that the time has come for the United Kingdom to take heed of the examples currently being set by the United States. Not only is Great Britain dangerously behind in terms of recreational cannabis policy, but the country as a whole has not yet begun to scratch the surface when it comes to life-changing medical marijuana.

Elsewhere in Europe, Portugal legalized cannabis in 2001, Germany is preparing to legalize medical marijuana for the first time and cannabis has effectively been decriminalised in the Netherlands for decades.

As far as Mr. Clegg and the rest of the campaign group are concerned, it is essential that the United Kingdom begin to implement change as of right now, in order to prevent falling behind any further.

“British politicians need to open their eyes to what is happening in the rest of the world,” he said.

“Cannabis prohibition is being swept away on a tide of popular opinion and replaced with responsible legal regulation,”

“Now is the time for ministers to start writing the rules for this legal market, including age limits and health warnings, so that we can finally take back control from the criminal gangs.”

He made his views on current cannabis classification abundantly clear, saying it was absurd that a substance that is considerably safer than many medicines currently in use continues to be side-lined as a public nuisance and danger. It was back in the year 1997 that the last big push to attempt to persuade the government to revisit cannabis policy took place in the UK, which ended with tens of thousands of people protesting across Central London. Nevertheless, very little has happened in the meantime, which has in turn resulted in Britain falling into what’s being referred to as the ‘dark age’ of cannabis policy. It is the argument of campaign groups that the country’s current standpoint on cannabis is of absolutely no benefit to anyone on any side of the argument. 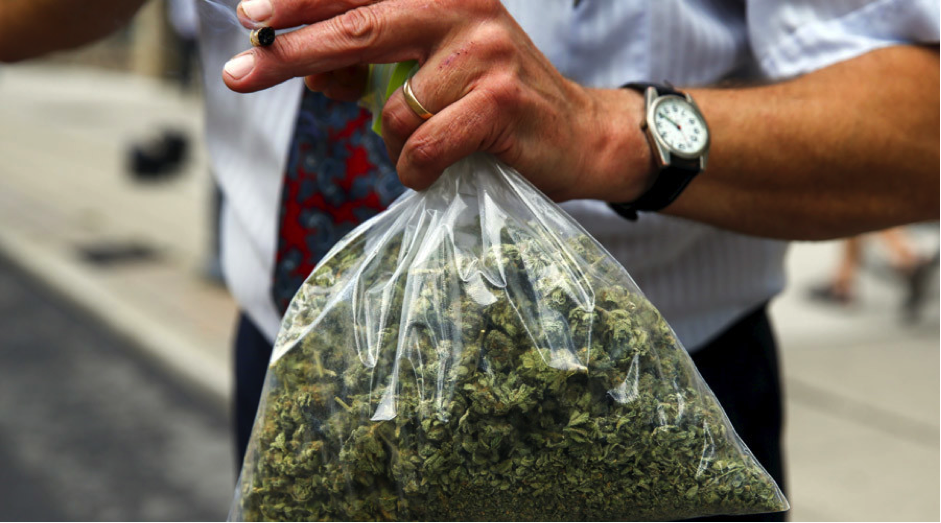 It is estimated that a legal cannabis market in Great Britain could be worth somewhere in the region of £7 billion annually, which would in turn see upwards of £1 billion making its way back into the system in the form of reduced criminal justice costs and tax revenues.

“Prohibition is harmful and counter-productive, helping neither to reduce drug use nor the risks to public health,” Mr. Lamb commented.

“While other countries and US states are increasingly coming to adopt a more enlightened approach to drug policy, we are stuck in the dark ages, filling the pockets of criminals and perpetuating the stigma which prevents so many drug users from seeking help.”

The report was also backed by Labour MP Paul Flynn and co-leader of the Green Party Caroline Lucas.

“The UK’s 45 years of harsh prohibition has multiplied use and harm,” said Mr Flynn.

“A legal market would destroy the drug’s attraction as forbidden fruit and encourage users to ingest cannabis, of known strength and quality, in ways that will the avoid deadly dangers of smoking.” 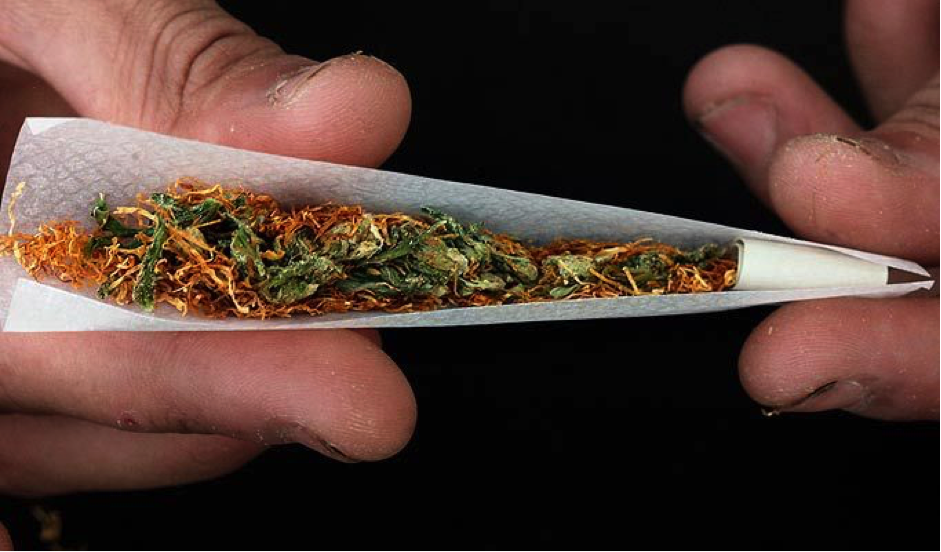 In reality though, it isn’t only about the economic contribution legalized cannabis could make and nor is it the way in which cannabis has the potential to bring any number of benefits in its own right. There’s also the way in which the decriminalisation in the UK will put to an end the market for the kinds of illegal synthetic cannabis substitutes that are wreaking havoc up and down the country. Once again, there’s been another instance wherein a group of people put their health and perhaps even their lives on the line, by using a potentially deadly synthetic cannabis product.

This time, the incident took place at a Christmas market in Birmingham and involved a group of people using a substance called Black Mamba. Despite the fact that this particular substance is banned, it is still extremely easy to get hold of and relatively cheap. The group in question smoked the substance and summarily collapsed and required medical attention. They escaped without any serious consequences, but the incident nevertheless highlighted once again the dangers of messing with the kind of stuff you cannot predict or control.

Synthetic cannabis is produced by taking random plant matter and spraying it with equally random chemicals of unknown origin. Every batch has a tendency to be entirely different from the next and the last, meaning that you fundamentally have no idea what it is you are using. And even if you do, what you are using is a cocktail of chemicals the likes of which have already led to multiple deaths and life-changing illnesses and injuries worldwide.

It’s all incredibly frustrating, given the way in which this problem would immediately go away if the British government was to revisit cannabis policy in a proactive and positive way. For the time being though, the Home Office has made it clear that it does not have any intention of reclassifying cannabis, meaning that incidents like this are all but guaranteed to continue.