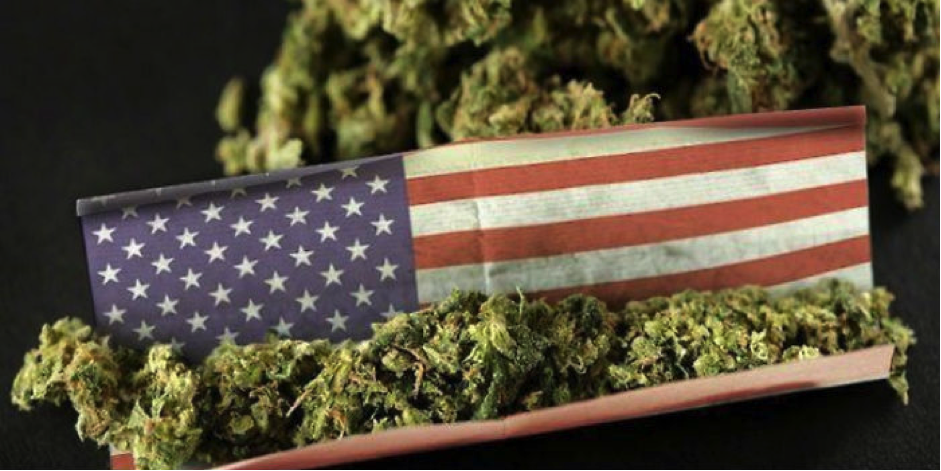 Prior to partial legalization, one thing that was never in doubt about the U.S. cannabis industry was the way in which it was going to be extremely lucrative. Exactly how lucrative is something that would only be determined in time, given the way in which legislation would largely dictate how, when, where and by whom business could be done. But it quickly became clear that initial projections were somewhat on the modest side, with analysts being forced to revisit their estimates practically on a monthly basis as the industry exploded with unprecedented acceleration.

Subsequently, projections at the beginning of 2016 saw the year’s total cannabis industry tally coming out somewhere in the region of $6 billion. And so it proved, with the official figure having gone on to be reported as $5.7 billion. All of which is impressive enough, but as far as a recent study from ArcView Research is concerned, we’ve really only seen the very tip of the iceberg. Indeed, if these guys know what they’re talking about, we could be looking at a legal cannabis industry worth more than $21 billion by the year 2021.

$50 Billion Within the Next Ten Years

Still not impressed? Ok, well how about if we look a little further forward. According to a report from 10 Cowen & Co. analysts, the U.S. cannabis industry could be worth in excess of $50 billion by the year 2026. Which basically means that it would have to more than double once again in the five years between 2021 and 2026.

But what’s even more interesting is the way in which these figures could increase dramatically, should further states decide the time has come to give the green light to recreational or medicinal cannabis. All of which is likely to depend on two very important things going forwards – how things pan out in the latest states to go ahead with legalization, along with how the Trump administration decides to approach the cannabis issue. 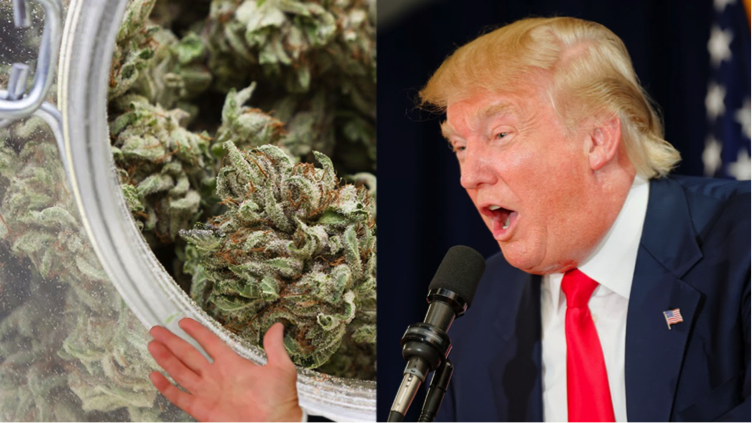 It is still unknown where Trump will stand on cannabis

Over recent years, Donald Trump’s comments on cannabis haven’t exactly been revealing enough to paint an accurate picture of what to expect. He has, on more than one occasion, given the impression that he believes cannabis legislation is something that should be controlled at state level. Nevertheless, many of those he has appointed to the highest White House positions – including Atty. General Jeff Sessions – are about as outspoken against cannabis as it is possible to be.

Of course, there’s a big difference between campaign trail rhetoric and the kinds of promises that are likely to be kept. Nobody expects Trump to keep to his word on every promise pledged, but this doesn’t mean issues as important as cannabis legalization will be swept to one side and ignored.

So given the current status of things as they stand right now, what are the most plausible prospects when it comes to the way Trump and Co. will handle cannabis legislation over the coming years?

Given the fact that Jeff Sessions has his finger on the big red Federal law bottom, he could easily push it at any time and declare war on recreational cannabis users. What’s interesting (if a little distressing) about the current situation where Federal law contradicts state law is the way in which the government could technically target and largely destroy the recreational cannabis industry, while leaving the medical marijuana camp untouched. The recreational cannabis industry in the United States is still at such a remedial level that this probably wouldn’t be as difficult or unthinkable as most would assume. If not with direct raids, closures and seizures of funds/property, the government could instead simply make it so difficult and expensive for recreational cannabis businesses to operate that they would be driven off the market anyway.

The plug is pulled on both recreational and medicinal cannabis

Then of course there’s the nuclear option, wherein the Trump administration decides to pull the plug on the entire cannabis industry statewide. Once again, this seems like something too large, complicated and unthinkable on the surface. But at the same time, it’s worth remembering that this is the man who pledged to repeal Obamacare, effectively stripping 22 million people of their health insurance and causing havoc for the insurance industry. In comparative terms, the cannabis industry is relatively small fry. Rather than going after everyday cannabis users, this option would most likely entail giving all cannabis producers and dispensaries across the board something of a countdown period, after which they must terminate their activities. It’s an extreme and improbable prospect, but it is by no means off the cards.

The current industry remains as it is, but no new states are permitted

Generally speaking, most seem to agree that the Trump Administration will not consider cannabis legalization to be any kind of priority. Instead, chances are they will be so busy building their wall on the Mexican border and sorting out the country’s health care crisis to pay much attention to cannabis for the time being at least. However, one stance the government could take is to largely allow the current industry as it stands today to continue freely, while implementing measures to ensure that no new states are able to legalize recreational or medicinal marijuana. Simply by failing to provide any real indication as to how the government intends to handle the cannabis issue going forward, it is highly unlikely that any new states will push to implement sweeping cannabis reforms, without first knowing what’s to come.

Nothing changes, everything remains controlled at state level

Perhaps the most plausible prospect of all is that Trump will stand by prior comments where he stated that he personally believes that cannabis should be controlled at a state level. He and many others have commented on the fact that the United States is simply too large for something as simple as cannabis to be controlled at a Federal level – despite the fact that it remains illegal, in accordance with Federal law. In short, the easiest and most sensible thing for Trump to do for the time being at least would be to allow each state to continue penning and enforcing its own legislation on both recreational and medicinal cannabis.

Last but not least, it’s worth remembering that Donald Trump is one of the most successful businessmen in the world and he has to date given some of the biggest jobs in the White House to other businessman. He has spoken of creating millions of new job opportunities for U.S. citizens, massively reducing taxes and pumping untold amounts of money back into important causes all over the country. As such, it is unlikely to have escaped his attention that the U.S. cannabis industry looks set to be worth in excess of $50 billion within the next 10 years. However, should he surprise the entire world and suddenly decide to de-schedule cannabis at a Federal level, the industry could be worth an incalculable sum much quicker than that. And if he really is all about making America work for the people of America, it’s perfectly possible that this could all someday become a reality.

Tell us what you think in the comments below.