Has Your Weed Gone Bad? Here’s How to Tell 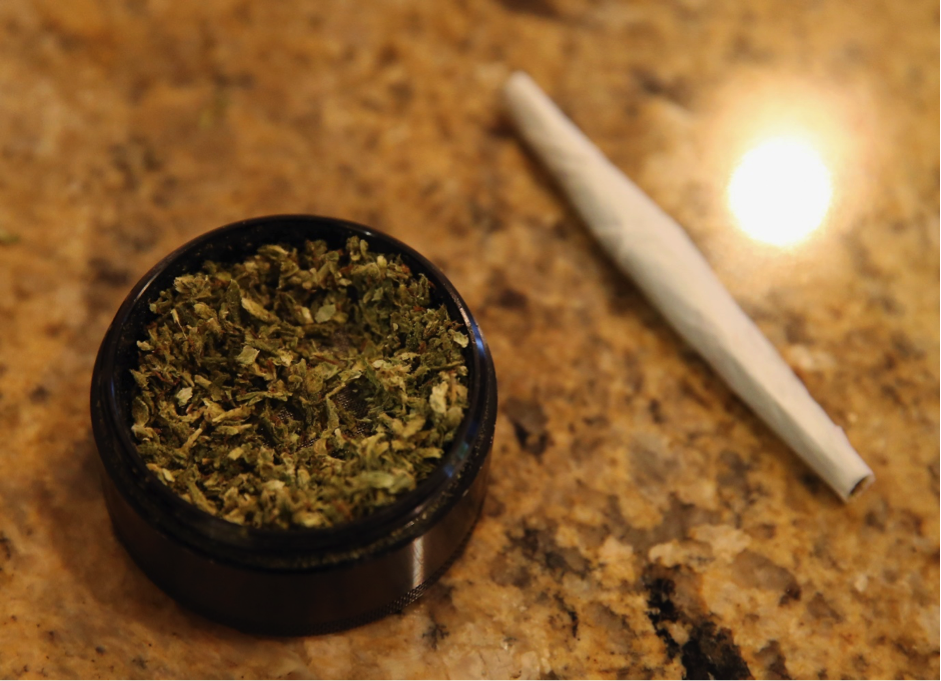 Those that have suddenly found themselves with the legal right to grow their own cannabis probably feel like all their birthdays have come at once. All across the United States, it’s an absolute dream come true for millions of cannabis fans at all levels, who technically speaking never have to purchase a single gram of the stuff ever again. Even in regions where growing rights are restricted to say a half-dozen plants or so, play your cards right and this can still mean an incredible harvest every few months or so.

There are certain outdoor strains with the potential to produce more than 1kg of product per square metre, with pretty much no prior experience or expertise required on the part of the grower. Which technically means that with the right kind of climate and approach, harvesting several kilos in just a single growing cycle is perfectly possible. Which in turn means that pot-heads all across the US are suddenly finding themselves with more weed than they’ve ever laid eyes on in their entire lives, not to mention more than they can possibly get through all at once.

So, they learn how to dry it, cure it and store it. But as anyone who knows about such things will tell you, cannabis has a limited shelf life. It’s unlikely to do you any damage when it goes bad, but smoking cannabis that’s gone off isn’t what you’d call a pleasant or rewarding experience. Nevertheless, it’s almost inevitable that with kilos of the stuff lying around, some of it is going to be left lying around for too long.

Which begs the question – how long is too long? How can you tell when the weed that was once your pride and joy is now the kind of thing you shouldn’t really be sharing with anyone?

Well, first of all there’s the dryness test. If the container in which your cannabis has been stored is not 100% air-tight, over-dryness is a case of when, rather than if. It’s also one of the easiest problems to detect, resulting in nugs that feel far too crunchy and brittle to the touch. You’ll also find that the smoke is unpleasantly harsh and the hit doesn’t deliver nearly the kind of wallop you’d expect.

The beginning of this is going to sound a lot like the tale of Goldilocks. But one of the most tell-tale signs you’re dealing with weed gone bad is that it is just too dry.

You also need to be careful when it comes to how much humidity your cannabis buds encounter, as the last thing you want is for them to become too wet. When weed becomes soggy, not only does its overall quality and consistency diminish, but it also becomes incredibly difficult (or even impossible) to light up. In addition, excessive moisture and humidity also exponentially increase the likelihood of other lethal problems, like mould, mildew and bud rot.

Speaking of which, there’s only one problem you’ll come across by way of spoiled cannabis that immediately means you really cannot get away with smoking it. With almost any of the other problems, it might not be a pleasant experience, but it isn’t going to damage your health. When cannabis goes mouldy on the other hand…well, do you really want to fill your mouth, chest and lungs with the kinds of mould spores that are rotting your weed into oblivion? Of course not. And don’t make the mistake of assuming that bud mould is easy to spot, either. It’s typically the exact same colour as cannabis bud, so it’s that quintessentially musty, old-basement-like smell you need to be on the lookout (or smell out) for.

One extremely (though potentially upsetting) test to carry out involves taking your oldest buds and giving them a short-sharp pinch between your fingers. If they suddenly fall to pieces and disintegrate into nothingness, chances are they expired some time ago. The more this pinching action breaks up your buds, the worse their condition has become.

When the same batch of cannabis you’ve been smoking for some time suddenly starts tasting a little on the weird side, this tells you that something isn’t quite right. In terms of what…well, it’s impossible to say without considering the various factors at play. If the cannabis starts tasting a little bit like plastic, rubber, metal etc., then it could be a case of the storage container contaminating the weed and affecting both its quality and safety. If it tastes particularly dank, musty and unpleasant, there’s a good chance there’s some mould hiding in there. If it doesn’t taste right, it probably isn’t worth bothering with.

No Taste At All 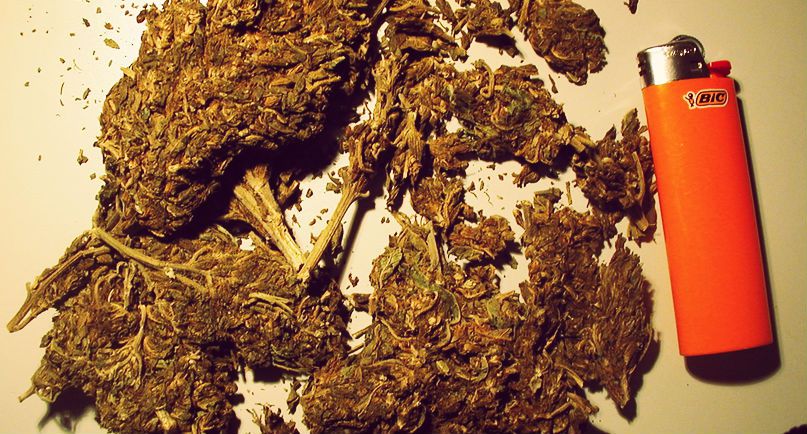 Likewise, cannabis that has absolutely no taste whatsoever is also cannabis that is most likely past its prime. This is usually something that accompanies dry, brittle and generally over-aged cannabis, which has little to no fragrance, no taste and a tendency to burn the living daylights out of your mouth and throat.  Given the fact that weed of this ‘quality’ standard probably has absolutely zero potency left in it, you might as well give it the flush treatment.

The Colour’s Not Quite Right

Given that cannabis exists in such an extraordinary variety of colours and tones, what represents the right or wrong colour will of course be determined by the strain in question. Nevertheless, one of many things cannabis has in common with most other plants is that when it begins to deteriorate and degrade, its colours and hues change in the same way as most other plants. It’s generally easy to see when the once bright, bold and vivid colours of cannabis are fading, browning and drying to a crisp. When this happens, it’s game over.

It Gives You a Headache

This is a matter of some debate, but there are many to state that when a batch of cannabis seems to be inexplicably triggering headaches, it is a tell-tale sign that the cannabis itself has gone off. This is widely disputed, but common sense would probably tell you anyway that if the cannabis you are smoking is giving you headaches, you might want to try a different batch. More likely though this batch has not been flushed correctly and is filled with those nasty chemical nutrients.

Go with Your Gut

Finally, the number one rule when it comes to gauging the freshness and quality of any cannabis whatsoever is to simply go with your gut and trust your instincts. If it isn’t as fresh, potent and downright delicious as it should be, you might as well get rid of it.

After all, you can always grow more!

How do you check your weed? Tell us in the comments below.