Unless you’ve been out of the loop for a VERY long time, you will have no doubt come across the story of a certain reporter who quit live on air, having decided to take a stand against anti-cannabis types. It was revealed soon afterwards that Charlo Greene hadn’t in fact planned to turn the airwave blue with her choice of language, but as soon as she started opening up, it all started coming out.

It was back in September 2014 that Greene was reading a live TV news report on the Alaska Cannabis Club, when she ended her speech by admitting that not only was she a pro-cannabis proponent, but that she was also the owner of the club in question. What happened next…well, neither she nor any of us could have predicted her sign-off. 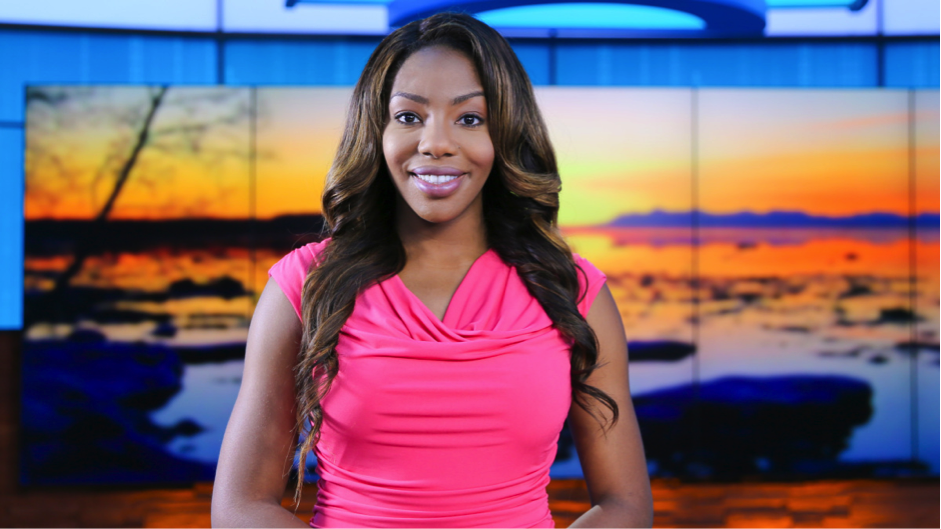 “Fuck it, I quit,” she said, before making a quick exit never to return. Suffice to say, the actions of this rather brave and honest 26-year-old made her an instant online sensation and a hit with pot advocates all over the world.

So, what happened next for Greene? Well, she unsurprisingly stared dedicating herself full-time to pro-legalization causes, working hard to ensure that Alaska would become the next American state to greenlight recreational cannabis. Which they did, in November 2014, making them the third US state to do so.

However, even though voters approved for cannabis to be legalized and it all went ahead as planned, the state would not provide any support to allow Greene to set up a legal cannabis club. In fact, rather than giving her a proactive helping hand and making sure it all went the right way, they instead set up a bunch of undercover investigations and raids, in order to build charges against her. Which they did – eight of them in fact – which could potentially lead to Greene spending up to 54 years in prison. Yes you read that correctly 54 years! 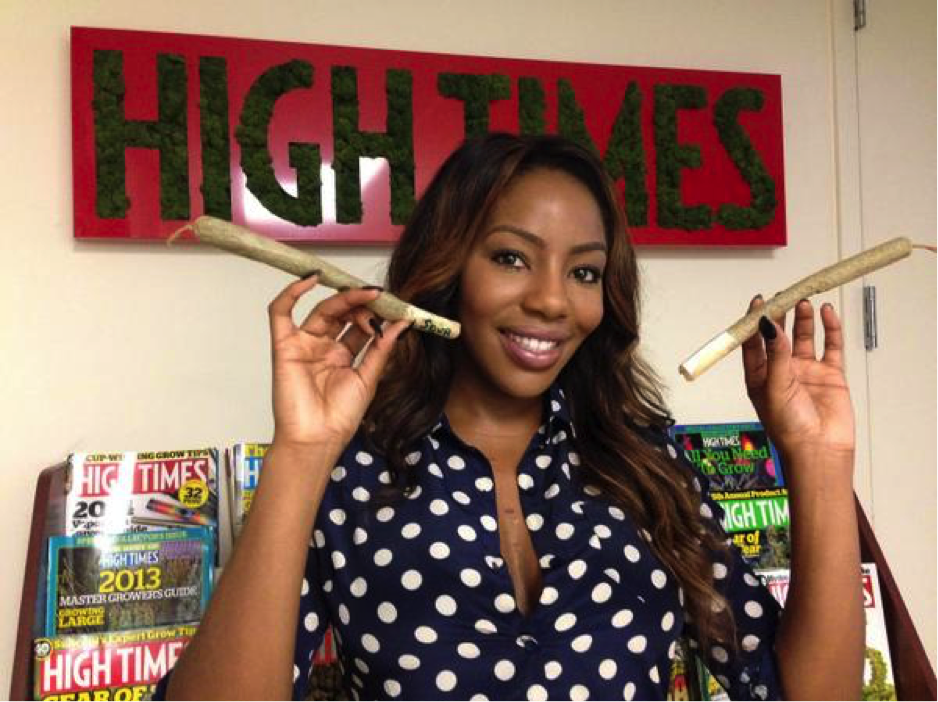 Recently, Greene agreed to an exclusive interview with the UK’s Guardian newspaper, where she spoke of the implications such ridiculous charges could have on her life.

“It’s almost dizzying when you try to make sense of it,” she said, as she awaits her trial in Alaska.

“It could literally cost me the rest of my adult life.”

She has likened what happened to a lynching and stated that she’s clearly been made a scapegoat for absolutely no logical or justifiable reason. Of course, the details of the case haven’t gone unnoticed across the rest of the US either – especially given the proximity of the November cannabis vote for 9 more states. Whatever happens in Alaska could have a significant effect in other regions, should cannabis be given the green light in the future.

The real tragedy of it is that while there was a real stampede to speak to Greene about her on-air antics and choice of words, there were very few reporters that actually seemed to care about the charges she was facing. Worse still, support groups have accused the government of racism, having highlighted the fact that minorities have been historically treated and prosecuted far more severely than whites for drug offenses.

Greene said that it was back in college that she first developed an interest in cannabis, after finding out that it was a safer and generally more agreeable substance than alcohol. She went on to work across the United States for new companies in West Virginia, Tennessee and Georgia, before heading back to Alaska to join up with an affiliate of CBS. She reported on court proceedings and crime for the station – not to mention cannabis. As part of her work, she met with pro-cannabis supporters from Washington and Colorado, which further intensified her interest in the benefits of medical cannabis.

“It was something I had been taking for granted – that this could literally be changing these people’s lives,” she said in her interview with the Guardian.

As is the case in a fair few American states, the rules with regard to cannabis production, use and distribution in Alaska have always been rather convoluted. Medical cannabis was green-lighted in 1998, but the problem was that there was never any specific system created for granting dispensaries licenses. As such, those that wanted or needed to use cannabis for any given reason didn’t really have any way of getting hold of it legally.

Quite simply, nobody in Alaska or anywhere else could tell you exactly what the law on cannabis was, because it had never been defined and laid out in specific terms.

Still, Alaska would eventually go on to legalize recreational cannabis and this fuelled Greene’s fire even more. She was absolutely determined to do something proactive and productive with it all – especially as far as medical cannabis was concerned. She spoke of one elderly lady she met with a life-affecting brain disorder, who was once mugged at gunpoint while trying to buy weed from a street dealer.

This would never have happened if the medical cannabis system had been set up properly. 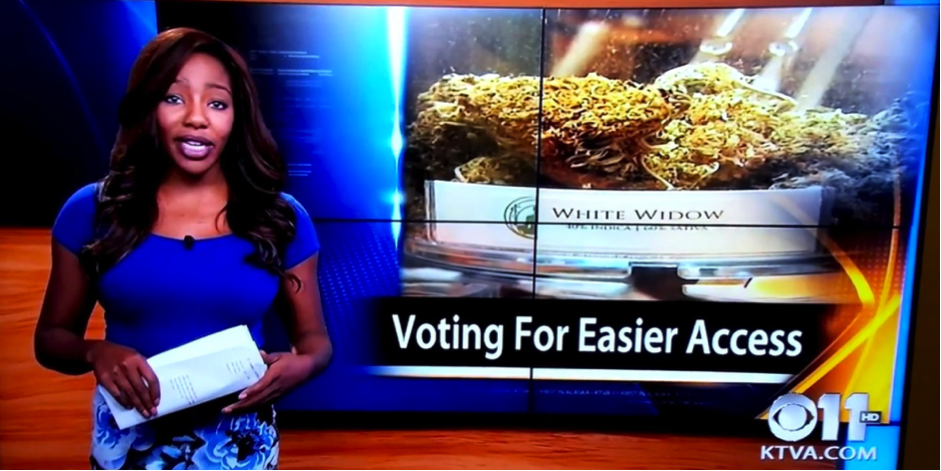 So, she decided to start putting together an association of private patients, which although relatively low-key at first soon grew into a full-time job. It was then that she decided to admit live on air that the cannabis club she was reporting on actually belonged to her personally.

“I just spoke from my heart for the first time,” she said, insisting than none of what happened or her now world-famous exit quote were planned.

It was in February 2015 that the measure voted on and passed in 2014 actually went into effect. This made it legal for residents of Alaska to grow, sell, possess and use cannabis, in accordance with certain limitations and public usage policies. The problem was before any kind of legislation had been set in place with regard to commercial cannabis ventures, retail operations and so on, Greene was allowing those with ‘memberships’ to the Alaska Cannabis Club to access cannabis when they made voluntary ‘donations’.

When it became clear that this was happening, the authorities immediately decided to start pulling together evidence to throw the book at her. They went undercover multiple times over a period of five months, raiding the property twice and making six cannabis purchases. This, despite the fact that cannabis was as good as legal anyway.

“The fact that they were watching us for so long, I kind of felt violated,” Greene’s sister Jennifer Egbe said, having worked at the club herself.

“I was really just heartbroken. I never assumed it would go this far.”

Adding insult to injury, Greene spoke of the police officers raiding the club carrying guns, which were pointed at her brothers and sisters with no just cause.

“I saw all my siblings with these guns that my tax dollars paid for pointed at them for what was now legal,” she said.

Though official documents prove that Greene herself did not play a role in any of the transactions that took place with the undercover officers, she was the only person charged with all the offenses as the club is registered to her.

She entered into a not-guilty plea and is now set to go to trial before the end of the year.

Those supporting Greene have stated that even if for some clearly bogus reason the state decides to prosecute her, she should be handed a penalty no more severe than if she’d been caught selling alcohol without a license. This, given the fact that cannabis and alcohol fall pretty much under the same rules and regulations. When pushed for comment, those insisting that the proposed punishment is fair have said that it is Greene’s fault for being impatient – jumping the gun rather than waiting for things to run their course.

Given the fact that she was really just trying to help people in need, it’s a pretty sickening accusation to make.

Still, legal experts have at least stated that it is extremely unlikely that she would actually serve anything close to 24 years in prison, if she is in fact convicted on all charges. Nevertheless, Greene says that what’s going on around her right now is having an enormous impact on her life – despite the fact that she is still 100% adamant she did nothing wrong.

“It casts a cloud over every laugh and every triumph and everything that I’m building and looking forward to,” she said.