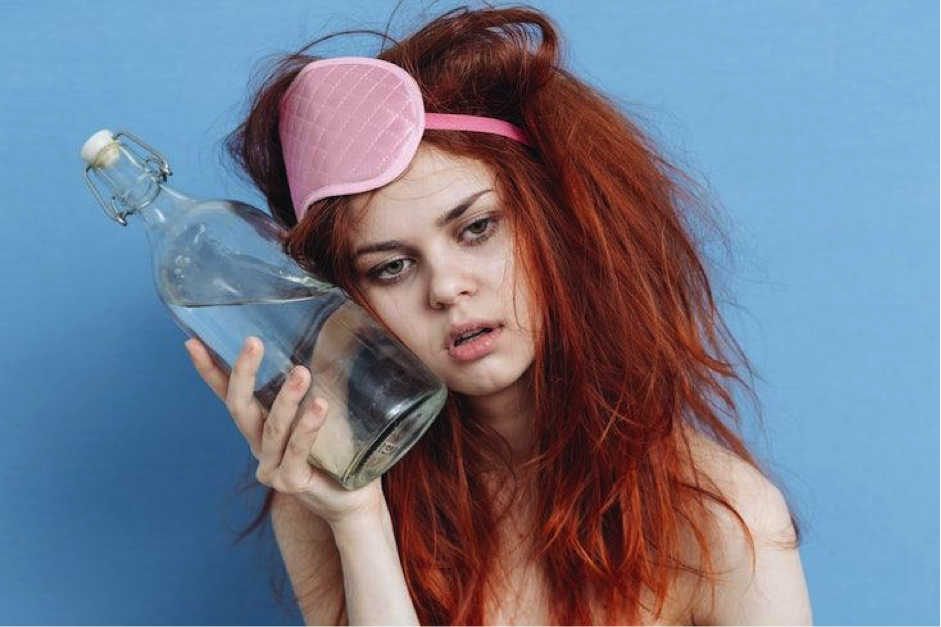 Anyone who’s ever experienced a crippling hangover (i.e. most people) will know just how debilitating they can be. Overdoing it even slightly the night before can be more than enough to wreck your entire day. The psychological and physical pain of a hangover being borderline unbearable at the best of times.

So it’s hardly surprising that for the huge chunk of the population that enjoys the odd libation, a cure for the common hangover is the Holy Grail. Not to mention, an elusive remedy that could boost productivity and almost eliminate absenteeism for businesses worldwide.

There’s already a pretty big market for hangover cures, but overwhelming majority share the same issue…they don’t work. In fact, they do nothing at all – it’s a billion-dollar industry that’s populated predominantly by placebos.

But what about CBD? There’s talk suggesting CBD could be the ultimate hangover cure, so is strategic strain selection really the answer?

The Painful Science of Hangovers

Hangovers are triggered by two of the negative effects alcohol has on the body – toxicity and dehydration. The more booze your throw down your neck, the more potent these problems become.

Dehydration alone has the potential to leave you feeling weak, nauseous, disoriented and with head-to-toe aches and pains. Combined with the awful symptoms of mild to moderate alcohol toxicity, it’s little wonder getting out of bed becomes a mammoth task. You knew it was pretty much inevitable the night before, but caution was once again through to the wind.

Sadly, science gets its way and you feel like dirt the next day. Unless you abstain, which is pretty much the only effective way of preventing a hangover from occurring in the first place.

Can a Hangover Be ‘Cured’?

Unfortunately, the answer is as disappointing as it is simple…no. There’s no such thing as an outright ‘cure’ for hangovers and there probably never will be. The reason being that when you inflict this kind of damage on your body, there’s absolutely nothing you can do to significantly speed up its detoxification and recovery processes. Your liver can only get the job done at a certain speed, irrespective of how many weird and wonderful products you buy that claim the contrary.

That said, there are plenty of ways the ill effects of excess alcohol consumption can be reduced in severity. From headaches to nausea to muscle pains to the booze-blues, OTC meds are available to help you get by. The problem being that reaching for pharmaceuticals in vast quantities when you’re already abusing your body probably isn’t the way to go.

How Can CBD Treat Hangovers?

So in terms of CBD ‘curing’ a hangover, the simple answer is no – there’s no such thing as a hangover cure. However, it’s not to say that CBD isn’t a potentially effective treatment for the symptoms of a hangover. Not to mention, a safe and 100% organic treatment that’s not going to inflict further harm on your body.

Studies have linked CBD with extensive range of therapeutic benefits and the effective treatment of countless conditions. One of its most significant properties of all is its powerful antiemetic efect – aka anti-nausea. CBD can provide such effective relief from nausea that it is routinely prescribed for patients undergoing chemotherapy. Hence, the nausea associated with a hangover really is no match for CBD.

Equally impressive is CBD’s capacity to provide effective and ongoing relief from headaches and migraines. This is attributed to the compound’s anti-inflammatory properties, which quickly get to work throughout the body. Like conventional painkillers, it’s more of a numbing agent than an actual cure for the problem itself. Nevertheless, it’s considered far safer for use than conventional pharmaceutical painkillers. Perhaps a wiser choice when your body’s been through the wars already.

But it’s not only the physiological effects of CBD that make it great for the treatment of hangovers. It’s widely acknowledged that CBD can have a powerful anti-anxiety (anxiolotic) and antidepressant effect on the user. One of the most characteristic symptoms of a howling hangover being the kind of pessimism and depression that makes you want to lock yourself away indefinitely. If CBD can inject a little optimism into things, why the hell not?

Reassuringly, a study carried out in 1979 found that alcohol and CBD can be consumed simultaneously without risk of harmful interaction. This would suggest that for most, the consumption of CBD as a hangover-buster is predominantly safe.

As for THC, it’s a slightly different story that’s not quite as easy to bring to an outright conclusion. Several studies have generated evidence to suggest that like CBD, THC has powerful antiemetic effects. In fact, at least one study suggested that THC can reduce the severity of nausea by as much as 50%. Nevertheless, excessive consumption of THC is known to have the exact opposite effect on some users.

In addition, the psychoactive properties of THC can also go one way or the other when used as a hangover treatment. If you’re already struggling with a bout of anxiety and depression, strategic strain selection and measured intake is advisable. Likewise, hitting a heavily sedating strain isn’t going to help you get off the couch and get back to business anytime soon.

There’s no concrete evidence to suggest alcohol interacts with THC in a negative or dangerous way, but the two don’t necessarily make the best of bedfellows.

To condone excessive alcohol consumption would be irresponsible. Hence, to suggest CBD or anything else is effectively a green light to drink as much as you like really isn’t the way to go.

However, if you do find yourself on the receiving end of a both-barrels hangover, a CBD-heavy strain in your stash box could be just the thing. Or if you’re too queasy to light up, perhaps a batch of CBD capsules or some high-quality CBD oil.

Even if it’s not the miracle cure you’ve been looking for, it won’t do you any harm and is definitely worth a shot.