How Does CBD Interact with Prescription Meds? 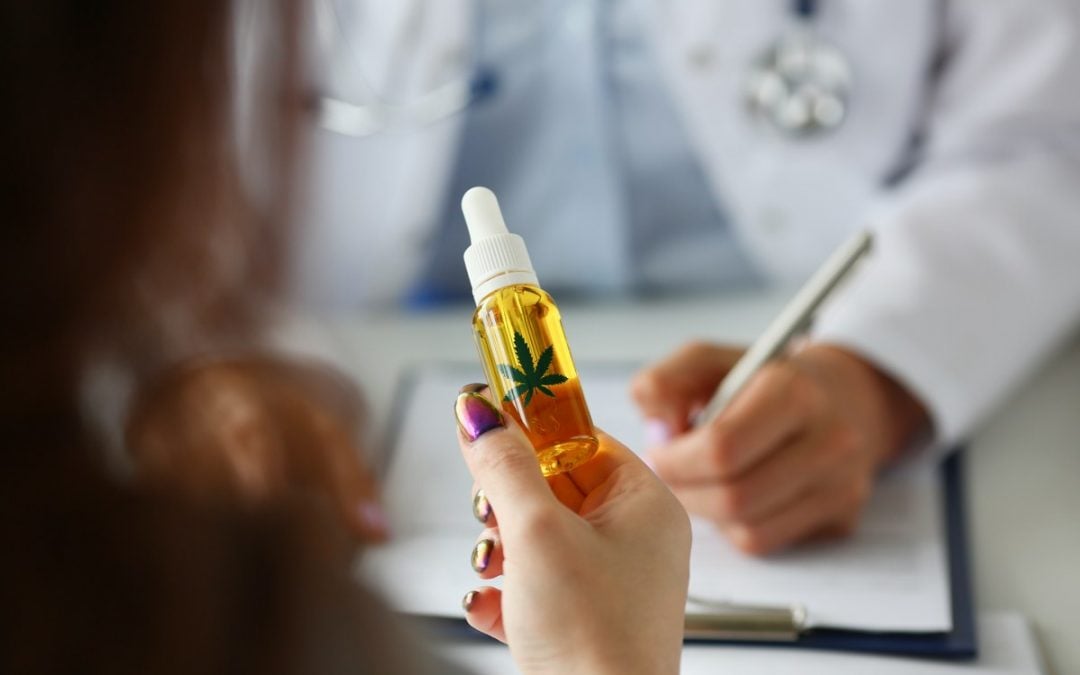 A brief disclaimer to begin with – combining CBD with prescription medicine of any kind without first consulting with a doctor is a bad idea. Every human body reacts differently to meds of all shapes and sizes, so it’s best not to take things for granted.

Worldwide, the popularity of CBD products is accelerating like never before.  Growing demand is being met by an expanding market of weird and wonderful preparations, which in some cases are proving enormously effective.

However, it’s become clear that a growing audience of CBD users are combining their CBD products with existing medications – prescription drugs and OTC meds alike. All of which is raising questions regarding the potential for CBD to interact in a negative way with their other meds.

What Are Drug Interactions?

A drug interaction occurs when one or more drugs has an impact on the safety or effectiveness of any other drug. In some instances, taking one drug at the same time as another can lead to the effectiveness of one or both medications being compromised. In others, combining drugs can have dangerous or even deadly consequences.

With CBD, caution is often thrown to the wind as it is a legal and 100% natural product. But this doesn’t necessarily mean that CBD cannot and will not interact with other medications. This is particularly true where CBD products contain a variety of additional extracts and ingredients – all of which could interact with the meds you’re already taking.

Again, therefore, it’s important to discuss self-medication with CBD with your doctor, if you’re already taking meds of any kind.

How CBD Oil Interacts with Other Meds

Without going into too much detail, CBD oil affects enzymes within the body in a way that can slow down the process of other drugs and supplements being broken down and processed by the liver. Along with slowing the rate at which the substances in question are absorbed, this can eventually lead to a ‘backup’ of the substances in the bloodstream.

When this happens, there’s a chance of the substances building to dangerous or toxic levels, posing a threat to the health of the individual in question. This is also why it can be difficult to detect interactions like these at an early stage – the signs and symptoms only being detected when the issue becomes more severe.

Which Drugs are Known to Interact with CBD?

At this stage in time, research into CBD’s potential interactions with other drugs is relatively thin on the ground. However, studies have shown that CBD can inhibit CYP3A4 and CYP2D6, indirectly suggesting that certain prescription and OTC medications should be avoided when consuming CBD.

Of course, the potency and quantity of the CBD product consumed will affect the extent to which they may interact with other drugs. Nevertheless, some experts suggest avoiding the consumption of CBD products entirely when using any of the following medications:

Antidepressants. There’s evidence to suggest that the levels of certain anti-depressants in a person’s bloodstream may gradually increase where CBD products are used. Though not necessarily dangerous, this can lead to severe drowsiness and lethargy.

Beta Blockers. CBD is also suspected to interact with beta blockers that contain carvedilol and metoprolol – an interaction which could lead to a slow heartbeat and chronic tiredness over time.

Ibuprofen.  Some of the most common OTC NSAIDs contain relatively high doses of ibuprofen, which when consumed alongside CBD may increase the risk of gastrointestinal bleeding.

Valproic Acid.  This commonly prescribed medication for seizures has been associated with a risk of damage to the liver when consumed alongside relatively high doses of CBD. Research into this particular interaction remains relatively remedial, however.

Warfarin.  One of the most widely used blood thinners worldwide, it’s suspected that the use of CBD products could lead to warfarin remaining in the bloodstream for longer than required. Elevated warfarin levels in the body increase the risk of bleeding.

Once again, it’s important to note that none of these potential interactions have yet been confirmed by way of conclusive scientific research. Evidence remains rudimentary at best, though the potential for interactions when consuming CBD products cannot be ruled out of the equation.

How Does CBD Interact with Alcohol?

Again, the extent to which CBD interacts with alcohol when consumed simultaneously remains a subject of speculation. However, several smaller studies have suggested that when CBD is consumed at the same time as alcohol, the blood alcohol level of the individual in question is lower than when alcohol is consumed on its own.

With its wide-reaching therapeutic properties, CBD is being widely touted as a safe and accessible substance that can be useful in combating addiction. From tobacco to alcohol to opioids, there’s strong support for CBD as a safe and effective cessation tool. Nevertheless, physicians in general are reluctant to throw their weight behind CBD products, until more is learned about its possible interactions with other substances.

Chances are, it will be several years at least before we know everything there is to know about CBD. In terms of its reputed applications and potential interactions with other substances, information available right now is speculatory at best.

In any case, combining OTC or prescription medications without first consulting with a trained professional is always a bad idea. If you’re given the green light by your doctor to give CBD a go, they’ll most likely provide strict guidelines for its careful and gradual introduction. As opposed to simply stocking up on super-potent CBD oil and consuming a heavy dose right away.

Even where everyday supplements are concerned, common sense advises not taking things for granted. As it can be difficult to detect the signs of dangerous actions until the damage is already done, it’s better to avoid such eventualities in the first place.