Everything You Need to Know About Storing Cannabis (Properly) 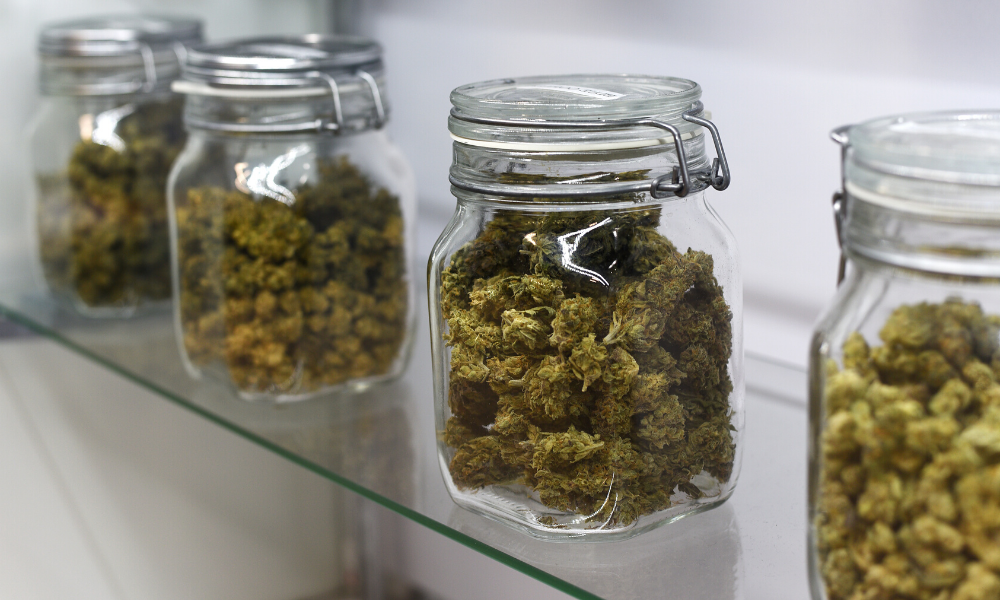 Whether you grow your own cannabis or pay top-dollar for top-shelf bud, it’s probably a question you’ve asked more than once:

How long will my cannabis stay good in storage?

Truth is, it’s relatively uncommon for the average stoner to end up with more high-quality cannabis than they can consume within a couple of weeks. As a result, long-term storage doesn’t tend to be an issue for most. But if you cultivate cannabis at home, there’s every chance you’ll find yourself with a bigger harvest than you know what to do with.

The good news being that when cannabis is properly dried and cured, its shelf life can be extended as far as six months. Nevertheless, the length of time your cannabis remains good for will be determined almost exclusively by how and where you store it.

So with this in mind, what follows is a brief introduction to the most important factors to consider when storing cannabis:

Cannabis storage temperature management is all about preventing mould and mildew from setting in. Temperatures between 77° F and 86° F being something of a ‘danger zone’ for organic matter. In addition, it’s worth noting that higher temperatures can both excessively dry your cannabis flowers and compromise the quality of their terpenes.

As a general rule of thumb, cannabis should always be stored in a cool, dry and dark place, where temperatures are relatively stable. An everyday kitchen cupboard or bedroom drawer is just fine, as long as the cannabis is protected from extreme temperatures and will not be disturbed too regularly.

You’d be forgiven for thinking that relative humidity is of little importance, given that your cannabis will be stored in sealed airtight containers.  Unfortunately, this simply isn’t the case.  Both at the time you pack your jars and each time you open them, the relative humidity in the surrounding environment will affect the storage conditions within the container.

Ideally, relative humidity should be kept between 59% and 63% where possible.  Keeping humidity levels relatively low will significantly reduce the likelihood of your cannabis succumbing to mould and rot. However, if the air is too dry, it could lead to your cannabis flowers becoming dry, brittle and harsh.

Exposure to Lighting and UV Rays

According to the results of an extensive study carried out in the 1970s, nothing has the power to degrade and destroy quality cannabinoids as quickly or effectively as light. During the study, it was also found that appropriate storage conditions can preserve the quality of cannabinoids for as long as two years.  Hence, the importance of protecting your stored cannabis from exposure to light and UV rays cannot be overstated.

On the plus side, keeping stored cannabis in the dark isn’t the most difficult part of the process. The longer you intend to leave your cannabis in storage, the greater the importance of placing it in a dark and safe spot where they won’t be disturbed. The occasional hint of daylight isn’t going to destroy your buds, but keeping your stash in the dark as completely and consistently as possible is still the way to go.

Just as long as the glass is relatively thick and the lid provides an air-tight seal, this is pretty much all you need. It’s important to minimise oxygen exposure where possible, so be sure to fill your jars as close to the top as possible – without making the mistake of packing them in too tightly. If you’re likely to be reaching into the jar on a regular basis to retrieve nugs, consider using several smaller storage jars and leaving as much of your stored cannabis untouched and unopened.

The Dos and Don’ts of Cannabis Storage

Contrary to popular belief, effective long-term cannabis storage doesn’t have to be difficult or complicated. In fact, it’s as simple as bearing in mind a few basic rules regarding what you should and shouldn’t be doing.

The most important of which are as follows:

Most of the rules and guidelines concerning long-term cannabis storage are similar to those of other everyday household items. Designate a cool, dark and dry space somewhere around the home, where your cannabis isn’t going to be disturbed on a regular basis.

Rather than using any old container, invest in a bunch of quality glass jars and ensure they have a reliable airtight seal. And of course, it’s also important to take a close look at your stored cannabis from time to time, in order to detect any early signs of mould or rot.

For even longer-term cannabis storage, you might want to consider cannabis concentrates or hash – both of which have a significantly longer shelf life than fresh cannabis flowers.