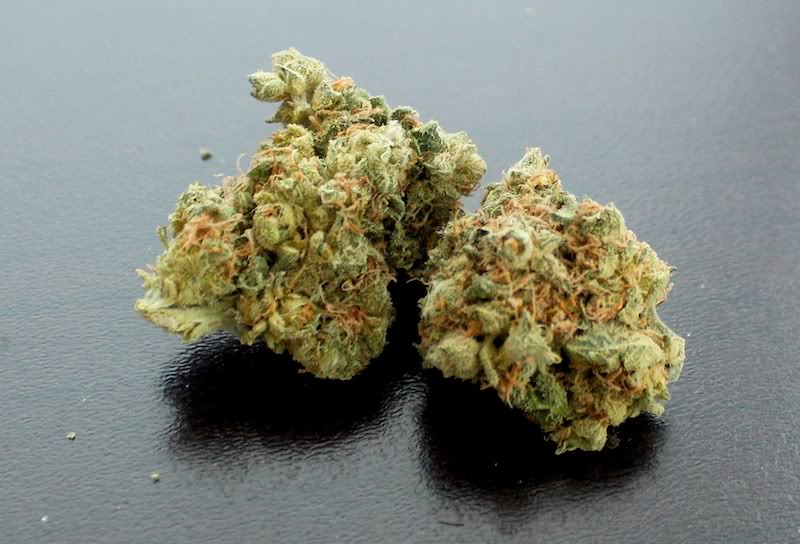 An Indica-heavy strain that was cooked up specifically for the purposes of delivering the goods for indoor growers. Rocklock from DNA Genetics has some pretty impressive lineage. It’s a combination of Rockstar and Warlock – the former of the two having taken home the bronze medal at 1997’s Cannabis Cup. Suffice to say, it’s a strain that doesn’t screw around.

Like its parent strains, it has the kind of skunky, dank and earthy smells that intoxicate at the first sniff, while the smoke itself delivers a much fruitier profile with a spicy-sweet undertone. It’s also a strain that hits hard and fast, often taking inexperienced cannabis users off-guard. Almost immediately, a full-body stone takes over that’s about one step short of incapacitating, though with a strong sense of mental alertness. Couchlock is guaranteed with prolonged use, while in medical circles Rocklock is known to do a good job for poor appetite and muscle pain.

As mentioned, it’s a dream to grow indoors and produces plants of a medium size with dense, bushy leaf coverage. During the flowering stages, the leaves often develop a gorgeous hint of purple, while the thick, dense and heavy buds become irresistibly stick with crystal-white resin. It’s rare to come across a Rocklock plant with THC levels below 15% – sometimes closer to 20%.

Soil growing is generally recommended with Rocklock, though it can also do pretty well in a hydroponics setups. Interestingly, it doesn’t tend to do as well outdoors, even if the conditions seem apt enough. Hit the nail on the head with the indoor conditions and you could be in for more than 550g for every square metre. It also has a short flowering time of just seven weeks or so, making it a great choice if you’re after a quick pay-off.

A generous yielder that’s easy as pie to grow and great for confined indoor spaces – highly-recommended for newcomers.

Rocklock is a strain created by DNA and is part of their GYO collection. It is a strain available in both regular and feminized seeds.