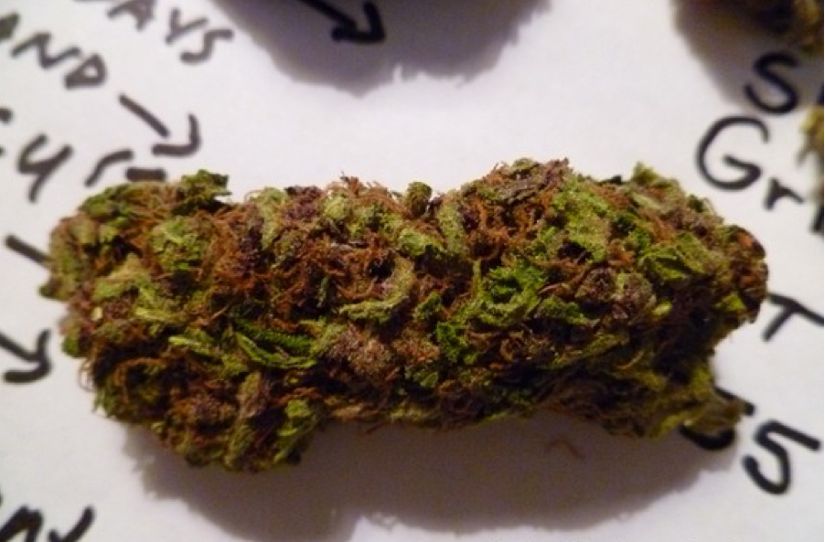 You’ve got a lot to live up to with a name like The Ultimate, but when you’re the creation of the legends at Dutch Passion, it’s pretty much what we’re used to seeing as standard. The Ultimate is an extremely well balanced Sativa/Indica hybrid, though they’ve done a good job keeping quiet where exactly it comes from.

The fragrance of the flowers themselves is one of sweet fruitiness, with floral notes and a backing of exotic hash spice. As expected, the hit delivers the best of both worlds in spades, beginning with an immediate cerebral uplift which eventually gives way to a full body stone. In both instances, the hit is hard enough to get you where you need to be, though isn’t going to knock you off your feet – perfectly balanced. In medical circles, The Ultimate is turned to for help with insomnia, poor appetite and muscle pains.

Having been engineered from the ground up specifically with indoor growing in mind, The Ultimate is a dream for newcomers and pros alike. The plants never tend to grow larger than about 70cm and they’ll perform at their peak in soil and hydro grow setups alike. Get it right and you can expect THC concentrations in the region of 20%, which is usually more than enough. Better yet, these tiny plants are capable of delivering no less than 500g per square metre, making The Ultimate a great choice for anyone chasing high yields.

Outdoor growing, by contrast, doesn’t come highly recommended with The Ultimate as it really does need the controlled growing conditions of an indoor setup. Flowering times average at about the nine-week mark and it’s important to note that you may need to support the stem and branches – the buds really can get that heavy.

For anyone looking for that perfect balance of Indica and Sativa genetics coupled with a strain that’s a dream to grow indoor, The Ultimate really does live up to its name.

The Ultimate is a strain that can only be grown via Dutch Passion seeds, anyone who has grown anything by these masters will know that quality and stability is as standard. These seeds are available in Autoflower and Feminized versions and can be picked up for less than $10 each.