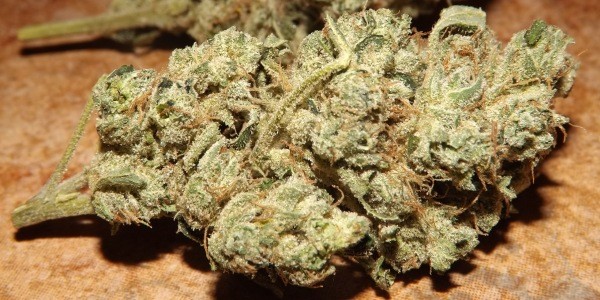 Violator Kush is a strain created by Barney’s Farm carrying genetics of the glorious strain used to create Malana Cream Hashish and combining them with Hindu Kush, Violator Kush is nothing short of a legend in the making. Unsurprisingly, as a plant that has strong ancestry in the manufacture of premium hash, that’s exactly what you pick up on immediately in terms of its aroma. When burned, the hash-theme continues with a burst of exotic spice, along with a deep and dreamy muskiness that’s simply unmistakable.

In terms of the hit to expect, the stone comes on in a matter of seconds and immediately delivers a sedating wallop to the entire body. Minutes in, it’s not uncommon to be hit with a serious case of long-lasting couchlock. Brilliant for an evening of doing precisely jack, though perhaps not the best choice for social occasions. In medical circles, Violator Kush does the job in a big way for stress, anxiety and insomnia.

Home growers can expect some of the tiniest plants around, which rarely grow any taller than a squat 50cm. As such, they’re perfect for growing in areas with limited space available, though they do get very bushy and heavy. In fact, they’re prone to producing buds so generous they end up breaking their own branches, so be sure to take precautions.

Eight-week flowering times are about the average and you’ll do great with Violator Kush in soil and hydro grow setups alike. Despite being such tiny plants, it’s the norm to harvest around 500g for every square metre, which is nothing short of remarkable. Outdoors, it does the business in cooler northern climates though thrives at its best where there’s plenty of warm sunshine. Just be aware of those powerful signature aromas during the flowering period, which tend to be rather on the strong side.

This is a strain created by Barney’s Farm as a Femnized seed only.

If you’re looking for that quintessential Indica stone and a plant that pretty much grows itself, you won’t go far wrong with Violator Kush.