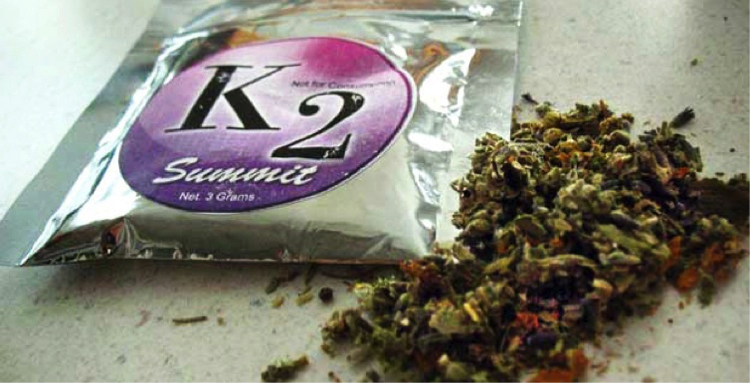 There’s growing evidence to suggest that if the British government genuinely wanted to make a positive difference, its archaic drug policy should be immediately and permanently overhauled. For far too long now, it’s been painfully obvious that cannabis has been unfairly and unnecessarily scapegoated as something of a historic folk demon. This, despite the fact that largely every contemporary study carried out into cannabis has proven it to be both safe and beneficial – if sensibly and proactively controlled.

Nevertheless, the UK continues to live under nonsensical law governing cannabis, which for the time being at least renders every form of  cannabis across the board illegal. As such, it is hardly surprising that this ludicrous legislation is driving members of the public – particularly those of a vulnerable nature – in growing numbers right into the arms of exponentially more dangerous drugs. Pot propaganda has repeatedly perpetuated the myth that cannabis is a gateway drug. In reality, there’s a terrifying danger plaguing the UK right now that is proving to be so much more harmful and influential than any form of true cannabis could ever be.

Speaking on behalf of the research team in an interview with LiveScience, study author Heather Clayton emphasized the way in which evidence suggests that conventional cannabis is vastly safer than the synthetic products flooding the streets all over the world right now.

‘The findings illustrate a dramatic difference in the association with risky health behaviours by type of marijuana use,’ she said.

In the United Kingdom and various other global territories, Spice was a legal and readily available substance until relatively recently, when government authorities began cracking down on its production, retail and use. Nevertheless, use of synthetic cannabis continues to prove rife among various communities – particularly prison inmates, the homeless and those with other existing substance abuse habits/dependencies.

In stark contradiction to at least one half of its name, synthetic cannabis has absolutely nothing to do with genuine article and is an entirely lab-made chemical product. Inert plant ingredients are sprayed with a cocktail of potentially deadly chemicals, which upon being lit emit the kinds of fumes that can transform human beings into anything from violent hooligans to mindless zombies.

It is estimated that the chemicals used in the creation of synthetic cannabis can be up to 600 times more powerful than THC. Nevertheless, the effects experienced by those using synthetic cannabis have absolutely nothing in common with the effects associated with real cannabis and THC. The United States has been fighting something of a Spice epidemic for a handful of years now, but it appears the United Kingdom is following suit.

The results of this study suggest that existing mental health issues and depressive symptoms can also be a motivating factor among those choosing to experiment with synthetic cannabis. However, the same finding did not apply in the case of real cannabis. Research suggests that dangerous psychosis can be triggered within hours or even minutes of using synthetic cannabis, which can have a permanent life-affecting impact on the user. The authors of the study have called for immediate and intensive exploration of both the properties of synthetic cannabis and available means to keep it off the streets.

Many parts of the UK are being blighted by a super-potent form of synthetic cannabis that is going by the name of “frozen spice”. It is becoming particularly problematic for the UK’s homeless population, given the fact that it can be obtained relatively easily and currently sells for no more than around £10 per bag. For many individuals, living in difficult and brutal conditions, money that should be spent on food and clothing is being blown entirely on frozen spice.

Speaking with reporters, those that have come to be dependent on synthetic cannabis have often talked of trying it for the first time either in prison or while facing desperate times out on the streets. For the most part, users stated that they had every intention of never doing it again after hating the effect it had on them. Nevertheless, as the side effects and withdrawal associated with synthetic cannabis can be worse than those of quitting heroin, it is proving to be borderline impossible for many synthetic cannabis users to stop using it.

It’s becoming a more familiar sight on the streets of many UK cities, as synthetic cannabis users enter into something of a terrifying catatonic state mere minutes after using it. To such an extent that the everyday scenes in many regions are being compared to those of The Walking Dead. Local authorities continue their own unique pledges to fight this escalating crisis as vigorously as possible, though so far things only seem to be getting considerably worse.

But what’s particularly frustrating is the way in which an effective and simple solution is right now staring lawmakers in the face. It’s absolutely no coincidence that in countries and regions where genuine cannabis has been legalized, use and abuse rates of dangerous drugs like Spice and even heroin have seen significant reductions. When considered logically, the only reason many people turn to synthetic cannabis in the first place is because they cannot legally and affordably get hold of genuine cannabis. If they could, evidence seems to suggest that they very much would choose the safer alternative.

Nevertheless, authorities in the UK continue to wage war on both synthetic cannabis and traditional marijuana, completely ignoring the fact that one could quite simply eliminate the problems being caused by the other.