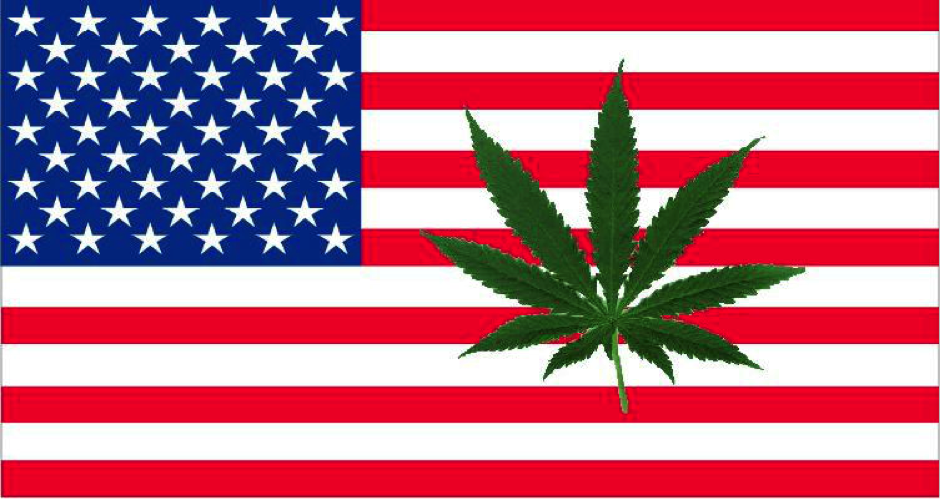 In terms of its size, value and general popularity, America’s legal cannabis industry is setting new records on a daily basis. 11 states and the District of Columbia have so far legalized recreational cannabis, while 33 states plus DC now permit the use of medical marijuana.

But how much do you really know about cannabis in the United States?

Whether new to cannabis culture or a seasoned connoisseur, you might find a few of the following statistics more than a little eye opening:

1 – The Cannabis Black Market is Still Worth $70 Billion

First up, lawmakers across the United States continue to struggle with a thriving cannabis black market. In fact, it’s estimated that around 80% of all cannabis sold in California is technically illegal. Excessive taxation and elevated prices drive sales of black market cannabis across the United States – even in regions where recreational cannabis is legal. An important wakeup call for policymakers – some of whom seem insistent on making cannabis prohibitively expensive for the masses.

2 – Support for Legalization Has Now Reached 62%

A survey carried out late last year suggests that a significant majority of Americans would like to see cannabis legalized. 62% supporting legalization, compared to 34% who support prohibition…the rest having failed to make up their minds.

In terms of demographics, the study brought to light some interesting findings:

Unsurprisingly, the vast majority of younger Americans support legalization, while older citizens tend to have more conservative views on the subject.

3 – More than Half of All American Adults Have Used Cannabis

In total, it’s now estimated that at least 52% of adults in the United States have used cannabis at some point or another. In addition, around 14% of the population (or 37 million American adults) said that they had consumed cannabis at least once within the past month.

Across all 50 states, there are now estimated to be approximately 159 million adults who have used marijuana – according to the latest figures from the United Nations.

4 – Almost One in Three Now Have Access to Recreational Marijuana

Even in states where recreational cannabis remains illegal, it has largely been decriminalized. Punishments are limited to on-the-spot citations, though some conservative states continue to throw the book at cannabis users across the board.

The amount of time and money wasted on targeting and prosecuting cannabis users in the United States is ludicrous. Even now, approximately 820,000 arrests are made each year for simple cannabis possession. All of which contributes to a total annual bill of $3.6 billion – money that can and should be earmarked for more important matters.

Particularly given the fact that around nine out of every 10 people busted for possession of cannabis have no prior convictions whatsoever.

Racial discrimination continues to be rife across much of the United States – despite the fact that whites are statistically far more likely to purchase, possess and consume cannabis than blacks.

7 – 88% of Cannabis Arrests Are for Possession Only

Throughout America’s war on cannabis between 2001 and 2010, it’s estimated that approximately 8 million arrests were made. Of which a full 88% were for simple cannabis possession, and therefore considered a pointless waste of time.

This therefore amounts to just 12% of the time and effort invested in the initiative actually being put to good use. Possession of even the smallest quantities of cannabis continues to be illegal in some conservative states and can be punished with jail time.

The legalization of cannabis has had an enormous beneficial impact on the US economy, creating at least 210,000 full-time jobs across the country. Last year alone, a further 64,000 jobs were created, contributing to a total tally of more than 300,000 weed-related jobs.

California remains the most prolific employer, with approximately 67,000 cannabis related jobs created so far. All of which is only expected to continue accelerating indefinitely.

According to the latest figures from Glassdoor, the median salary for folks working in the cannabis industry is around $58,000. That’s at least 10% more than North America’s national average wage. Entry-level jobs with relatively low wages do exist in the cannabis industry, but most weed workers are taking home decent pay cheques.

For example, the average dispensary manager is now paid approximately $68,000 – even those who trim buds for a living take home an average of $30,000 per year.

Last but not least, this year alone will see more than $19 billion dollars invested in the legal cannabis industry. Slowly but surely, major investors are taking advantage of one of the most lucrative business opportunities in the recent history of the United States.

Impressive performance, when you consider the fact that all forms of recreational cannabis were illegal across the United States in its entirety less than a decade ago.