While the presidential race represents a pretty hot talking point across much of the United States, there’s really very little debate going on in California. Put common sense, polling and history together and you find yourself with the foregone conclusion that the California community is backing Clinton by a huge majority. Which is precisely why attention has for the time being turned away from the fight for the White House and toward what’s happening on November 8.

The state-wide ballot this year features 17 extremely relevant and diverse measures, which to some extent pretty much every citizen has a vested interest in. But alongside the death penalty, plastic bags, ammunition purchase restrictions and the minimum wage, there’s one measure in particular that’s causing the stir of all stirs.

Proposition 64 – a potentially historic change in the law that would make recreational use of marijuana legal for adults in the state of California. 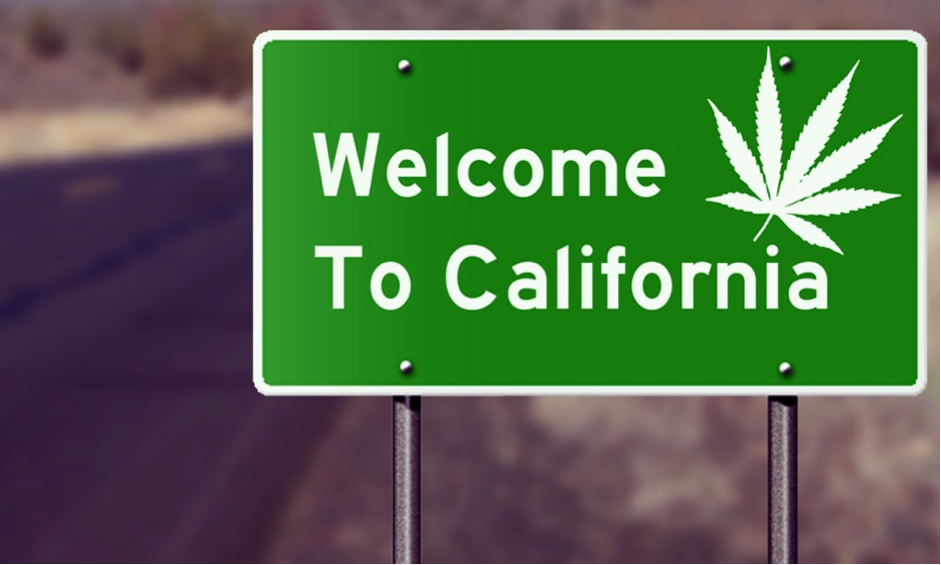 California, an industry leader in cannabis

What’s happened so far in Alaska, Washington and Colorado since pot was legalized has been impressive to say the least. Hundreds of millions in tax revenues, massive advances in medical marijuana and a thriving industry that’s proved beneficial to thousands of communities. Nevertheless, if California goes ahead with Proposition 64, the state’s cannabis industry would make those of its sibling states look borderline pathetic. Quite simply, analysts estimate that California’s annual pot revenues could eclipse those of Colorado by about 800%.

But there’s something else supremely significant about the vote in California – one with much wider-reaching implications. As far as the country’s leading experts are concerned, legalization of recreational cannabis in California is 100% guaranteed to result in various other states following suit. The positive example already being set by Colorado etc. is prompting re-evaluation of the way things are done elsewhere – it’s just that California is a lot more influential…and bigger. When other states follow the example of California, it’s likely that the DEA will have little choice but to think long and hard about reclassifying cannabis as a Schedule 2 Drug. The fact that this hasn’t happened already is nothing short of preposterous, but that’s a debate for another day.

It’s the fact that cannabis remains a Schedule 1 Drug that is making it so difficult for thousands of legal marijuana businesses to establish themselves in the first place and remain viable. Federal law still considers cannabis to be illegal, which is why banks, lenders, financial services and investors won’t touch the legal cannabis industry. If the industry kicks off in California at a scale that dwarfs everything we’ve seen to date, this simply cannot continue.

What It All Means 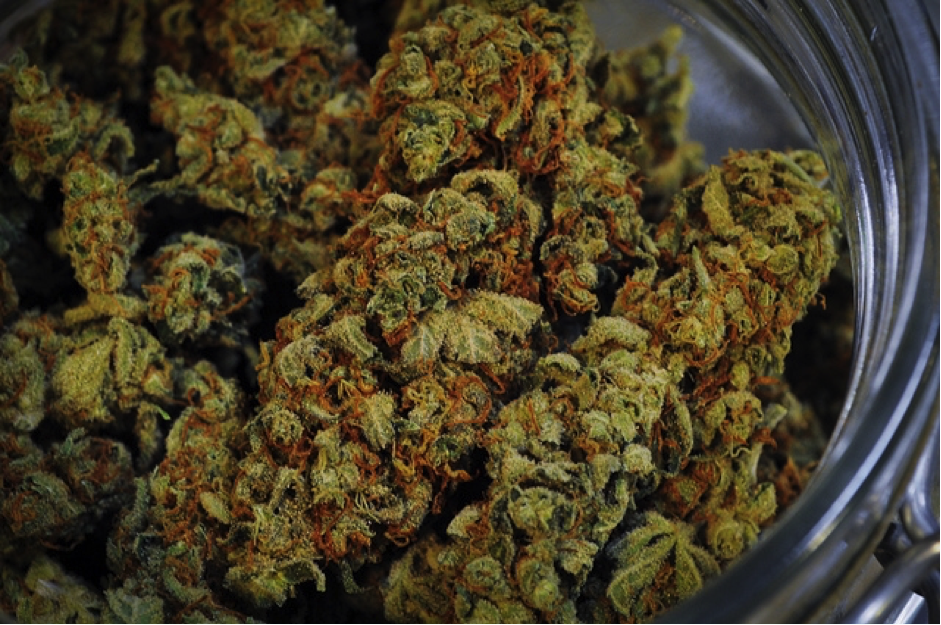 Unsurprisingly, the fine-print accompanying Proposition 64 is fairly long and convoluted to say the least. Indeed, there are no less than 62 pages of dense type to sift through if you really want to know exactly what it means from a legal standpoint. But in terms of what it means to the average California, it’s relatively straightforward.

What will (at least hopefully) become known as the Adult Use of Marijuana Act will make it legal for California residents at least 21-years-of-age or older to possess up to a maximum of one ounce of cannabis at any one time, to be used for recreational purposes. In addition, they will also be permitted to grow up to six cannabis plants at home, though must keep the plants out of public sight at all times.

In terms of the taxation side of the subject, recreational cannabis would under Proposition 64 be taxed in largely the same manner medical cannabis is taxed and regulated right now. It would be up to the various counties and cities across California to come up with their own specific levies and whatnot, with the tax dollars collected being placed directly in the California Marijuana Tax Fund. According to the pages of the proposal, the majority of the money collected would be invested in various initiatives to treat and eradicate substance abuse, along with combatting any negative effects cannabis abuse may have on public health and safety. Initiatives to reduce the state’s DUI rates would also be funded by the tax dollars collected.

The way in which California residents would be liable for prosecution with respect to cannabis crimes would also change dramatically. As it stands, those busted and successfully prosecuted for selling cannabis for recreational purposes can face up to four years in jail. If Proposition 64 goes ahead, this would be reduced to a fine up to $500 and a maximum of six months behind bars. In addition, there would undoubtedly be an intensive process of revisiting and revising the sentences of existing inmates, serving time for cannabis offenses that may be reduced or even reversed following the implementation of the new legislation.

Regulation of marijuana will fall in the hands of each specific city and county and California – each of which having the freedom to do pretty much anything they want with it. However, state-wide law will mean that no city or country will be able to stop California citizens from growing cannabis at home or carrying it on their person.

And of course, current prices per ounce of cannabis are guaranteed to plummet to all-time lows. After all, the overwhelming majority of cannabis users will no longer need to purchase any at all, having been given the green light to grow their own at home.

A Heavy Hit for Some 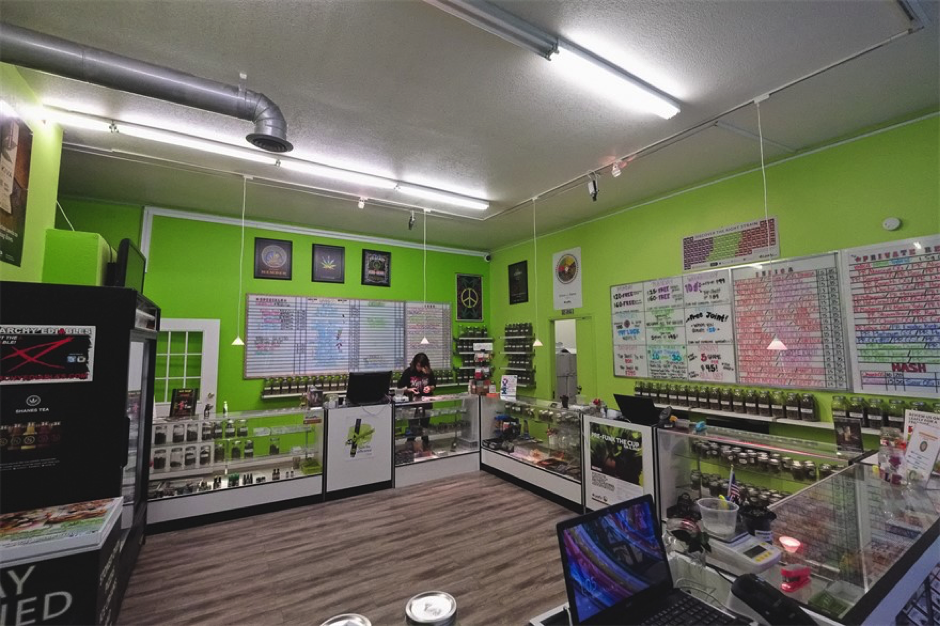 Regardless of your own personal take on the pros and cons of legalization, it’s a plain and simple fact that certain places in California stand to lose out big time if Proposition 64 goes ahead. Right now, Humboldt, Mendocino and Trinity counties are reliant on the cannabis economy the way it is, having something of a monopoly in terms of cultivation and supply. If larger cultivators and suppliers are given the go-ahead to begin their own efforts, it could and probably will put a fair few smaller farmers out of business.

Still, there’s a small silver lining in that those applying for licenses to cultivate on a commercial scale will have to wait at least five years from the day the legislation goes into effect. And that’s only under the condition that the regulators themselves decide to grant the licenses in the first place. During this time, the smaller growers already in business would have the potential to both expand their operations and to build their reputations on a larger scale across the state, improving their odds of remaining viable long-term.

In any case, with the latest poll indicating that in excess of 60% of California residents intend to vote in favour of cannabis legalization, it’s looking like a reality the state’s cannabis producers will have to face up to soon enough. 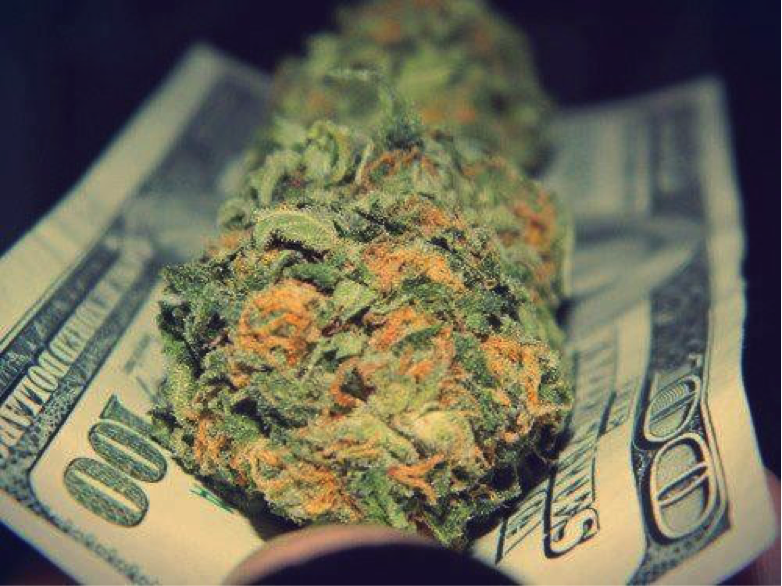 Looking at things from a slightly wider-scale perspective though, experts and financial analysts see seriously big things ahead for the Californian cannabis industry. If (or should that be when) Proposition 64 goes ahead, the result will most likely be the most enormous flood of venture capital making its way in the state than has been seen in generation. There will be thousands looking to get their own start-up ventures up and running, which in many instances will go on to be spectacular success stories. Not to mention, impossibly lucrative. And given the way in which accessing capital via conventional banks, lenders and service providers is likely to remain problematic, private investors chasing healthy returns will have a field day.

California is widely considered to be the ‘golden ticket’ of the nine states taking marijuana to the vote this November in one way or another. The state is quite simply awash with investors who have already expressed their interest in funding the most important recreational American cannabis industry in history – one that’s set to make Colorado’s look like small fry. When recreational pot was legalized in Colorado in 2014, $97 million in venture capital was invested in the industry. In 2015, this increased massively to $215 million. As far as analysts are concerned, the figures in California will simply tower over those of its sibling states.

But at the same time, the future of the cannabis industry in California may depend largely on the same factor that’s limiting its growth elsewhere. Just as long as cannabis remains classified as a Schedule 1 Drug under federal law, it will represent a highly risky investment prospect in the eyes of plenty of investors. Which is once again where presidential candidate Hillary Clinton comes into the equation, having made clear her intention to reclassify cannabis as a Schedule 2 Drug if elected.

Of course, critics continue to argue that the state’s efforts to legalize recreational cannabis are based more on financial matters than public health and safety. But given the fact that it’s a public vote and one that seems to have more than 60% on its side, it’s beginning to look like something of a foregone conclusion, regardless of which side of the fence you happen to be on.