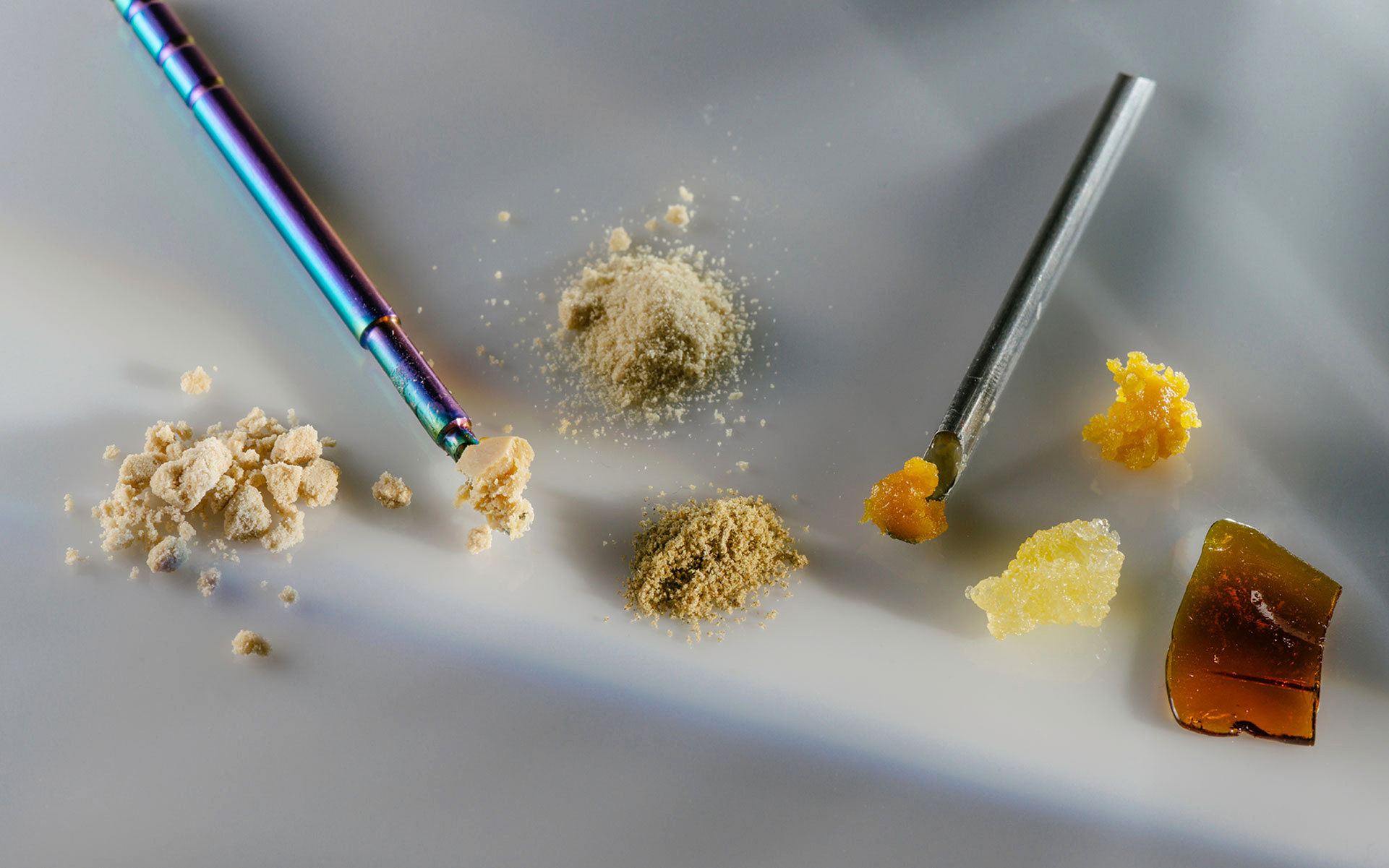 Cannabis concentrates have become one of the most popular consumption methods for millions of recreational and medicinal users alike. What’s more, the legalization of cannabis cultivation across much of the United States has inspired more home growers than ever before to try their hand at making their own concentrates.

Some having more luck than others, but the popularity of concentrates really is explosive.

At the opposite end of the spectrum, you have those who stick somewhat stubbornly to the cannabis flowers they know and love. Often failing to realise that there are certain benefits and points of appeal that are unique to concentrates and extracts.

Head to a cannabis dispensary to pick up some cannabis concentrate and you’re likely to come across a whole bunch of weird and wonderful names. Cannabis concentrates are known by various different monikers – examples of which include dabs, honey oil, crumble, wax, rosin, shatter and many more besides. In most instances, however, they’re simply different names for the same basic product.

With concentrates like honeycomb, sugar, crumble, wax and shatter, the name is a reference to the texture of the concentrate. Some concentrates are also named after the extraction method used to produce them – CO2, for example. In any case, it’s what goes into the concentrate that matters – its composition, quality, potency and so on. All of which are far more important than the name of the product. A name that doesn’t always tell you a great deal about what’s actually in it.

Super-strong concentrates at the top of the scale are always tempting, but can nonetheless be tricky to dose strategically. When you’re working with a 90% THC concentrate, it can be difficult to enjoy it without knocking yourself into kingdom come. For anyone new to cannabis concentrates, sticking with a lower-potency batch is advisable at first. As it is opting for a concentrate with a relatively high CBD content, which can counteract some of the intensity of the THC.

3. Not All Cannabis Concentrates Get You High

Just as is the case with regular cannabis, there are therapeutic concentrated cannabis products that are not designed to get you high. Some cannabis concentrates are 100% non-intoxicating. Products manufactured using CBD-rich cannabis often contain little to no THC whatsoever.

4. Concentrates Can Be Consumed in a Variety of Ways

Much of the enjoyment of cannabis lies in experimentation, so it’s worth giving these and other consumption methods a shot.

One of the most commonly overlooked benefits of cannabis concentrates is the way in which the extraction process eliminates every trace of plant matter.  When cannabis flowers are smoked in the traditional sense, the combustion of the plant material produces certain compounds that can harm the airways and lungs. They’re not dangerous on the same level as tobacco, of course. Nevertheless, they can still be irritating to the delicate lining of your airways.

With concentrates, all of this plant matter is eliminated from the equation entirely. In addition, the fact that cannabis concentrates are usually ingested by way of vaporization means that the temperature is low. As a result, this adds up to a smoother, gentler and more enjoyable experience.

Nevertheless, it’s not to say that cannabis concentrates cannot be fantastically flavourful and aromatic in their own right. It’s just that it’s an entirely different and somewhat simpler fragrance and flavour profile than that of traditional cannabis flowers. Some cannabis concentrate manufacturers reintroduce aromatic compounds after the extraction process, but this rarely results in the same all-natural fragrance and flavour you’d associate with top-shelf bud.