Everything You Need to Know About Cannabis Terpenes 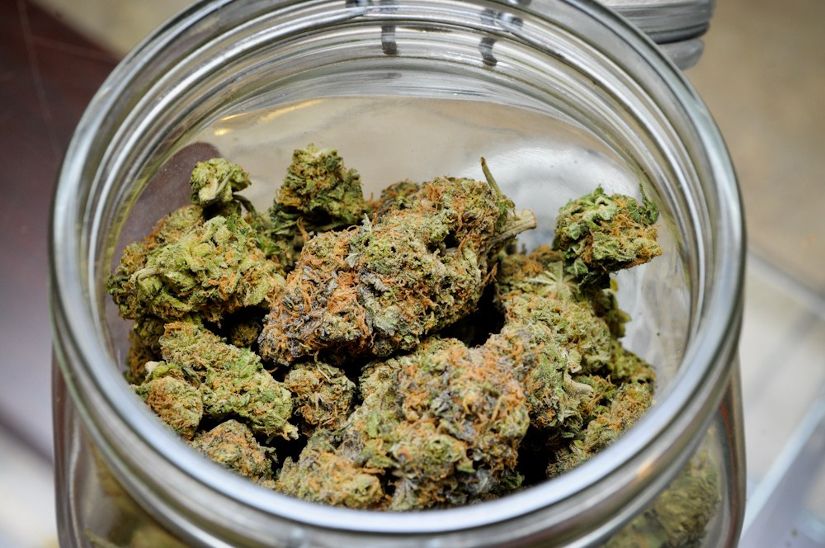 You cannot consider yourself to be any kind of cannabis connoisseur, until you know exactly what’s going on behind the scenes. Ask any sample group of 100 cannabis users and chances are at least 90 of them will tell you that they know cannabis contains Terpenes. However, ask the same group of 100 cannabis users what Terpenes are and what they do and chances are you will be treated to at least 99 blank expressions.

Of course, you could quite rightly argue that you don’t need to understand the deep and complicated science behind cannabis to enjoy it. At the same time, some would argue that you cannot truly and comprehensively appreciate something, until you gain a deeper understanding of it.

In short, it is the cannabis Terpenes that are responsible for giving it all those delicious and distinctive flavours and aromas. They are, essentially, the aromatic oils that determine exactly how and to what extent any given strain will produce its fragrance and flavour. Some cannabis strains have pronounced fruity aromas, others smell more like rich spice and then there are those that have the unmistakable musk of cheese. In all instances, it is the Terpenes that are responsible for making this happen.

Until relatively recently, the vast majority of researchers have been focusing pretty much all of their attention on CBD and THC – Terpenes having gone predominantly overlooked. Which is precisely why the vast majority of everyday cannabis users don’t know a great deal about them. After all, if the purpose and effects of Terpenes are not well publicised, you aren’t going to learn a great deal about them without doing your homework.

Still, what we’ve come to know over recent years is that Terpenes do in fact have a major influence on the effect the various strains of cannabis have on those consuming them.

Why Do Plants Produce Terpenes?

As for why it is that Terpenes are produced in the first place, it all comes down to the way in which plants often defend themselves from predators by producing certain aromas. There are certain fragrances that attract specific bugs and animals while repelling others. Which in turn can assist a plant in attracting the required insects for pollination, while keeping others at a safe distance.

Incredibly, research has so far uncovered more than 100 different Terpenes in cannabis – and the list continues to grow. Every strain across the board contains a unique blend of Terpenes in different concentrations, which in turn play a significant role in determining the effects and properties of the strain.

Terpenes work in conjunction with the other cannabinoids within cannabis, ultimately transforming the effect the strain has when consumed. For example, while it’s known that THC binds with receptors in our brains to have a psychoactive effect, Terpenes can influence how much THC enters the brain and the way the brain’s receptors work. Which means that along with giving cannabis all the flavour and aroma profiles you know and love, they’re also influencing its effects with every hit.

Unsurprisingly therefore, researchers are more than a little excited by the prospect of exploring how the various Terpenes in cannabis could be used for any number of beneficial medical purposes. It’s already known that the primary cannabinoids in cannabis can be used as alternatives to conventional drugs in the treatment of many conditions – the potential impact of Terpenes having not yet been brought into the equation.

If anything, it should technically be possible to use Terpenes to ‘fine tune’ cannabis extracts and products used for medical purposes, in order to create the most effective medical cannabis imaginable.

As already mentioned, there are far more than 100 different Terpenes in cannabis. Suffice to say therefore, you aren’t expected to know and understand all of them! Instead, it’s worth familiarising yourself with some of the most common and influential Terpenes of all.

Chances are that once you’ve given thought to the following, you might find yourself appreciating the aromas, flavours and effects of your next batch of bud on an even higher level:

The single most common Terpene found in cannabis is Myrcene. In fact most of the aromatic oils in every strain of cannabis across the board is made up of Myrcene. Ever wondered why hops and some other plants have a suspiciously similar fragrance to cannabis? Well, the answer is because Myrcene is also an extremely common Terpene across the board. Along with giving cannabis its distinct fragrance and flavour, Myrcene has been found to have impressive antibacterial, anti-inflammatory and even pain-relieving effects. It also intensifies THC’s psychoactive effects on the brain.

Next in line comes Limonene, which is another extremely common Terpene found in a wide variety of cannabis strains. As you’d guess from the name, this is the Terpene responsible for giving certain strains of cannabis a noticeable citrus fragrance. In terms of its medical properties, Limonene is not only recognised for its antibacterial and antifungal effects, but also as a potential preventative cancer treatment. Research suggests that Limonene is great for boosting attention and mental focus, while anecdotal evidence highlights its value for sexual health.

Next time you enjoy a strain of cannabis with a fresh floral fragrance with just a touch of spice, that’s the Linalool doing its business. Along with helping produce cannabis that is both aromatic and delicious, Linalool has been linked with beneficial effects in the treatment of anxiety and nervousness. In fact, Linalool contributes significantly to the way in which specific cannabis strains have a predominantly calming and sedating effect.

Away from cannabis, Caryophyllene is found in relatively high doses in black pepper and other spices. Where present in the makeup of cannabis, in results in that unmistakably spicy and peppery fragrance that translates to a warming and sometimes bitter flavour. This is another Terpene that has been recognised for its analgesic and anti-inflammatory properties.

No prizes for guessing what kind of fragrance and flavour pinene brings to cannabis bud! There are plenty of plants and herbs that contain heavy quantities of pinene, which has a fragrance very similar to that of fir and pine trees. Another powerful anti-inflammatory and proven antiseptic, evidence would seem to suggest that pinene can actually have a beneficial effect on memory function.

One of the more difficult Terpenes to detect by fragrance alone, Terpineol is usually present alongside pinene though in slightly reduced quantities. Hence why its quite beautiful lime and lilac fragrance isn’t always easy to distinguish. Terpineol is known for having a relaxing and lightly sedating effect.

Along with certain strains of cannabis, Borneol is present in its most concentrated doses in Rosemary. A fresh, minty and beautifully floral aroma that translates to a sublime taste experience. Not only has Borneol been used in Chinese medicine for centuries in the treatment of fatigue and stress, it also works surprisingly well as an organic insect repellent.

Last but not least, next time you encounter a batch of cannabis that has an unmistakably cooling, fresh and minty fragrance, chances are it has a healthy dose of Eucalyptol behind the scenes. Which is of course the Terpene you would also find it in eucalyptus oil, which has been used in traditional medicine and herbal medication for centuries for its pain-relieving and concentration-boosting properties.

What are your favourite cannabis Terpenes?