Five Things That Annoy Budtenders (and 10 Things Never to Say) 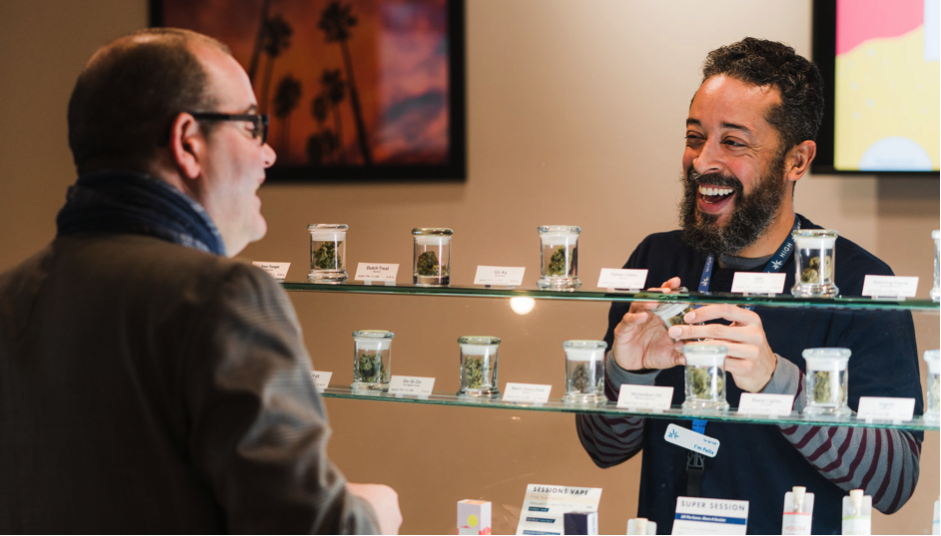 Becoming BFFs with a budtender at your local dispensary takes time. A relationship that’s worth nurturing, but one that doesn’t happen overnight. In the meantime, you need to do everything you can to avoid pissing them off.

If you’re something of a cannabis dispensary veteran, you’ll probably know the score by now. If you’re new to the whole thing, there’s a chance you’re the kind of person that prompts a collective shudder when you walk through the door.

Patience is part and parcel of the deal for the professional proprietor, but there are limits. Hence, it’s a good idea to take note of the kinds of things that annoy the living hell out of budtenders…so you can make sure you don’t.

So with this in mind, here are the five most common complaints from budtenders regarding their most lamented customers:

By its nature, budtending takes time. Answering your questions, offering suggestions and eventually closing the sale. When a dispensary is busy, the last thing they need is another talkative customer holding up the queue with idle chit-chat. Being friendly is one thing, but being the cause of congestion is something else entirely. Hang around and chat to your heart’s content if the place is empty, but consider common courtesy and manners if it isn’t.

As far as female budtenders are concerned, there’s little more annoying than the pathetic attempts of dozens of stoners trying to pick them up…every single day. Far from flattering, it’s the perfect way of seriously annoying someone who’s simply trying to do their job. Keep it strictly business and leave the flirting for more social venues, lest you’re happy to make a fool of yourself.

However much you think you know about cannabis, the professional budtender behind the counter knows more than you. These are paid professionals who spend their lives learning about weed and all things cannabis related. Hence, they’re not exactly receptive to customers who talk down to them and think they know best. Try to interpret corrections to your current ‘knowledge’ as the opportunity to learn, rather than an insult to your stoner status.

The price you see is the price you pay…period. It’s worth remembering that in the vast majority of instances, the budtenders you encounter won’t actually be the owners of the dispensary. Hence, they’re probably not permitted to give discounts and special deals – even if they wanted to. Attempting to haggle as if you’re are buying from a black-market dealer simply makes you look like a tight-fisted cheapskate. If you can’t afford top-shelf bud, set your sights on something more within your price bracket.

It’s one thing not to know the exact cannabis strain you want, but it’s entirely up to you to determine what you expect to get out of it. Pain relief, inspiration, creativity, afternoon energy, a good night’s sleep – it’s all on the cards. Approaching a budtender with no idea what you want is the same as walking to a pharmacy and saying “what drugs do you recommend?” It puts them in an impossible position and wastes everybody’s time.

What Never to Say to a Budtender

As an added bonus, we thought we’d also throw in a handful of statements and sentences never to be uttered in the presence of a working budtender. If you don’t want to make an example of yourself, ensure no variation of the following ever pass your lips in a dispensary:

It’s a legal requirement for dispensaries to request valid proof of age from customers, which isn’t up for debate if you forget or lose your ID.

If you’re planning to transport the pot you buy out of a legal state and back home to a non-legal state, don’t get your budtender involved. They won’t advise you how to break the law and it simply puts them in an awkward position.

Once again, treating a professional budtender like a backstreet cannabis dealer isn’t the way to win their respect. There’s no such thing as store credit in a cannabis dispensary and there never will be, so don’t ask for it.

The same also applies – handing out cannabis free-of-charge simply isn’t an option. Even if they wanted to…which they don’t…they wouldn’t be able to give you a free sample to try out, so you’re wasting your time and making yourself look silly.

If a dispensary suspects you’re planning to buy cannabis for someone else, they’re legally obliged to refuse your purchase.

No matter how busy it gets and how long the folks in front of you take, you need to wait your turn patiently and quietly. Getting frustrated and/or voicing your frustrations really isn’t the way to go.

So get the hell out of the dispensary and smoke your own, genius!

Even if the person you’re with at the time meets the legal age requirements, it’s still technically illegal to sell cannabis to a buyer who intends to share it with someone else. So if you’re going halves, keep it quiet.

You can’t realistically expect your butender to recommend medical cannabis if your doctor has told you to stay away from it. Again, it’s an awkward position to avoid putting them in.

Last but not least, we’ve already covered the faux-pas that is trying to make friends with or pick up on-duty budtenders. In addition, it’s worth remembering that most budtenders aren’t in the habit of getting completely baked while at work – even if you yourself are