Male Plants: Can They Get You High? 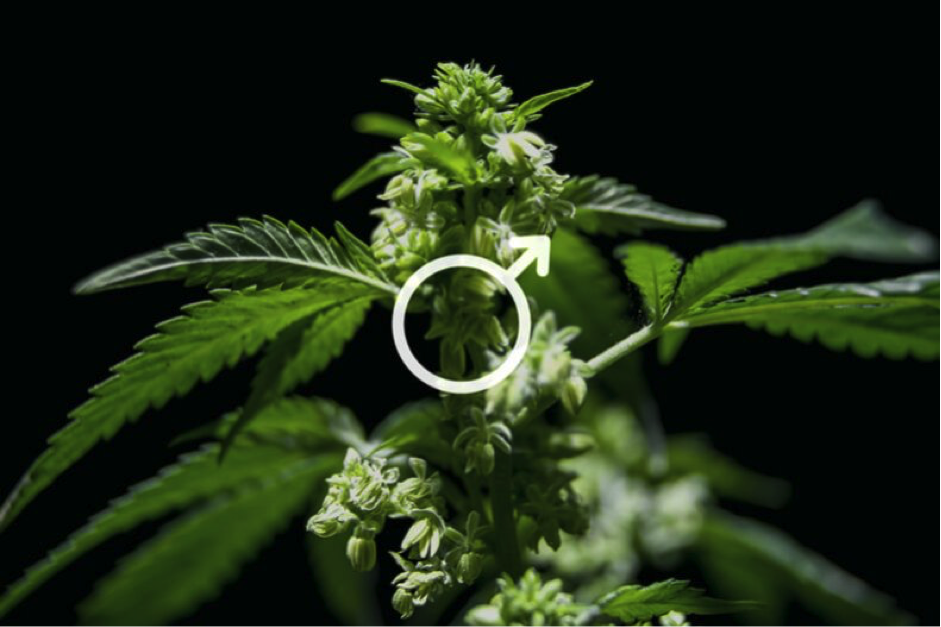 It’s one of the most commonly asked questions in cannabis circles worldwide. Not to mention, a highly disputed argument that generates all manner of wild and wacky claims.

The question being – what does science tell us about male cannabis plants? More specifically, is it possible to get high by smoking in any of the various parts and components of a male pot plant?

There are two basic types of cannabis plants – male and female. That’s excluding hermaphrodite plants, which we’ll be leaving out of the equation for now. As you’ll know, it’s the female of the species that produces the more potent components than their male counterparts. Specifically, female plants produce THC in much more generous quantities. By contrast, male plants are viewed as no less than a nuisance by anyone not attempting to cross-pollinate different strains.

As for the basic science of it, a male cannabis plant cannot produce the pollen it requires to produce seeds. They rely on the close proximity of female plants, though can ultimately stop them in their tracks with regard to THC and bud-production.

Hence, they’re almost always removed from the equation and destroyed just as soon as their sex can be identified.

So it’s a fact that female cannabis plants produce more THC and are therefore more desirable. But does this mean that there is no value whatsoever in a male cannabis plant? In terms of smoking and general consumption, are male devoid of any real worth whatsoever?

THC, CBD and Other Cannabinoids in Male Plants

The value or otherwise of a cannabis plant in terms of both recreational and medicinal use derives from its makeup of THC, CBD and other cannabinoids. Hence, from a strictly scientific perspective, the answer is yes – male cannabis plants do contain cannabinoids like THC. Quantities vary significantly from one strain and specimen to the next, but there’s definitely THC and often CBD in there.

However, the concentrations of THC in male cannabis plants are significantly lower than those of their female counterparts. In theory, you could technically extract more than enough THC from a male plant to get high. But this doesn’t mean you could take a bunch of male plant matter, consume it in the same way you would a female plant and expect the same effects.

Technically speaking therefore, you’d need to take a serious amount of male plant matter for the resulting mix to come close to having the same THC content as a much smaller scrap of a female plant. So while there’s definitely THC in there, it isn’t as easy to access.

Can You Smoke Male Plants?

If planning to smoke matter from a male cannabis plant, you’ll be looking at smoking either the leaves or the pollen. Or perhaps, a combination of the two. Despite the fact that the plant may look and smell like a potent cannabis specimen, it’s unlikely to have even remotely as much THC as comparable female plants.

Theoretically, stuffing a load of male cannabis plant matter into a bong and ripping the daylights out of it will transfer some THC into your system. Unfortunately, not nearly enough to feel much of anything. You may experience a head rush, but this will be more likely the result of mild oxygen deprivation and from the THC in the plant matter.

What’s more, the smoke itself could also be painfully harsh. Particularly when smoking cannabis leaves, you can expect a relatively rough ride. So while you can smoke male cannabis plants and extract at least a little THC in the process, it isn’t typically considered a good idea.

If you’re intent on making the very best use of your male cannabis plants, it’s best to set your sights away from smoking them. Instead, you need something that can extract as much THC as possible out of your cannabis, concentrating it enough to have an effect in the process. Precisely why the best thing you can do with male cannabis plants is to use them to make edibles.

Of all the various recipes available, we strongly recommend sticking with cannabis butter. Not only is it easy to make, but it can be used in and on thousands of other dishes with little to no effort required. You can make cannabis butter as gentle or powerful as you like, adding other flavours into the mix like garlic and/or herbs if you choose to do so.

There are endless recipes and formulas for the ‘best’ cannabis butter online, but the simplest approach is the best. Simply add equal amounts of butter and water to a pan, heat gently and add as much coarsely-ground cannabis plant matter as you like. Give the whole mixture approximately 2 hours at an extremely gentle simmer, stirring from time to time and keeping a close eye on the temperature.

Remove the mixture from the heat, strain into a container or mould of your choosing and give it a couple of hours to cool. Pop it in the fridge, take it out the next day and give it a try. Cannabis butter made with male plants isn’t going to send you into the stratosphere, but could bring on a buzz nonetheless.

So…What to Do with Male Plants?

What you should do with the male cannabis plants in your life depends entirely on the circumstances. If you’re growing cannabis with quality yields in mind, you need to eliminate males from the equation as soon as you detect them. Likewise, avoiding males by selecting feminised seeds in the first place is a good way to go.

That said, if you do find yourself with a bunch of male plants and wonder what to do with them, simply tossing them in the trash is a waste. It’s the classic case of accepting a ‘better than nothing’ result, extracting the cannabinoids from your plants by any means necessary.