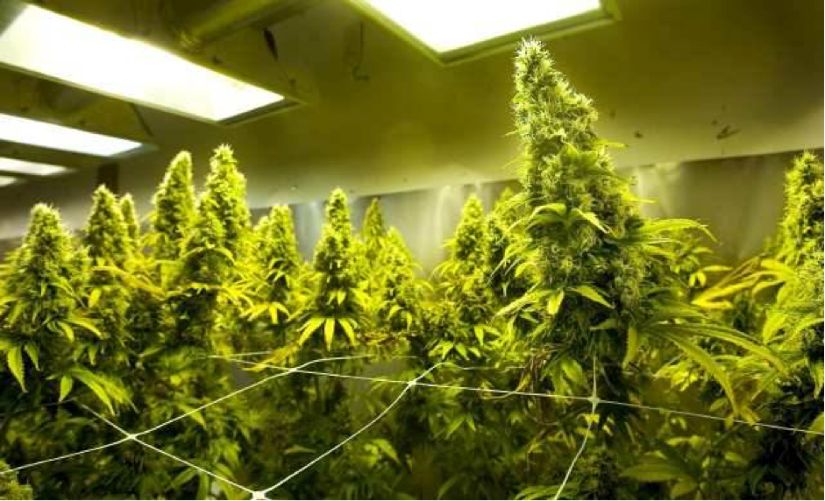 We recently came across a cannabis cultivation article which we felt we simply had to share with our readers. Unfortunately, it wasn’t the usual kind of pot growing article that sings the praises of the idea and tells you all you need to know about crafting killer cannabis from the ground up. Instead, it came from a leading Canadian publication – supposedly as something of a public service piece, ahead of recreational cannabis legalization in 2018.

As is the case across various US states, Canada recently begun the implementation of legislation to legalize the use, sale, purchase and cultivation of cannabis – in strict accordance with a new set of rules and regulations. It won’t simply be a case of anyone in Canada being able to set up and operate their own DIY the cannabis farms of epic proportions, but anyone looking to grow a few plants at home for both the savings and the satisfaction that come with home growing, good times ahead!

Which is where this particular article penned by one Patrick Cain comes into the equation. He acknowledges the fact that Canadians will no doubt soon be able to grow cannabis at home legally, but also suggests that you might not want to. He and those he spoke to have apparently highlighted the complications and complexities of growing cannabis, as part of an article entitled: “Smelly, fussy, humid: Why you may not want to grow your own legal pot.”

This of course immediately smacks of ulterior motives, though that’s not something we’re going to start debating right now. Instead, we thought we’d instead pick apart the arguments voiced by those who apparently advise against growing cannabis at home, in order to tell things how they really are.

It all kicks off with the writer quoting one Canopy Growth CEO by the name of Bruce Linton, which is currently a leading facility in the cultivation of medical cannabis and looks set to expand significantly into the recreational marijuana trade, just as soon as the required legislation kicks in.

“The plants yield a hell of a lot of humidity,” he says.

Ok, so first of all we have an individual who has quite a lot to gain from the prospect of as few people as possible growing their own cannabis at home. Companies like these are fundamentally dependent on the sale of cannabis and cannabis related products, meaning that the more cannabis users grow on their own, the less cash goes into the pockets of these guys.

Once again, we’re not going to get bogged down with the whole ulterior motive theme, but it’s not as if cannabis cultivators don’t already know that pot plants need appropriate dark/light cycles. That’s why we have access to so many outstanding lighting products, controllers and the various other things that help us get the job done with ease.

The same also goes for humidity, as while it may be true to say that a cannabis farm on a commercial level like this is going to make an enormous difference on ambient humidity, growing a few plants at home really isn’t. Especially considering the fact that it is highly unlikely Canadian pot policy will allow the average individual to grow more than say half a dozen plants at home at a time.

Next, Linton takes aim at what so many cannabis connoisseurs would say represents one of the most incredible advantages and joys of cultivating cannabis at home. The simple fact of the matter is that if you are really into the stuff, you’re hardly likely to tire of that quintessentially mouth-watering aroma of fresh, high-quality bud wafting around the home. Even those who are not particularly into cannabis admit that the stuff has the kind of fragrance that’s simply fabulous – especially when it’s fresh.

Apparently though, that’s not how Linton sees it.

“Depending on the strain, your house can smell like lemons or rotten shoes. We have a strain, and this is a big part of the appeal, called UK Cheese. It smells really strongly,” he warns.

Rotten shoes? That’s one way of describing it, but of course one man’s disgust is another man’s delight. And if you’re not particularly fond of the fragrance of any specific cannabis strain, there are hundreds of others to try out. Not only this, but installing ventilation systems, carbon filtration units and so on that can easily deal with potent pongs has never been easier or cheaper. So it’s not as if the average cannabis cultivator at home will not be able to address the problem anyway, should they wish to do so.

Spectacularly, his comments on fragrance were followed by one of the most bizarre predictions we have come across to date. While Linton is entirely aware of the fact that legalization will spur an enormous spark in home growing, he apparently genuinely believes that “it will not be a long-term big activity.”

Yeah right…home growers are going to get bored of having a constant supply of epic quality cannabis on-hand 24/7 at a fraction of the price and go back to spending good money for it!

The Perils of Picking

Last up, the article and the remarks of another prominent industry figure highlight the apparent downside of what is categorically one of the most enjoyable and rewarding aspects of the cultivation process as a whole. Brandon May of Toronto’s True North Seed Bank, a marijuana seed retailer, was quoted as saying that the work involved in harvesting cannabis buds should never be underestimated.

“One or two small plants can take as long as six or seven hours to finish.”

Referred to quite interestingly as a ‘chore’ by the writer, it’s actually hard to think of anything more satisfying than setting a few hours aside and slowly but surely beginning to reap the benefits of the efforts invested over the weeks and months prior. This is precisely the moment all your hard work comes to fruition, leaving you with little to do but wait for it to dry/cure and get busy sampling your creation.

Just to round things off, Linton makes the odd yet entertaining suggestion that the home cannabis cultivation craze will be very similar to that of making your own wine at home. In other words, something people will enjoy doing at first, but ultimately quit in favour of buying ready-made from stores.

“There are always going to be some folks,” Linton says.

“But I do find there’s a strong parallel to home wine making — we seem to sell quite a lot of wine in stores.”

We’re not even going to start getting into how nonsensical and misguided this particular statement is…we’ll let you hammer it out for yourself in the comments section below!