Sun Rocks: Too Strong for Snoop? 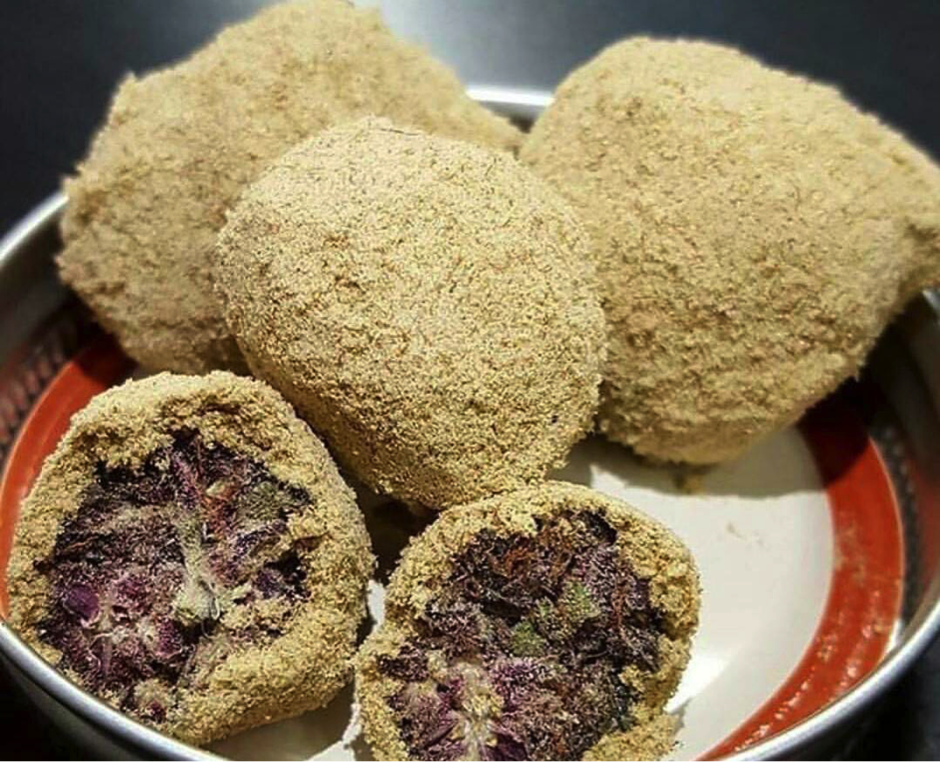 If you’ve been keeping up with our blog over recent days and weeks, you’ll have no doubt picked up on our introductory guide to moon rocks. Those being the super-strong nuggets of goodness that combine high-quality cannabis bud with super-strong hash oil, all topped off with a liberal dose of kief. The result being a mind-blowing cannabis cocktail, with THC concentrations going well beyond the 50% mark.

Which seems like a lot, but the truth is that even moon rocks come across as a little on the weak side, when compared to their frankly ludicrous counterparts.

What are sun rocks?

While it’s true to say that sun rocks bear many striking similarities to moon rocks, there are a couple of key differences that aren’t to be overlooked. Before getting into the finer details, it’s worth noting that even cannabis overlord Snoop Dogg himself is more than a little wary when it comes to sun rocks. It’s not that he’s afraid to go near them – more like he’s sensible enough to do so with extreme caution.

In terms of the difference between sun rocks and moon rocks, the latter comprises cannabis bud dipped in hash oil and coated in a dusting of kief. By contrast, sun rocks take the same cannabis bud, only to dip it in super concentrated cannabis wax, before applying the same coating of kief. As a result, while it’s common for moon rocks to have THC concentrations of more than 50%, sun rocks take things to an almost incomprehensible 80% and up. While exact research into sun rocks is minimal to say the least, there’s pretty much nothing on the market right now that packs the same kind of punch.

While it may be true to say that sun rocks aren’t, strictly speaking, as powerful as dabs, they are exponentially stronger in terms of aroma and flavour. Which is precisely why they are earning such a huge following among connoisseurs on a global basis. Moon rocks may have been given the commercial treatment by Kurupt and Dr. Zodiac – having recently introduced a collection of moon rocks for sale at dispensaries across the United States. However, sun rocks are yet to be given the same kind of celebrity endorsement – despite having made a recent appearance on The Breakfast Club with DJ Envy, Angela Yee, and Charlamagne.

“Once the growers started to think about the THC level was what induces the high, it would be like 15 percent THC, 20 percent at the most. These fools with the MoonRock went to 60 percent THC. SunRocks went to 80 percent!” said Snoop Dogg, explaining the difference between the two products.

He also went on to state that he’s not in the habit of hitting this kind of stuff on his own – nor would he recommend anyone else does either.

“If I do do it, I take it and I sprinkle into some regular weed. You can’t just do it by itself, it can’t just be MoonRock solo.”

Inexperienced cannabis users are typically warned to stay away from sun rocks for two reasons – one being less obvious than the other. The obvious being the ridiculous strength of the stuff. With THC concentrations as high as 50% or 80%, just a couple of tokes could be more than enough to send even a seasoned smoker well and truly over the edge. Amateurs essentially having no chance.

As for the second, there’s the way in which what you’re actually smoking is something of an unknown cannabis cocktail. Chances are, you will be able to find out what strain of cannabis the primary nug has been taken from. However, the same cannot be said for the hash oil used to create sun rocks or the kief used in both recipes. Plus, it’s fundamentally impossible to accurately measure the THC content of moon rocks or sun rocks, so you have no idea what you’re getting yourself into.

That said, if you can hold your own and know what you’re doing, sun rocks in particular could send you on the ride of your life. Just be sure to throw a little common sense and caution into the mix, whatever you do.

While on the subject, we thought we’d also cover a few of the basics as far as cannabis caviar is concerned. If you’ve come across the term before, you probably also know that this cannabis super-produce often sells for around $1,500 per ounce. Or in other words, at least 400% more than the very best cannabis strains going.

The thing is though, while cannabis caviar and moon rocks are often referred to as the same thing, they aren’t. There’s one key difference between the two, albeit one that doesn’t make a great deal of difference, if being perfectly honest.

Basically, cannabis caviar is prepared by taking the highest quality cannabis buds and soaking them thoroughly in the most potent hash oil you can get your hands on. Once the oil has permeated the cannabis buds sufficiently, they are taken to one side and left to dry. This drying process typically takes anywhere from several weeks to a few months.

Which is technically an identical recipe and process to that of moon rocks – the difference being that the latter is finished off with a generous coating of kief. Nevertheless, the two products are more or less identical in terms of potency – THC concentrations often going well beyond the 50% mark.

Also like its counterparts – moon rocks and sun rocks alike – the cannabis smoking experience can be a little on the rough side. This is the kind of stuff that seems to go on burning forever, producing the kind of smoke you can get high from as a passive smoker. Literally – sit in close proximity to someone hitting cannabis caviar or any of these rocks and you might not need a single direct hit to get high. If you do take a hit, you need to be ready for a pretty harsh experience – not to mention the kind of instant and hard-hitting high that could well blow you into the middle of next week.

Rounding things off with one final important yet obvious question – is there really any point to products like sun and moon rocks? As for the answer…well, it all depends on your personal preferences and needs.

Put simply, these are the kinds of products that are ideal for those who want to smoke less, experience more powerful and longer lasting effects, or have the kinds of medical requirements that demand much higher quantities of THC with every dose. Then again, there will always be those who simply want to get as high as possible as quickly as possible, just for the sake of it.

Long story short therefore – feel free to try any of these crazy cannabis creations for yourself. Just ensure that when you do, you do so with plenty of common sense!