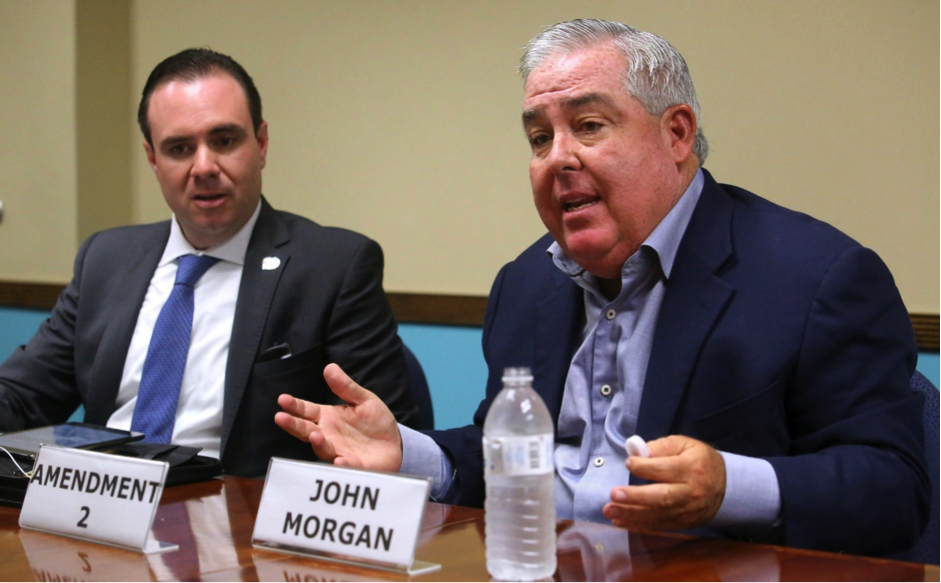 Two attempts, three years and $11m later, Florida finally decided to give the green light to medical marijuana. Patients and campaigners across the country rejoiced when it became clear that Amendment 2 had passed, laying the groundwork for the state’s first genuinely accessible medical cannabis legislation.

The only problem being that laying the groundwork was really the only thing it did.

In its entirety, Amendment 2 reads just five pages in length. It’s spectacularly vague and brief. Which in turn means that the vast majority of key points for the industry as a whole still need to be worked out. And agreed upon.

Unlike elsewhere, the vote didn’t see any immediate alteration to medical cannabis policy. For the time being, it’s still 100% illegal. It won’t be until January 3 next year – or “on the first Tuesday after the first Monday in January following the election” if you prefer the formal explanation – that it will be legalized. Or at least, legalized to a degree – it still won’t be accessible for a good while.

As is the standard approach across the US, medical cannabis patients will need both an official ID card issued by the state and a prescription from their doctor. The only problem being that the ID cards aren’t expected to be handed out for many months after January 3.

So it’ll be legal, but nobody will be able to get hold of it. At least, not legally.

One Frustration After the Next

A frustrating scenario to say the least, but far the only thing that’s grinding the gears of Floridian cannabis users right now. If it somehow passed you by, the state managed to sneak a piece of nonsensical legislation into Amendment 2, regarding the legality of smoking medical cannabis. That being, its prohibition.

Put simply, the idea behind Amendment 2 was that – quite justifiably – it would be made illegal to smoke medical cannabis in public places. However, smoking it privately (in the case of qualifying patients) would be fine. However, a prominent Florida lawyer by the name of John Morgan noted that the details of document actually stated that smoking cannabis in any form does not constitute medical use. Which would in turn render it illegal.

As such, the new legislation gives the green light to vaporizers, oils, edibles and so on, but restricts medical cannabis users from smoking cannabis.

“Just landed in Tally,” he tweeted to his fans and followers. “The cavalry has arrived.”

As far as he’s concerned, nobody has any right whatsoever to tell anyone else how they can and cannot use their legally prescribed medication. He’s arguing that to in any way target or restrict those who make the decision to smoke medical cannabis is to infringe upon their constitutional rights.

“By redefining the constitutionally defined term ‘medical use’ to exclude smoking, the Legislature substitutes its medical judgment for that of ‘a licensed Florida physician’ and is in direct conflict with the specifically articulated Constitutional process,” reads the legal filing penned by Morgan.

He’s looking for immediate removal of the restriction within the amendment, along with assurances that it will not be enforced by state officials across Florida.

“The people of Florida knew exactly what they were voting on,” Morgan told reporters at a Thursday press conference.

“The fact that we’re here today is really unnecessary.” 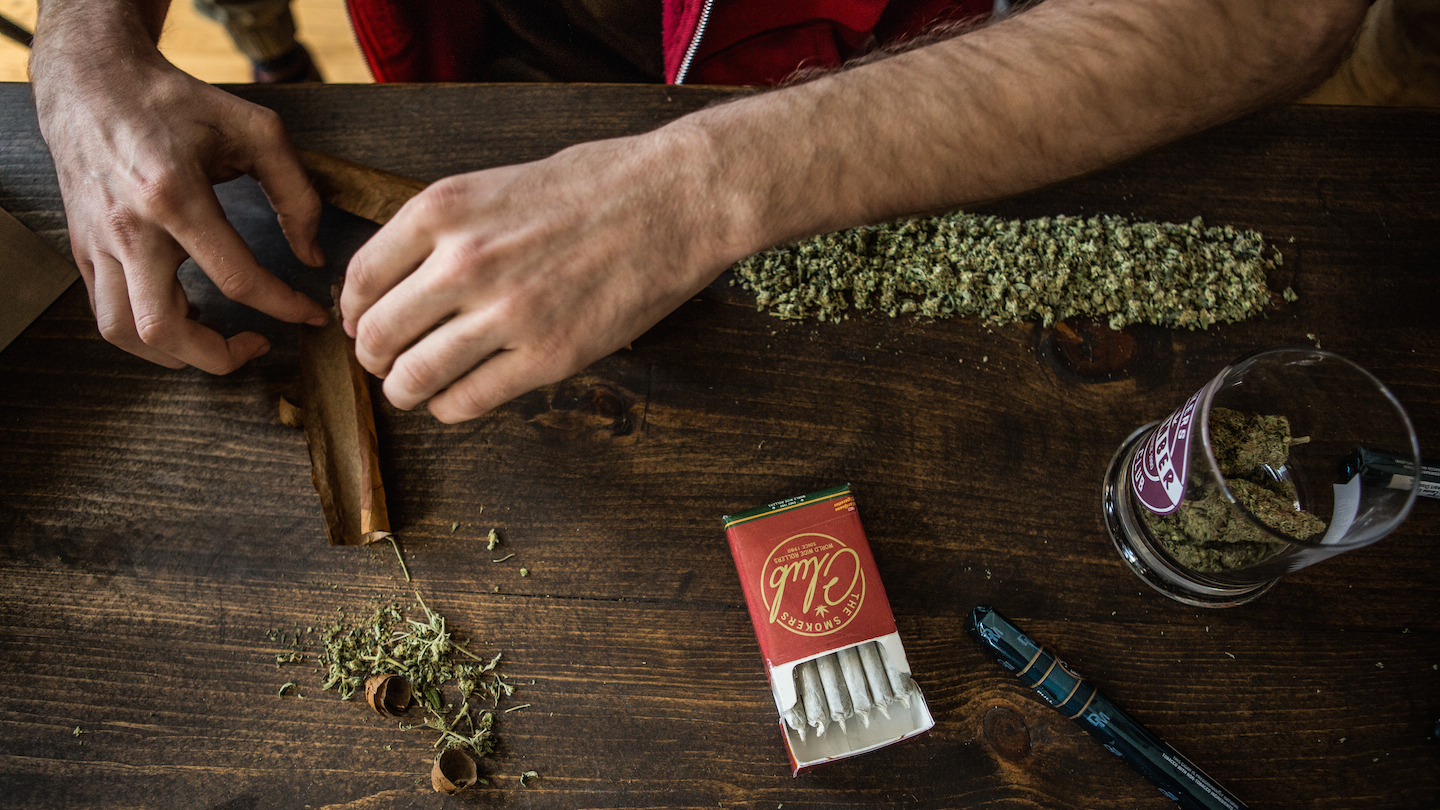 Unfortunately, it’s not only in Florida that medical cannabis legislation has been made needlessly restrictive. In Pennsylvania and Minnesota for example, cannabis flowers may not be legally sold as medical marijuana. Countries including Greece and Australia also permit medical cannabis, though solely in the form of specific, processed and approved products.

As far as Morgan is concerned however, there’s no reasonable grounding for these kinds of restrictions. He argues in his lawsuit that “inhalation is a medically effective and efficient way to deliver Tetrahydrocannabinol (THC), and other cannabinoids, to the bloodstream.” As such, it should be up to the patient in question to decide whether this is the way they prefer to use it.

What about the potentially harmful effects of smoking?

Also addressed in the suit, which cites a research paper published in the Journal of the American Medical Association from 2012, which states that cannabis smoke doesn’t “impair lung function, based on doses inhaled by the majority of users, as compared to non-smokers and tobacco smokers. In fact, marijuana smoking was shown to increase lung capacity.”

Furthermore, his challenge points out the glaring fact that medical cannabis has been smoked across the United States for decades now in the treatment of various conditions. And in all this time, never has a correlation been noted between smoking cannabis and the patient’s risk of developing cancer or emphysema.

“Do we give a rat’s ass if a person (dying) from ALS smokes instead of vapes? I don’t,” he said, rather colourfully lashing out at the ridiculous restriction. 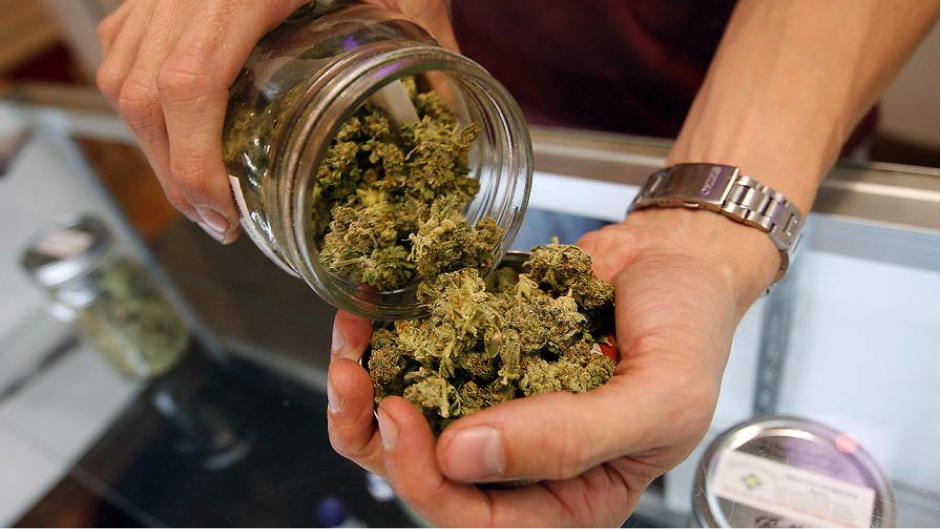 Given the rocky road cannabis legalization has so far encountered in Florida, it’s hardly surprising there’s still plenty of opposition. In some instances, health groups have come forward to warn that smoking medical cannabis isn’t the ideal method of consumption, when considering the effects the inhalation of any kind of smoke can have on the body.

“There’s a reason why every single major medical association opposes the use of the raw, smoked form of marijuana as medicine: smoke is not a reliable delivery system, it’s impossible to measure dosage, and it contains hundreds of other chemical compounds that may do more harm than good,” argued Smart Approaches to Marijuana (SAM) President Kevin Sabet, before accusing Morgan of cooking up “nothing more than a smokescreen designed to bypass the FDA and open the doors to a new for-profit, retail commercial marijuana industry in Florida.”

Of course the rather significant subject of tobacco smoking finds itself thrown into the spotlight. Cigarettes are known to have precisely zero medicinal value and thousands of dangerous and deadly toxins in them. Nevertheless, it’s up to people of the required age whether or not they smoke. You can tell them of the dangers, but it’s up to them. With medical cannabis, massive evidence of extraordinary benefits and zero evidence of dangers. Yet they see it justifiable to outlaw the smoking of medical cannabis.

It’s not difficult to see why folks like Morgan and plenty of medical cannabis users are so frustrated.

Morgan’s primary argument is based on the fact that most of those for whom medical cannabis is prescribed are already suffering severe, chronic and even terminal conditions. As such, it doesn’t make even the slightest difference whatsoever if they risk a little remedial and reversible irritation of the throat and lung, should they choose to smoke cannabis. If doing so brings them relief and allows them to cope, who are lawmakers to tell them they can’t do it?

On the plus side, Morgan is taking things very seriously. And he’s no stranger to the cannabis legalization fight, either. Not only did he invest around $7 million of his own cash in getting Amendment 2 passed, but he’s also considering investments worth more than $100 million in the wider industry.

“I have learned a great deal about the miracles of marijuana over the last five years,” he reassured those concerned by the new policy.

“What better person than me to be involved?”