Solved: Is Cannabis Today Stronger than 30 Years Ago? 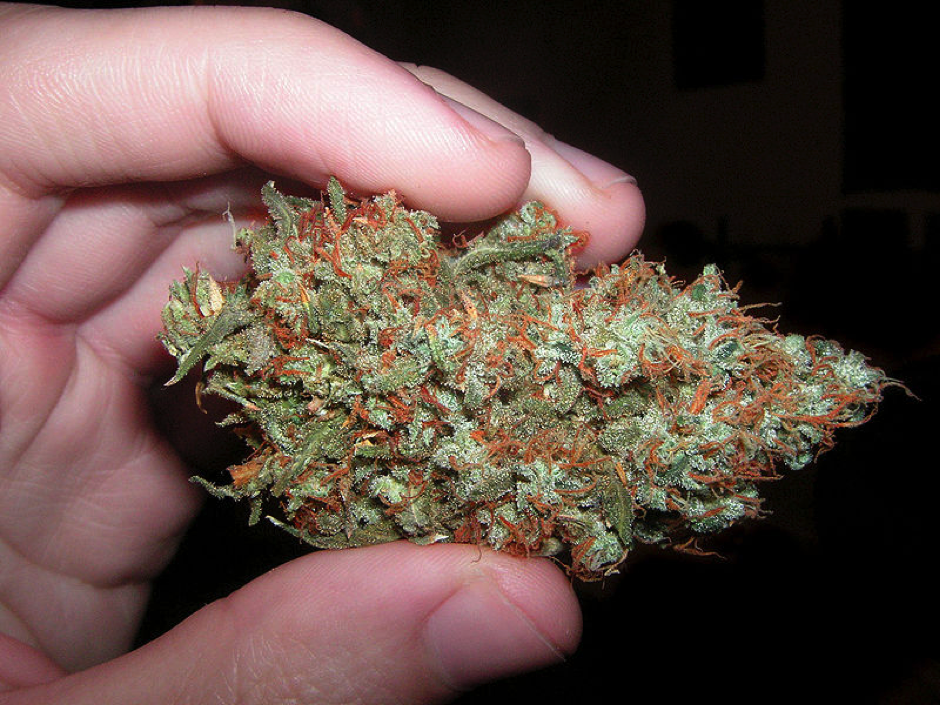 Cannabis stronger now or in the past?

The debate as to whether cannabis is stronger today than it was a few decades ago rages hard on both sides of the argument. Anti-cannabis campaigners are constantly floating the baseless suggestion that as cannabis is stronger today, it poses a bigger ‘danger’ than it ever did to public health. On the opposite side of things, pro-cannabis groups admit that cannabis is stronger, but this in turn means you need to use less of it…hence it’s actually safer. And this latter group will also tell you that quality standards are higher and consumption methods more refined, so there’s really no cause for concern.

Of course, you’ll always find those who refuse to take either side of the argument, having long-since reached the conclusion that it’s all BS anyway. They don’t believe cannabis today is stronger than it used to be, meaning they find the whole debate null and void.

But what’s the truth? Is cannabis really stronger these days? And if it is, why?

Back in the Day

Rewind back to the early days of cannabis distribution and you’ll encounter a time when quality was pretty much garbage. That is, unless you happened to live in one of the countries it was coming from. Cannabis would arrive to markets like the United States and others in the form of huge bricks, thrown together with all sorts of pieces by growers in Colombia and other areas of South and Central America. In these times, quality wasn’t really an issue of importance for anyone – you just got what you were given.

Having been declared a Schedule 1 drug in 1970, it became inevitable that the vast majority of the cannabis being smoked in the US came from abroad. In fact, it was estimated that around 75% of the cannabis consumed in the 70s did not in fact originate from growers in the US. Access to the stuff wasn’t nearly as prolific as it is today, which in turn meant that most weren’t too fussy when it comes to quality. The suppliers knew this, so didn’t pay much attention to quality control. To them, quantity mattered more.

On top of this, there was the inevitable fact that there would often be a pretty epic amount of time between the cannabis being harvested and it actually arriving in the hands of a smoker. It would usually take a least a number of weeks, maybe even months for cannabis to go from farm to final use, meaning that by the time it was fired up, it wasn’t what you’d call a premium product. The longer cannabis is left to dry out and decay, the more of its active compounds are lost. 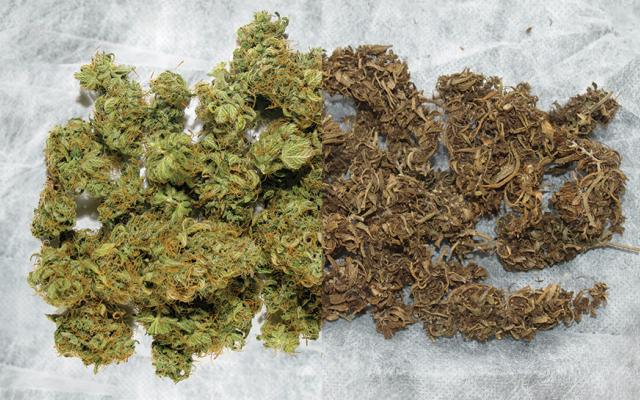 As time went by however, those using cannabis on a regular basis began to educate themselves more intensively on the subject in general. It soon became clear that the packages they were being provided with were in many instances packed with the kind of plant material they had no real use for. Stems, seeds, leaves and so on – to find a baggie with nothing in it but pure bud was borderline impossible. Slowly but surely, the cannabis community became aware of what it really needs and started to become more demanding.

During the 80s, there came a huge leap forward in hydroponic grow systems, along with the kind of technology that made it possible for DIY growers to up their efforts. Americans in unprecedented numbers began growing their own on a modest scale at home – some taking things to a full-size industrial scale.

The fact that cannabis was being grown locally and on a much wider scale meant that for the first time, massive emphasis could be placed on quality above simple quantity. And it was, as growers began cross-breeding all manner of strains to create new and improved types of cannabis for true connoisseurs. There was still a huge market for low-grade cannabis at rock-bottom prices, but the availability and quality of the new weed hitting the scene led to marked reduction in prices for the good stuff. In addition, the amount of weed coming in from abroad began to fall. 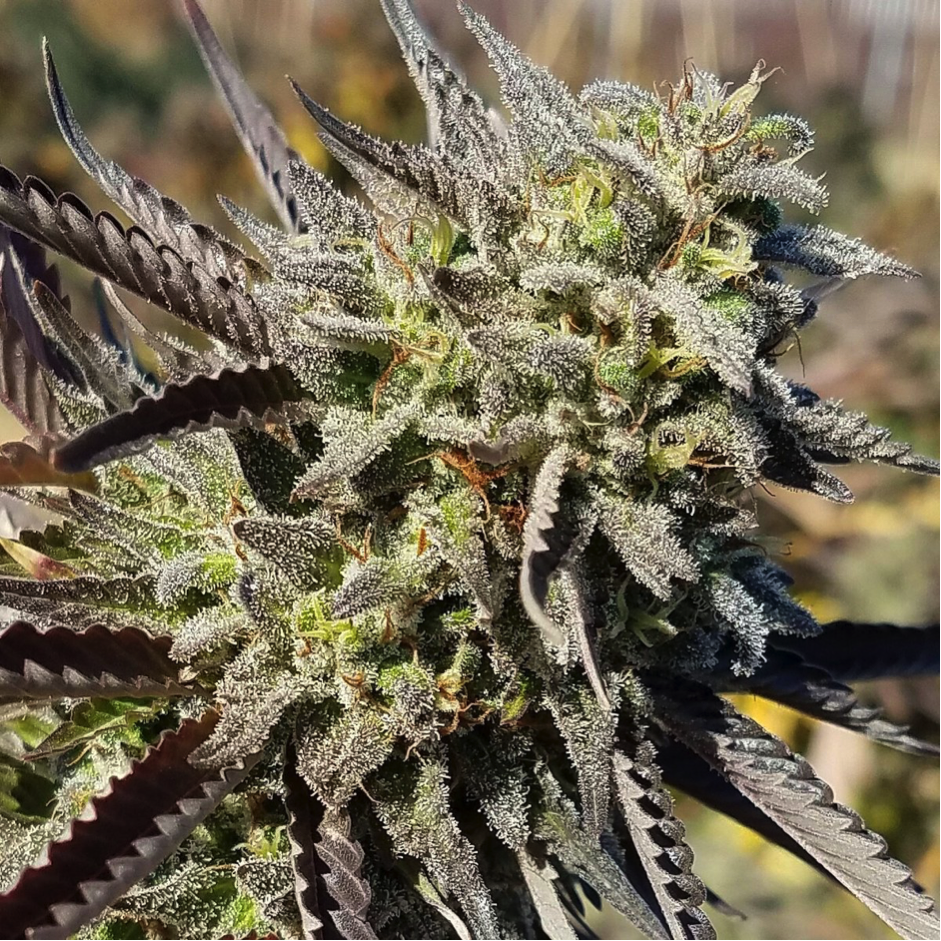 From the late 90s right through the turn of the new millennium, the home-grown cannabis industry in various countries all over the world exploded in size and power. As it became the norm (not to mention easier than ever before) to both cross-breed cannabis strains and focus on massive yields, the world soon entered an era where pure bud was really the only type of product considered acceptable. Maniacs in laboratories all over the world were and still are cooking up all manner of incredible strains, which in some cases are the most powerful and potent the world has ever seen.

Unsurprisingly, the legalization of medical and recreational cannabis in countless countries and regions worldwide gave anyone with the intention to do so the green light to start their own experiments. The battle to create the strongest strains on Earth has been raging for some time now, though has already produced the kinds of strains that could floor an elephant with a single hit.

So going back to the original question, it seems the answer is pretty obvious. 30 years ago, cannabis generally had a THC content of less than 10%, while these days it’s easy to pick up strains with a whopping 25% THC. That’s a pretty huge difference and concrete evidence that cannabis these days is stronger than it has ever been.

The true answer is…it can be, but it doesn’t have to be.

Cannabis strain engineering is not…contrary to popular belief…only about creating the highest THC strains in the solar system. Instead, it’s about creating strains that appeal to all needs, all tastes. Which means that just as there are strains crafted from the ground up for epic THC levels, others are engineered to produce little to no THC at all. Indeed, there are hundreds of strains out that there that contain 10%, 5% or even less than 1% THC. Which means that if you don’t want a THC powerhouse of a strain, you don’t have to have one.

And there you have it – the answer to the question is that today’s weed can be stronger if you want it to be, though doesn’t have to be. It’s all about personal preferences, though the one thing you can say about weed today for sure is that in most cases, at least you know exactly what you’re getting. Back then, you generally had no idea what you were smoking and just had to take your chances with what you were given.

How do you prefer your strains high THC or low THC? Let us know in the comments.