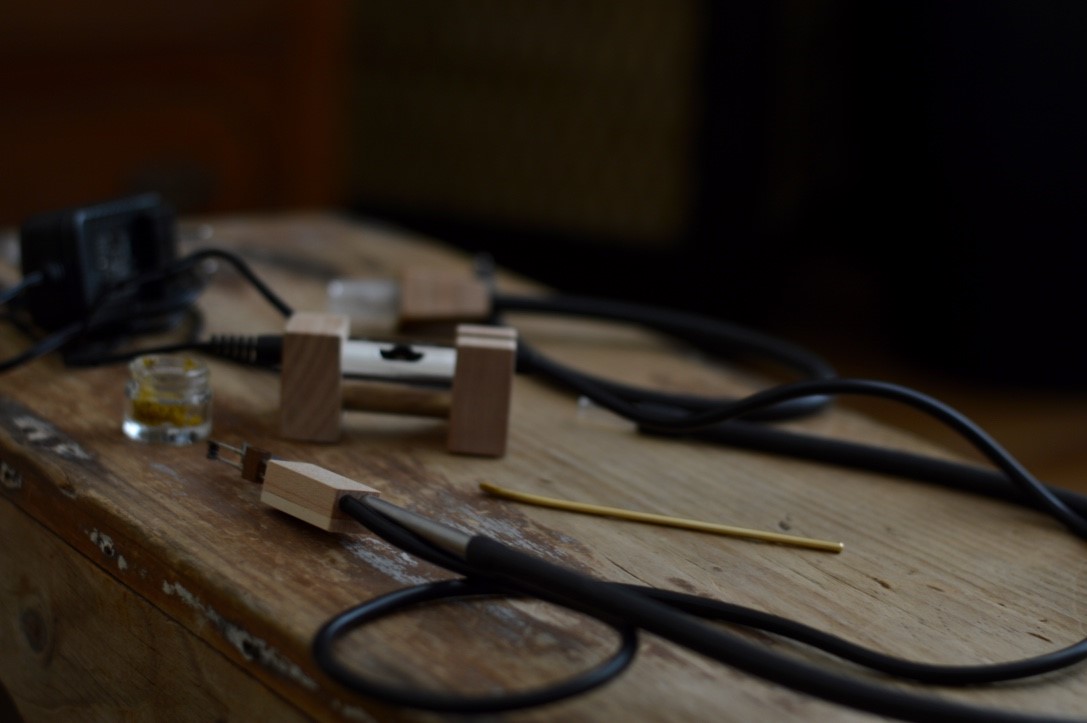 Vaporizing is the new juice cleanse of cannabis: a clean alternative to smoking without carcinogens. And with ever-growing technology, flavors are enhanced rather than compromised. With these advances, devices have improved in addition to the concentrates. No longer are you confined to a hunky piece plugged into the wall, nor are you restricted to using only flower. Oils are a great way to medicate on the go, but shatter and wax is the top-shelf, freshly squeezed juice.

For 4/20 this year of 2017, Magic Flight Box came out with a new device for dabbing called JaK D’Rippa. An interesting choice of a name because I had expected the machine to be a brutal, deadly murderer. Rather, I found it enjoyable, like a new friend, because my shatter was very tasty and gave me a pleasant high. The only other quality I would have found irresistible would have been the mobile ability. I understand that these devices that are plugged into the wall have a much better consumption quality. The vapor is much more profound than its counterpart the portable. This makes the most out of your cannabis and your time. Though, my preference is portable for ease and sake of time.

However, as someone who likes to try new things, I gave JaK a chance.  Because I was offered this advance dabbing tool for review, I am quickly converting to a dab girl. Being the purest extract, shatter and wax provides the tastiest and most concentrated high. One hit can go a long way. And let me tell you, with the right device, it can go for even longer. This was my experience with JaK D’Rippa, Magic Flight Box’s newest dabbing device.

First opening the box of the device, I was intimidated. There were many pieces and lots of tubing. The directions only had a picture of how the dabbing tip should look like, but determined, I assembled. The set up was intuitive and took me a couple of minutes. I realized there were extra pieces which I later found out can be used for additional rip options.

I am very pleased with the temperature gauge. There are three different heat settings which I was able to adjust to my preference of hit strength and to the type of cannabis I used. There is virtually no charging time and the device worked as soon as I plugged it in. 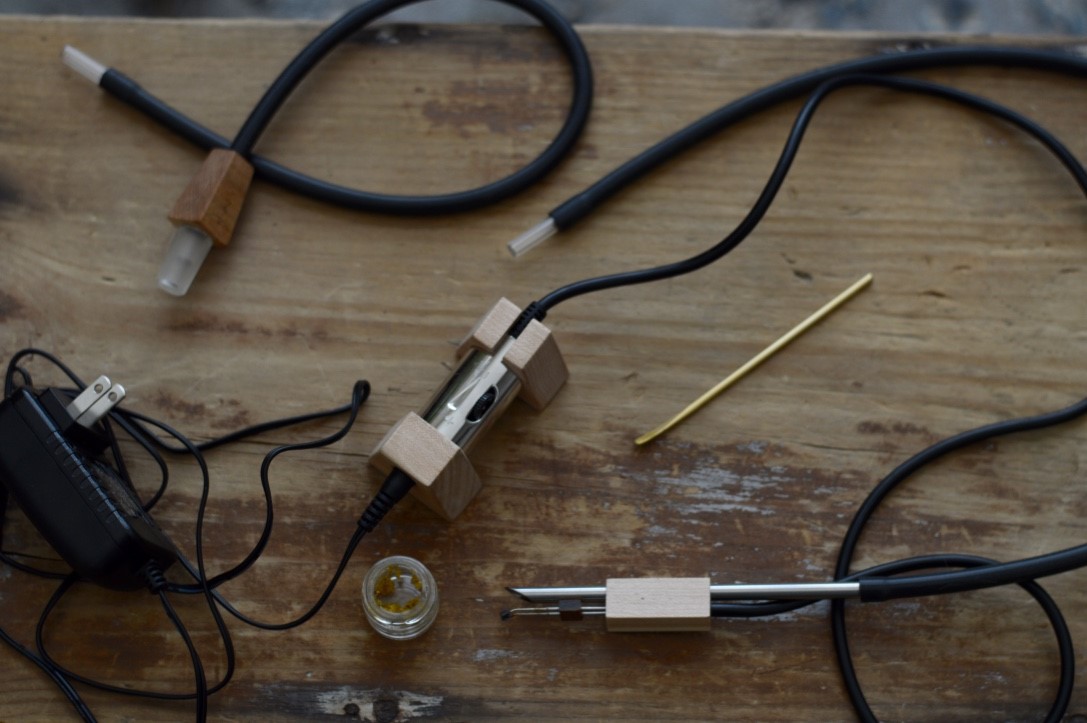 The JaK D’Rippa design is simple and sleek – easily identifiable with the Magic Flight Box brand. I love their use of wood rather than metals or plastic and I think this alone makes their products far more superior. The largest piece is the temperature gauge, with a metal cylinder squeezed between two little wooden rhombuses. It is identifiable by a plus and minus sign and a dial positioned on the cylinder. On one side, the chord that plugs into the wall connects, while on the other side, the thinnest and longest tube fits. This tubing fits into a wooden rectangle that contains the heating button, just next to a bigger whole for the mouthpiece tube (connected to a metal piece). This wooden rectangle fits the metal heating tip and a hollow metal cylinder with a slanted opening ,which faces upward towards the tip.

I didn’t notice until after my first hit that there were two types of heating tips, the Rip-Receiver which has a wooden circle around it and the Rip-Tip. All in all, I was very impressed that the extra accessories were included.

Everything fit well together, meaning nothing was loose. Each piece was crafted specifically to fit easily and sturdily. The tubes are not flimsy and seem like they would last a very long time. The mouth pieces were comfortably crafted. The temperature gauge is a very important feature and the burning button was discrete and functional. The only downside I can foresee is its snake-like length. Easy to get twisted up and prone for falling off tables, I found I can easily enjoy this product set up on the floor. I would be best if it was kept in one stationary spot to avoid the twisting of tubes and delicacy of moving it. I moved my contraption a couple of times and the metal tip of the Tip-Rip already seems to be coming off. The device is not meant for traveling, and, in my opinion, not even for storing away. The problem with leaving it on the desk or a side table is that it takes up a huge portion of space with all of its tubes and wires (see photo).

When I finally stopped marveling at my JaK D’Rippa, I put it to use. The hit was smooth and undetectable with a short inhale. I was very impressed with the heating button which was fast and precise and eliminated the need for fire. I first used the Rip-Receiver. This accessory created flavor-rich vapor, though, I experienced a lot of vapor loss with it. The draw was much more intense, but may be well suited for some dabbers. When I changed to the Rip-Tip, I was much more satisfied. The hits were much smoother and created less vapor loss.  I was able to use the Rip-Tip like a spoon and dab the shatter or wax right out of its container. This is very desirable – implying no extra or unnecessary clean up. This ingenious design of the tip eliminates mess and waste.

Obviously this is a new device, so I may not be familiar with the maintenance just yet. From a general inspection, however, it looks like the design was created to eliminate maintenance and cleaning all together. I suspect the tubing will develop a film of residue at some point and will just need to be thrown away and replaced. This makes the device not very environmentally friendly. 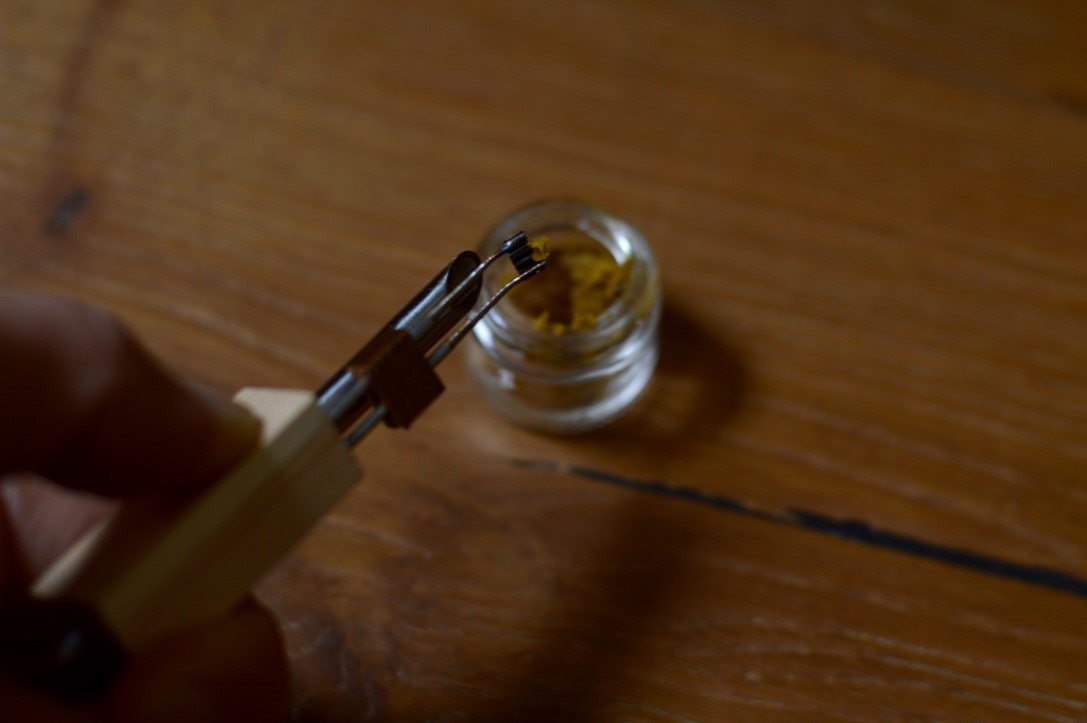 Photo by Anne Loupy of 38 North

For the serious dabber, who has turned to wax /shatter concentrates and won’t look back, will really enjoy this product. The simple and sleek design is optimal and aesthetically pleasing. The intense and concentrated rips are desirable, meaning less concentrate is needed for more of a high. Though, it seems to be delicate and easy to drop, twist-up or even damage. I enjoyed this product though I was content with vaporizing my flower and oils. For someone like me, there isn’t a huge appeal to buy such a contraption. Though, now that I have it, I am an advocate of Jak D’Rippa for certain highs and purposes.

+ wood material vs. plastic or metal

For nine pros to three cons, I think most of us would be ecstatic. Being a little overwhelmed in the beginning may be another to list in the right column, but the set-up is so simple that it easily counterbalances the con. There are a few extra pieces, however, that caused me to pause for a moment. I wasn’t really sure about the extra hose and tip. For a brief moment I thought I had assembled everything wrong and panicked, but with a quick search on the internet, I was confident in my work and found out what the other pieces were for. I added the third con because I think that it would be helpful to have detailed instructions with pictures for reassurance. Overall, my rating for usage, design, and quality is really high and that is exactly where JaK D’Rippa will get you.

Have you tried the JaK D’Rippa? Tell us what you think in the comments below.