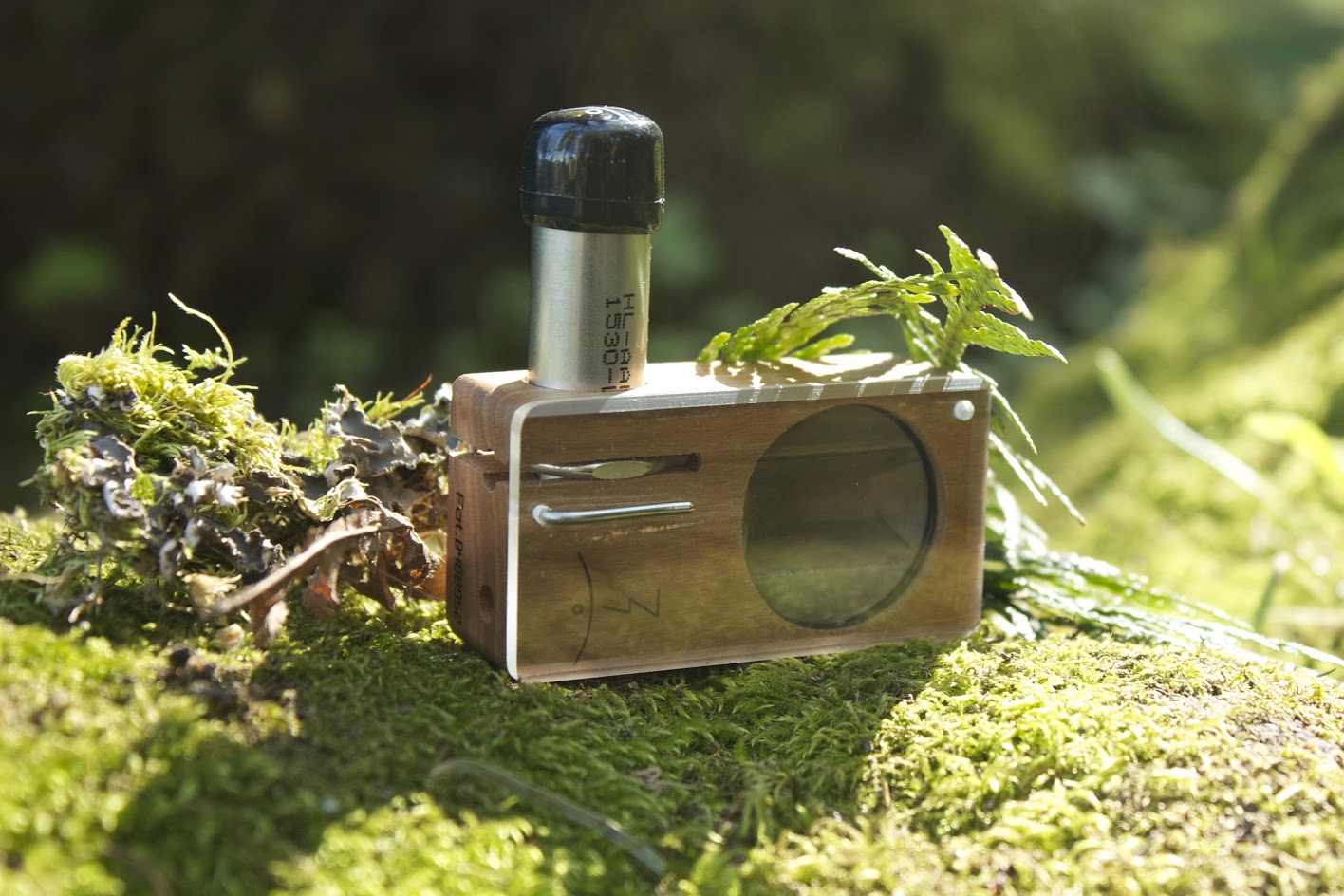 Simple, stylish, small, and full of flavour, the Magic Flight Launch Box is full of surprises. As someone used to electronic dry herb vaporizers I had no idea what to expect. Battery powered, carved from wood, an instruction booklet the size of a novella and no temperature control was a little concerning. I’m happy to admit that my misgivings soon vaporized (sorry I couldn’t resist!), as over the last few months the Launch Box found its place in my collection as an often used vaporizer.

The Launch Box isn’t for the heavy user, or for someone trying to get ripped as quickly as possible. This is a device to be used when you want to take your time over a session, it is the country walk of portable vaporizers. You choose herb with good flavour, pack it then slowly hit it over a period of hours as you enjoy the flight. This isn’t to say that you won’t get ripped but I find the effects creep up and are heady, light, and pleasant rather than the overwhelming hit to the face that many who dab or smoke are used to.

When my Magic Flight Launch Box arrived, I opened the package and admired my new vaporizer. The first thing that stood out to me was the size, I was very surprised at how small it is and how comfortably it sits in my hand. I have the standard version made form Maple, as it is the latest release it also has a tiny ring where the battery connects. This feature stops you wasting herb as when you release your finger the battery automatically disconnects unlike on some previous models.

It comes with everything you need to get started. The tin is a nice touch and I use it to store your device when not in use. It contained a glass mouth piece, two batteries with rubber ends, a tiny brush for cleaning the device and a charger for the batteries. Also, thanks to Magic Flight for including an adapter so I could use the charger here in the UK!

The charge time and usage achieved is easily the biggest disappointment I experienced using the Magic Flight Launch Box. It took around 4 hours to charge the 2 AA batteries that come with the device, you cannot use other AAs as they have had the head of the positive end stripped away to work in the Launch Box. Then after waiting an age to charge they drain pretty quickly, I normally fill the device two times before needing to change battery and if I used this as my sole device I would have to invest in more batteries as a minimum and possibly a charger that can speed up the process.

Packing and How to Use the Magic Flight Launch Box

It takes a little practice to get the most out of your Launch Box and a good grinder will certainly help. I have a beautiful old wooden grinder, with prongs, which has served me well for almost two decades. It gently breaks up the buds into nice manageable pieces, perfect for blunts, my electric vaporizers and spliffs. The pieces were just a little too big for the Launch Box and I found that I was wasting precious bud. After a week or so of this I started to take 2 or 3 draws just to ensure the bud was bone dry and then would use my fingers to gently rub the bud into a finer consistency.

This certainly did the trick, as from then on, I managed to vaporize the bud to that light brown consistency I am used to when finishing a session. In the future, I will be buying a grinder that can get the fine consistency needed, as I will certainly continue to use my Launch Box for years to come.

When vaporizing I used two main techniques, the Slow Draw Technique as seen in the video below and the Sipping Technique. These both have different effects on the vapor and the high I experienced. It was also important to keep moving the bud around during the session to extract all the goodness, sometimes I stirred and sometimes flipped the box over.

This technique is a simple as it sounds. It involves pushing the battery into the circuit and waiting for around 5 seconds, you will then see a small amount of vapor form on the screen. At this point you start to draw slowly through the mouthpiece, gentle is best as it helps to maintain the temperature in the device, for around 10 seconds or so. Then you release the battery and continue to inhale for a second or two to clear the chamber and enjoy the flavour. With this technique do not pull too hard as the airflow will just cool the chamber and vapor production will drop off.

This method took some getting used to as you will find the flavour is amazing, possibly the best flavour of any vape I have tried yet, but there is no vapor exhaled. I tried this technique with a few friends who consider themselves hardcore smokers but had enjoyed using the PAX 3 with me, they didn’t enjoy this at all as they just kept questioning where the hit was. However, friends who had been converted to vaping, loved the flavours produced by this nifty little device.

The sipping technique is more difficult but is easily mastered with a little practice. The idea is to take short intermittent hits whilst holding the battery in so that the herb continues to heat between pulls. It’s just like short sharp blows on a whistle, but in this case, you are sucking. With this method, the flavour isn’t quite as good but vapor production increases. You do have to be careful that you don’t overheat your herb using the sipping technique, leaving too much time between pulls will see your herb begin to combust.

Temperature control is purely down to the techniques you use and a little practice so if you are looking for precise temperatures then this isn’t for you. If you have a little patience and a small budget then it is worth the time it takes to adjust to how the Magic Flight Box works. 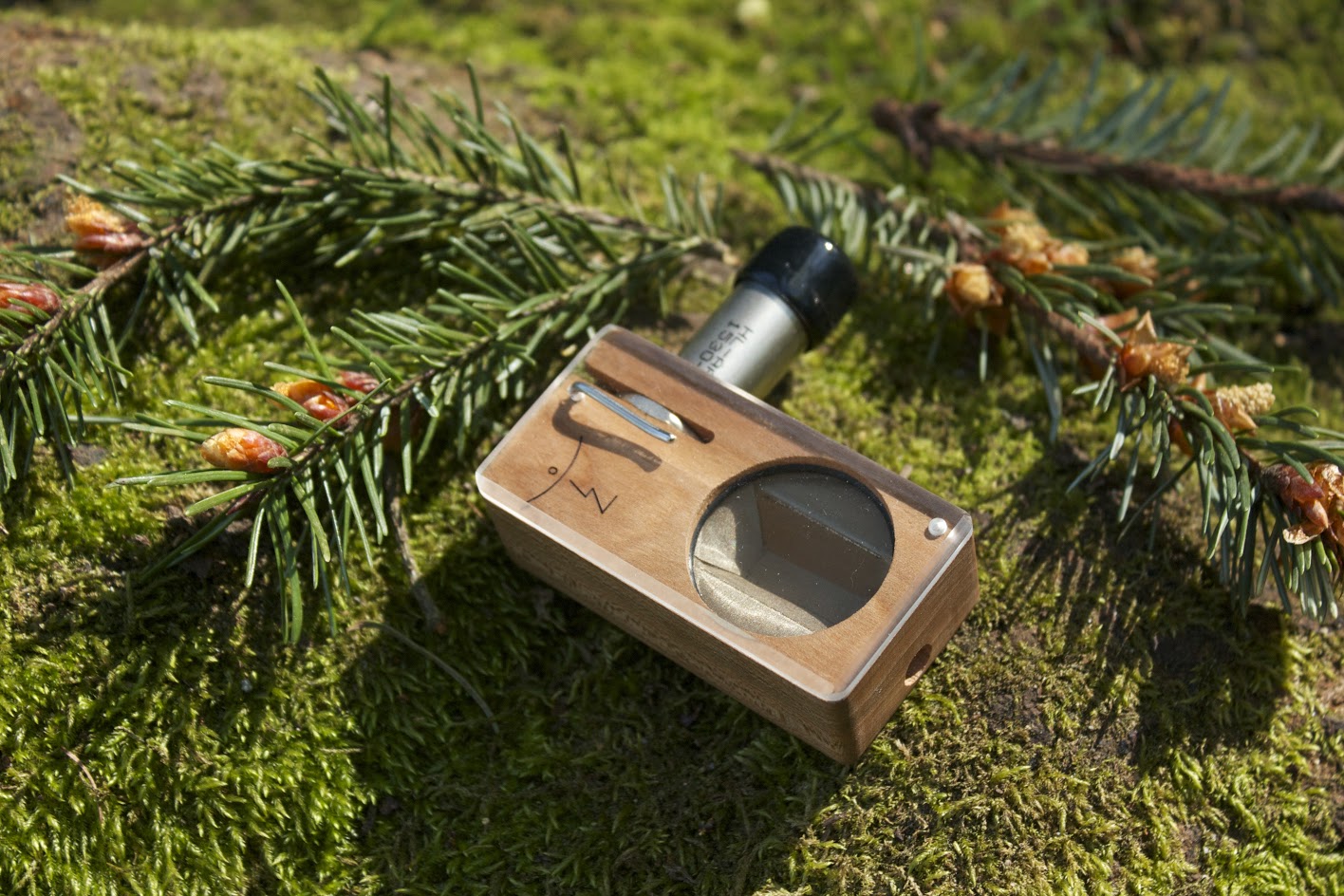 The Box feels solid and has no obvious weaknesses, Magic Flight are obviously confident otherwise they wouldn’t offer a life time warranty. Ultimately though the simplicity of the box means that there is little that can go wrong.

Cleaning is easy! All my other vapes take time, effort and special kit to clean all the gunk that invariably ruins the airflow. My Magic Flight Box takes 5 minutes. I brush out the trench and remove the glass stem which I soak in warm soapy water (if it’s too dirty I use a little Isopropyl) and that’s it, ready to go again. I may give the wood a new coat of oil one day but I shall see how it goes. If it does require anything major then Magic Flight offer a lifetime warranty that covers the function of the box (not the light that indicates heating) even if I do something stupid like drop it mid-session.

If you do not have a large budget then a Magic Flight Launch Box must be in consideration. For $119 (less than £100 UK monies) you won’t find a portable vape that has such good flavour and long-term durability.

I enjoyed using the Launch Box and found it to be exceptional value for money, the taste is great and my only minor grievances are the temperature control and getting used to not seeing the vapor when I exhale. Will I be using the device regularly? I certainly will! Will it be the only device I use? No, there are times I will want something to hit heavier. If you want light vapor, good taste and a device you will use for years add this vape to your collection.

The Magic Flight Launch Box is available here for $119

Have you used a Launch Box? Tell us what you think in the comments below.