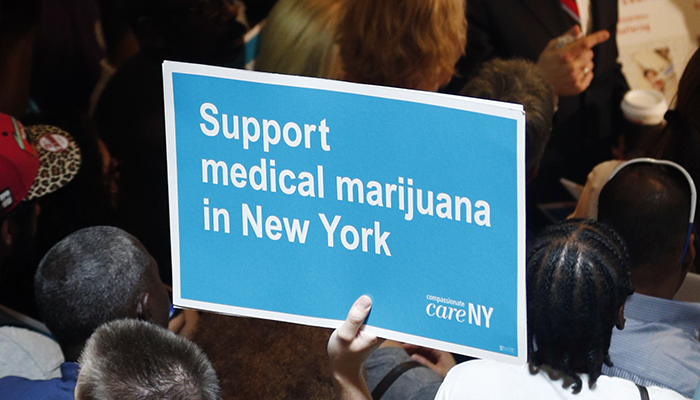 New York State finally legalized marijuana in 2016. It should be great news. But it isn’t. Any form of marijuana that can be smoked is illegal in New York. Medical marijuana is extremely expensive. The state has just a handful of dispensaries, so there’s not much competition. So, they are able to set their prices extremely high and insurance of any kind cannot cover medical marijuana due to it being illegal at the federal level. The state plans to issue additional licenses to bring prices down. Still prices would go down further if recreational marijuana were legal in New York.

I was told by my doctor, an expert in pain management, that medical marijuana liquids in New York cost $700 a month and that no insurance covers it. Earlier this year the medical marijuana to control seizures was $50 a day, which would be $1500 per month. This isn’t a cost covered by insurance. Making Medical Cannabis so unaffordable should be seen as discriminatory towards patients who really need marijuana for major illnesses like epilepsy, HIV, cancer, chronic pain, irritable bowel syndrome, or a host of other chronic illnesses. As horribly expensive as this is, prices have actually been falling.

After the doctor determines you have a qualifying condition, they get the required medical records from previous providers or sends the patient to get the relevant lab work or examinations. The doctor then issues the relevant letter. With the letter in hand, one goes to My New York and creates an account if one doesn’t already have an account for New York government services such as driver’s license, professional license, unemployment, etc. After enters the number of the medical recommendation for cannabis, one uploads the doctor and awaits for the recommendation of the cannabis card.

As much as the current medical marijuana practices are lacking in New York, they’ve already had some positive effects on the medical profession. Not only have a number of doctors and hospitals come out in support of medical marijuana, but research is being carried out. The College of Albert Einstein Medical School and Montefiore Hospital are doing research into whether access to medical marijuana reduces opiate use among HIV patients. Many HIV+ people suffer from chronic pain and as no one overdoses from marijuana it is certainly safer to have marijuana as a painkiller than opiates.