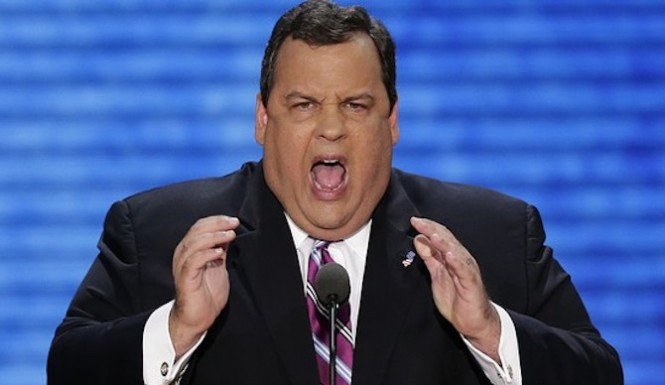 In October New Jersey lawmakers including Senator Nicholas Scutari, Senate President Stephen Sweeney and Assembly Majority Leader Lou Greenwald led a delegation to Colorado to witness the impact of Cannabis legalization. Whilst there they met health officials, farm and dispensary owners and the people who drafted the amendment that was voted on back in 2013. They attended with the mission to find out as much as possible and ensure that they can improve on the Colorado laws for their own state. After seeing the great work happening in Colorado, Senate President Stephen Sweeney said that legalized Marijuana will be a “game- changer” before declaring his intent to change the law as early as 2018. Gov. Christi had already been on record as saying he will veto any bill that attempts to allow recreational Marijuana in New Jersey and after this tirade we can see why Sweeney is waiting until 2018.

In this 3 minute video Christie puts on a display that embodies all of the propaganda of Harry Anslinger and the Reefer Madness movement that made cannabis illegal in the first place. He begins by belittling the caller who asks the question by immediately asking him “Are you high right now” as if that has any bearing on the matter at hand before launching into “To me, legalization of Marijuana, for tax purposes, and that’s the only way people justify it, because you can’t justify it any other way, is blood money”. Now I’m not sure if Christie is aware, but someone should probably let him know, that tax is far from the only reason to legalize Marijuana. How about the social cost of criminalizing a drug that has little to no negative health effects on adults. In the USA over 1 million people are arrested for cannabis related offences every year, many for just being in possession of just small amounts. This is an extreme waste of public funds that could be used to police serious crimes such as murder, sexual assault and corruption. That’s before you even mention the disproportionate amount of black men and women who are convicted of cannabis related offences, which creates another barrier to success for a group of people already discriminated against in American society.

He further perpetuates the myth that Cannabis is a gateway drug. “I have watched too many kids start their addiction with Alcohol and Marijuana, and then move on to much more serious drugs, and every study shows that Marijuana is a gateway drug, and studies have shown that Marijuana causes damage.” I’ve never read every study and I doubt Gov. Christie has ready any of them but we all know this to be false. Most people who use or try cannabis never even contemplate trying other substances. According to the National Institute on Drug Abuse;

“The majority of people who use marijuana do not go on to use other, “harder” substances. Also, cross-sensitization is not unique to marijuana. Alcohol and nicotine also prime the brain for a heightened response to other drugs51 and are, like marijuana, also typically used before a person progresses to other, more harmful substances.

It is important to note that other factors besides biological mechanisms, such as a person’s social environment, are also critical in a person’s risk for drug use. An alternative to the gateway-drug hypothesis is that people who are more vulnerable to drug-taking are simply more likely to start with readily available substances like marijuana, tobacco, or alcohol, and their subsequent social interactions with other substance users increases their chances of trying other drugs.”

How About We Legalize Heroin?

Gov. Christie adds the icing to the cake when he then uses the argument that if we legalize cannabis then we may as well legalize all drugs for tax purposes saying “How about we legalize Heroin? Under you argument if we can make good tax money of legalizing Marijuana, imagine what we could make off of Heroin?” Well Chris indeed Heroin in itself isn’t legal but the USA does currently have an enormous problem with Opiates, taxed, pharmaceutical owned, legal Opiates. This is a genuine problem killing American citizens everyday with a rising number of deaths every year.

Christie finishes by continuing with the lazy stoner stereotype that so many have been fighting against saying “Watch what happens to productivity, watch what happens in our schools, I’m sorry, I’m going to be the impediment, will continue to be the impediment, because I have watched what drugs do to children and adults in our society and I am not going to do it for even $100,000,000 in tax revenue”

Roll on 2018, when the people of New Jersey get the chance to vote on a Governor who has opinions based in the real world, using actual evidence to form their opinions rather than trotting out propaganda that the rest of us know to be false. In the meantime why don’t you contact the Governor and let him know what you think.

Or email him on his site here http://www.state.nj.us/governor/contact/

What do you think of Gov. Chrsities stance? Let us know in the comments below.